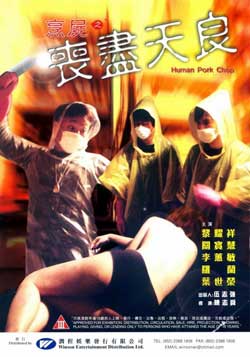 Temporarily homeless after breaking up with her boyfriend, Grace needs a place to stay. A friend introduces Grace to her pimp, and soon after getting high she steals a few thousand dollars from his wallet while he is asleep. He sets his goons on her, and after getting tired of waiting for her to pay up, they abduct her. They keep her locked up for three weeks, torturing and degrading her, until letting her die of an overdose. They then hack up her body, cook parts of it, and dispose of the pieces. The cops soon arrest them and they are eventually convicted.

In Hong Kong in 1999, a young woman was kidnapped and hideously abused for several weeks. When she died, her captors decapitated her and stuffed her head into a Hello Kitty doll. The case became known as the Hello Kitty Murder, and two films dramatizing/exploiting these events – released simultaneously – materialized in 2001: There is a Secret in My Soup and Human Pork Chop. 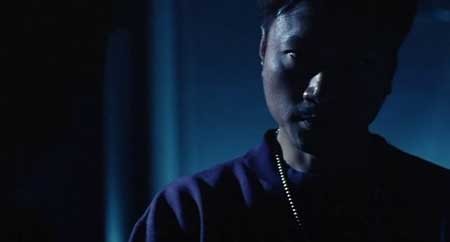 Both films begin in a similar fashion, with investigating officers making a stomach-churning discovery and interrogating the suspects after their arrest. Although Pork Chop is apparently less faithful to the details of the actual case, Soup utilizes a more sensationalized approach. Having said that, Human Pork Chop is so relentlessly grim and scuzzy that you’ll have one foot in the shower once the end credits start to roll. 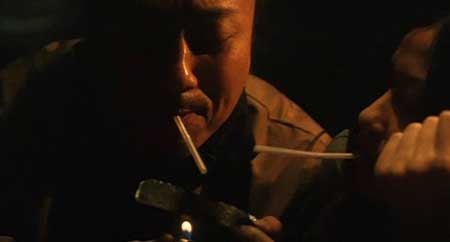 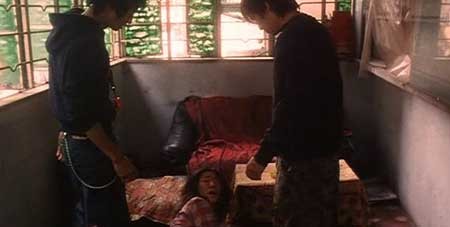 We know the men who torment her mean business when the younger two take a cute dog, stuff it into a sack, and bash it against a wall in public. Together with the older ringleader and his wife, they beat and kick their captive (even suspending her from the ceiling and turning her into a “human sand bag”), drop melting plastic onto her skin, dunk her head in the toilet and force her to eat shit. After her death, the film finally throws in some gore; when there’s a dead body to be disposed of and the killers are wearing gloves, raincoats and surgical masks, you know the movie is finally going to earn its title. 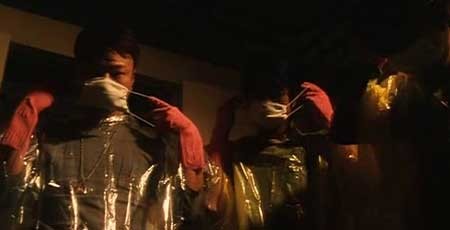 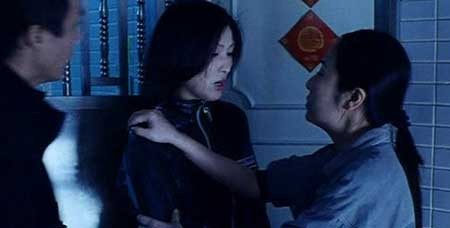 They hack pieces of her body off and saw through the tough bits, amassing a grisly assortment of sloppy entrails and rubber appendages. Hands and feet and even the head are boiled in soup, although it is unclear how much of this is actually consumed by the three men. The most widely circulated version of Human Pork Chop shows evidence of minor cuts in these final scenes, as well as during the fecal force feed. In fact, for all its sleaze and unpleasantness, there is no nudity, little graphic violence, and an almost complete absence of sex in the film.

The humourless and downbeat tone gradually wears the viewer down, though, as Grace (Emily Kwan of The Untold Story, another Category III film involving dismemberment and the serving of human flesh at mealtimes) is subjected to more and more degradation and sinks further into a dehumanized, crystal meth-fuelled stupor. Hard as it might be to believe, the facts of the actual incident were even more horrific.

Members of a triad, the three men were eventually convicted – not of murder, but of manslaughter and unlawful imprisonment. The film upgrades their punishment to a life sentence for all three. It avoids delving into the psychology of these wretched creatures – but still, how do you deconstruct the mentality of a bunch of guys who refrigerate their chow mein next to a severed head? 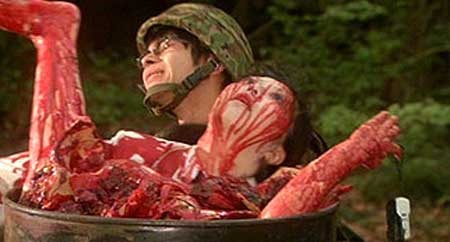 There are two lessons to be learned from Human Pork Chop. The first is that old chestnut of exploitation films ranging from The Last House on the Left to August Underground about the banality of evil. As for the second, well… the next time you eat in a Chinese restaurant, you’ll probably spend more time analyzing the menu than eating the meal. Better stick to vegetarian.