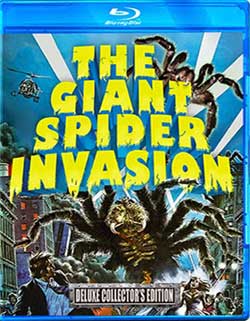 There are good movies, there are bad movies, there are bad movies that are so bad that they are good, and there is the Giant Spider Invasion. Make no mistake, this 70’s B-movie is a fun time and is enjoyable to watch, mostly because it just doesn’t take itself too seriously. Instead, it Is a schizophrenic script that goes back and forth from trying to be serious to simply not caring and, oddly enough, it works.

Of course, if one if going to shoot a B-movie in the 70’s, one simply cannot go wrong by including “the Skipper”, Alan Hale and ensuring that his first appearance opens with him calling someone “little buddy”. Then take Barbara Hale (no relation) and bring her husband Bill Williams in, and toss character actor Steve Brodie and his son Kevin into the mix. Shake and let sit. 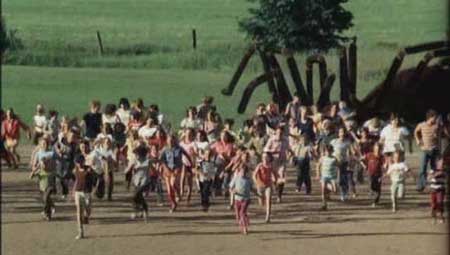 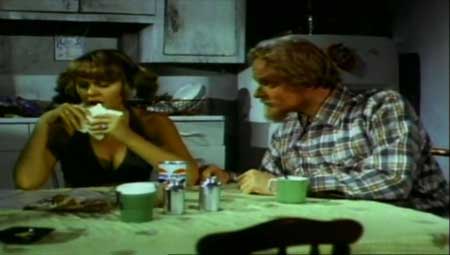 Now, this is obviously not going to be a high quality production. The extent of cinematography seemed to be zoom in/out and the science involved was…well.. So a black hole strikes the earth and opens up a trans-dimensional rift through which things emerge. Yes, things come out of the black hole which is seen as a white streak as it crosses the cosmos on a collision course with our planet, repeatedly for the first 10-15 minutes of the movie. So, it is not a black hole then. Why the astronomer and the scientist from NASA would think it was a black hole we can chalk up to lazy 70’s writing and an aversion to the reference section of the library. Then there are the diamond filled geodes, and all of the bad commentary about diamonds from the guy put forth as the town expert on precious stones.

Seriously, this is not a movie for realistic portrayals of science. Of course, for nearly the first half hour of the movie I was wondering if this was going to be a good movie for the inclusion of giant spiders. Indeed, for the first twenty seven minutes of the 84 minute viewing time, we see no spiders at all. The first time we do see one it is the standard 1970’s spooky spider favorite, the tarantula. Sure, it is a tarantula that can apparently crack its way out of a diamond filled geode, and it can apparently spin webs (that appear and disappear at will) but it is certainly a tarantula. 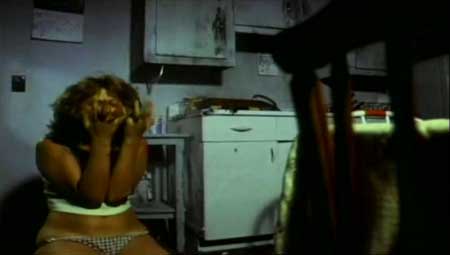 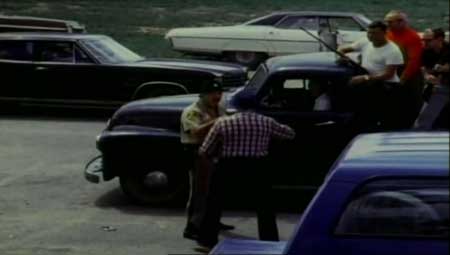 Trite and clichéd as it is to use a tarantula, at least it gives the creep factor for those who are bothered by spiders. It isn’t until a full forty minutes in that we are introduced to our first, actual, giant spider as it lunged out from a dresser drawer. How a spider that large got inside the dresser notwithstanding, the reveal isn’t bad (far better than the spider effect itself). The director uses a bit of misdirection a few times in the movie to make the audience think that their assumption they are about to see a giant spider is wrong and so when you finally see a giant spider? Frankly, it is rather gratifying.

The first half of the movie plays out a bit oddly. No real horror, no real science, no real setup, just providing a few introductions to the characters of the film, their particular peccadilloes, and their biases (the NASA scientist, upon meeting the female PhD astronomer asks for her father, husband, and brother before realizing that she is the person he is seeking). We also get a bit more of the folksy, homespun, dialog of the sheriff with such lines as “Geiger counter? We don’t have no geigers around here. Never did.” So, with a story rather scattered between scientists searching for truth, locals trying to sell diamonds, a bit of adultery, and very little spiders, one might wonder when things get good. The fact is, up to this point it is slow (very) but not horrible. At the halfway point though, things get fun. 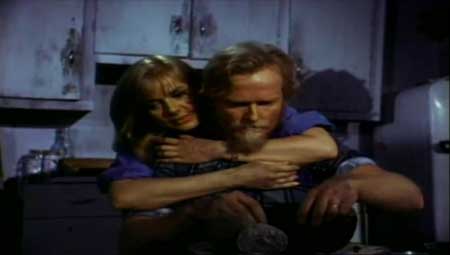 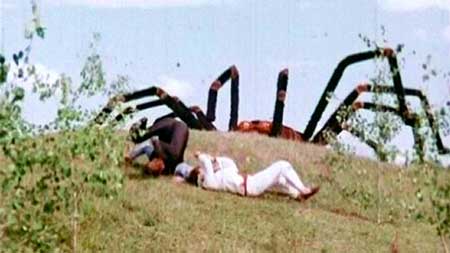 We are treated to a giant spider swallowing a man whole; giant spiders that are obviously built atop Volkswagen bugs as they race around a little league game; a man driving into a tree (with a subsequent car explosion) because of a tarantula in the car; a house-sized spider with two giant white eyes, and so much more. But when the locals decide to round up a posse to go riding out after a giant spider while the police seem more concerned about the posse than the spider? We’re talking good times. Word spreads far and wide pretty rapidly about the spider attacks…except to the carnival. Did we mention the carnival? We should probably say something about the carnival. It looks to be bad home movies for the most part. One would think it would detract but it just adds to the ridiculous charm of the movie. When the spider finally is attacking towns? The sheriff is calmly on the phone to the National Guard. In fact, the sheriff never loses his calm. So, by the time we are treated to a deputy knife-fighting an apparently bullet-proof, red-eyed, giant spider we have been thoroughly ensnared in the cheesiness that is this movie.

So yes, the science is awful, the writing subpar, the day for night scenes overused and jarring but the movie is just fun. This isn’t a good movie, but it is entertaining for the B-movie buffs out there.

Two and a half out of five stars.

The Giant Spider Invasion (1975) is now available on VCI Entertainment