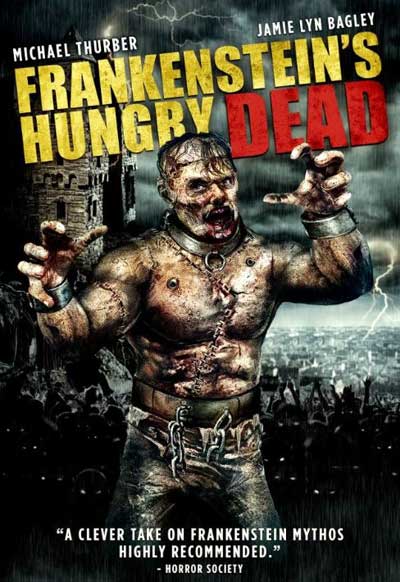 A Group of troubled teens become trapped inside a wax museum with a crazed Nazi scientist and his horde of flesh eating ghouls. Who will survive ? What will be left of them ?

Richard Griffin is the shit , this is all you need to know. Since the early 2000’s Mr. Griffin has consistently managed to write, direct , and even edit close to 30+ feature films,each one exceeding the other in both entertainment and style. Some of my personal favorite films of recent years have come from the vivid and fruitful imagination of Mr. Richard Griffin and the group of talented craftsmen that surround him. Splatter Disco ( 2007 ) is one of my personal favorite films of all time , its a sly and vulgar horror / comedy / musical set in and around a fetish nightclub , if you haven’t had the pleasure I HIGHLY suggest you seek it out A.S.A.P. So, it was with great anticipation that I eagerly awaited the release of Mr. Griffin’s newest feature film Frankenstein’s Hungry Dead …… I was not disappointed ! With Frankenstein’s Hungry Dead Mr. Griffin has crafted his best feature thus far, a loving homage to the splatter/gore creature features of the mid 80’s ala Frank Henenlotter with a sprinkle of early Troma. Yummy ? I think so. 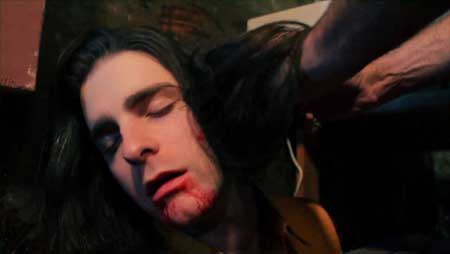 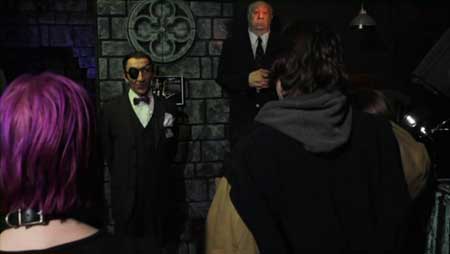 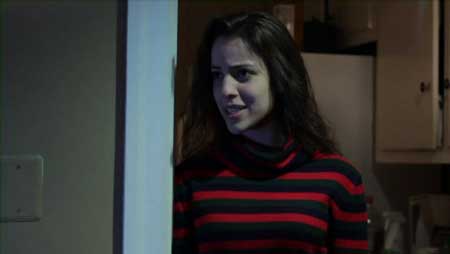 Frankenstein’s Hungry Dead starts with a dream sequence that is in all honesty one of the very best dream sequences I have seen in a long, long time. Mr. Griffin uses neon lighting and electronic music in such a way that it is able to induce shivers this old girl hasn’t felt the likes of since the early days of Ulli Lommel ( specific, the amazing Boogeyman 1980. Say what you will about Mr.Lommell’s current films but the opening 10 minutes of his Boogeyman are near orgasmic.) The dream scene itself is beautifully capped off by an awesome title sequence that is so perfect in its execution that I knew immediately I was in for something truly special.

The opening credits are done in such a way that it becomes clear right from the jump that not only does Mr. Griffin know how to create a loving homage to the great 80’s style creature features but that he knows how to do it in a way that doesn’t feel forced or pandering to the audience. You can’t emulate the way these films were made. There is a sincere sense of craftsmanship, an art form , in the making of a true blue creature feature. What Frankenstein’s Hungry Dead and Mr. Griffin have accomplished here is a true knowledge in the way these films are both constructed and presented to the fans, nothing short of brilliant and spot on. 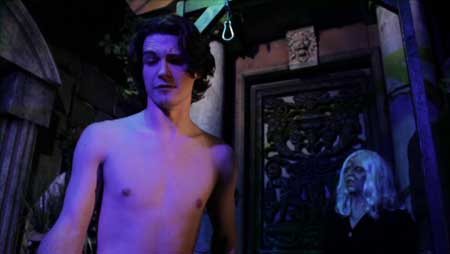 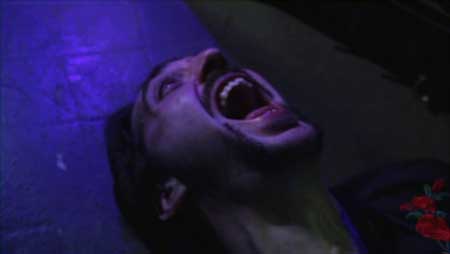 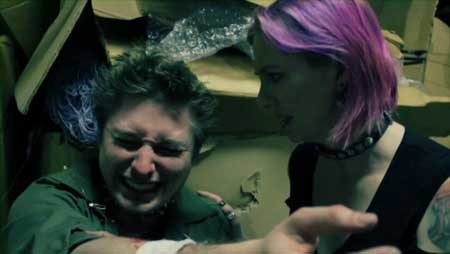 The character work on display in the film is also extremely fun and nuanced in terms of development , at the end of the day no one is going to accuse Frankenstein’s Hungry Dead of having any deep or emotional character work, but what is present is both fun and engaging. The inclusion of a gay couple into the mix is very refreshing and added a bit of a modern edge into the mix of old school tropes. The rather graphic gay sex scene may end up being a bit much for some to handle ,when measured against the other raunchy sex scenes on display it seems to be both justifiable and shocking in all the right ways.

The actors handling the material all seems to have a firm handle on what this kind of film demands and all step into their characters with gusto and ease , never feeling out of place, even the most over the top dialog fits perfectly into the fray and even helps to elevate the material to the level of nostalgia that it deserves. Dr. Frankenstein ( Michael Thurber ) is the standout performance , giving the right amount of delightful menace and sadistic pleasure , Mr. Thurber would be right at home in the early hammer films or right alongside Mr. Vincent Price himself.

The special effects on display in Frankenstein’s Hungry Dead are what truly make the film standout as a solid creature feature , refreshingly old school and practical, there is some truly gorgeous monster and gore work via visual effects artist John Dusek and makeup artists Jordan Pacheco and Eric Rodrigues. The tiny bit of CGI on display was only used in such a way that that it helped to elevate and enhance the gorgeous effect work and give the production a slightly more polished edge. 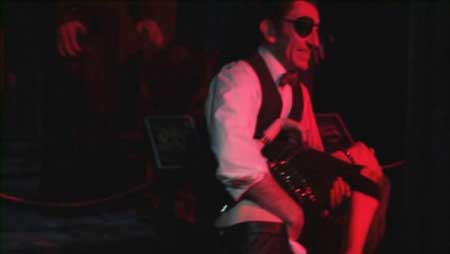 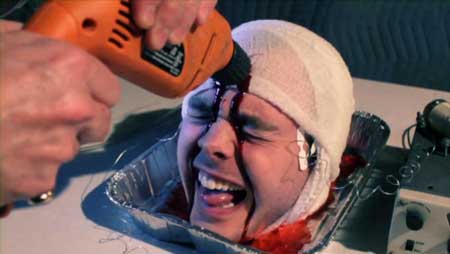 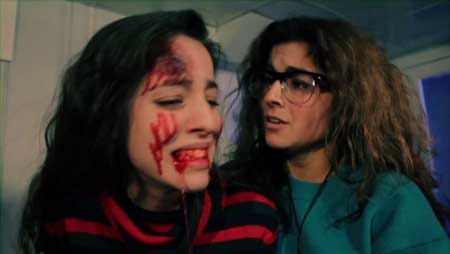 Frankenstein’s Hungry Dead is exactly the kind of horror films fans should cherish and flock towards. Mr. Griffin is the kind of director that has his finger pressed firmly on the pulse of the horror genre , a director that not only has a genuine love for the monster movies of the 80’s but also possesses the knowledge and talent to truly bring those creations to life. My advice to you is drop what you are doing RIGHT NOW and either rent or buy Frankenstein’s Hungry Dead A.S.A.P. One of the best horror films I have seen thus far in 2015.