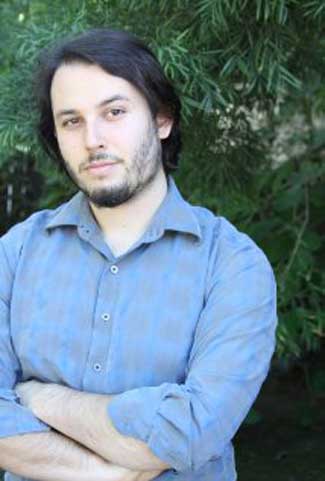 PERNICIOUS was written and directed by the young and talented Mr. James Cullen Bressack (MY PURE JOY, HATE CRIME, 13/13/13, BLOOD LAKE.) Bressack brings a story that is terrifying and he definitely gives Eli Roth a run for his money. He took time out to speak HorrorNews.Net about filmmaking, life and his new project he is working on.

per•ni•cious
adjective
1.    having a harmful effect, especially in a gradual or subtle way.

Where did the inspiration for the story of PERNICIOUS come from?

James- I was approached to write and direct a movie that took place in Thailand by the producer of the project. I looked up all these different Thai folklores. There is tons of rich heritage in Thailand. I found this real black market, Thai practice that started in the 1800’s. (The Thai black market is still active today.)

Is there more of a challenge to write or direct?

James- Making a movie is never easy but I always prefer to do both because I am visualizing how I am going to make the movie, while I am writing it.

James – It was great working with him. I became a fan of his after seeing ONLY GOD FORGIVES. I realized he would be great for this movie. It was a no-brainer to put him in this movie.

Why did you decide to name the film PERNICIOUS?

James- I like the way the film has a little bit of a slow burn.

Will there be a sequel to PERNICIOUS?

James- We definitely set it up with the possibility of a sequel at the end. It all depends on how well the movie does. 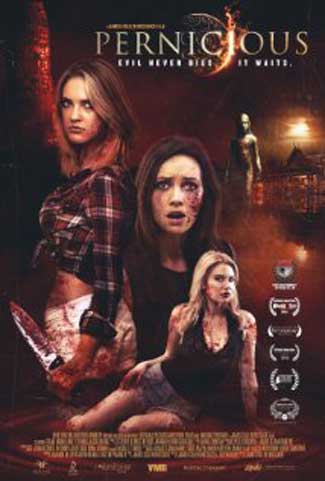 What is your favorite role to take on? Writer, Director, Actor?

James- Director of course. Directing and writing. If I had it my way, those are the only two I would do. (James wanted to add he co-wrote PERNICIOUS with Taryn Hillin)
If you could choose a dream cast for a Horror film? Who would you choose and why?

Do you have a favorite Horror Film and Director?

James- I am a huge fan of the work of Eli Roth and my favorite movie of all time is OLD BOY, it is genre bending. My favorite Horror movie would be either AUDITION or a movie from the eighties called BRAIN DAMAGE by Director Frank Henenlotter who is one of my favorite Directors.

The special effects are pretty gnarly in the movie, tell us a little about the gore? (There is an intense eye scene in the film and he got it down perfect)

James – I am a huge fan of HOSTEL and very inspired by it. I have the ELITE HUNTING tattoo actually done on my chest, I had it done when I was eighteen. I remember when I was editing this movie and for the eye scene in particular for the sound design. I remember going over and over the eye scene and I said I need more squishy noises and mixing it more. I want to start gagging while listening to it. A lot of it is sold on the sound. A lot of credit to the sound crew.

When you are directing a film? What is your process?

James- For this specific film I was approached to do the movie in Thailand. I have a very obsessive process. I like to put a lot of things together as much as possible. I had color-coded notes on the script as well as little pictures for one of my films. It just became my handwriting in the script. I think preparation is ninety-five percent of making the film. 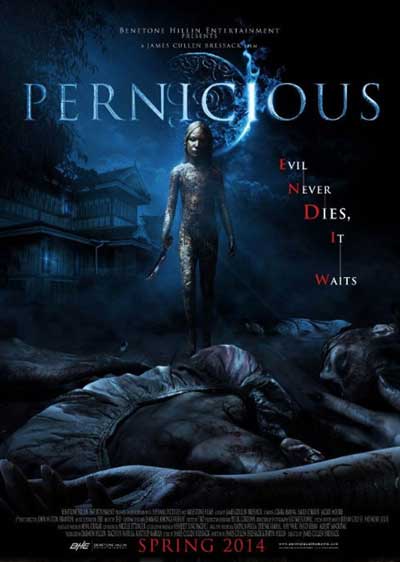 What do you want the fans to take away after seeing PERNICIOUS?

James – I think this movie for me was a throwback to what I enjoyed about the early nineties, late eighties Horror films that I grew up on. Having a fun, popcorn filled ride. Just enjoy the ride and have fun. I made this movie to be a fun, eighties, nineties horror film. That is definitely why I wanted it to be so colorful.

What advice would you throw out there to upcoming writer/directors?

James- Yes, I definitely do. If you want to make movies, go out there and make movies. If you want to write, go out and write something. I started off doing low budget movies for next to no money and working with what I could find and with what I had. Times have changed and you do not just get offered giant, budget features out of nowhere. It is time to build your own path. 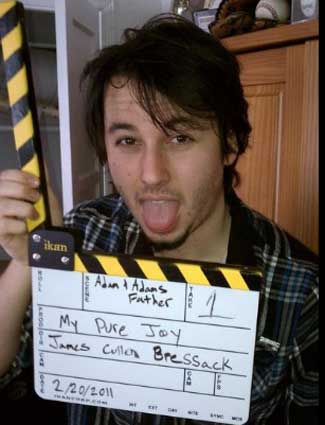 Could you tell us a little bit about the next project you are working on?

James- I just shot a movie called BETHANY and it stars: Stefanie Estes, Zack Ward, Shannen Doherty, Tom Green and Leon Russom. It’s a horror movie about a woman who is haunted by her childhood imaginary friend. It is a surreal movie, but I love it a lot.

Benetone Films announces US release for PERNICIOUS
Benetone Films releases Pernicious, the new film from James Cullen Bressack, June 19 in theatres and On Demand.
Pernicious, starring Emmy-nominated Emily O’Brien (Young and the Restless), Ciara Hanna (Power Rangers) and Jackie Moore (100 Ghost Street), is “a carnival for the eyes” (Dread Central)  and “sexy, bloody, and heinous” (Horror News). The movie tells of three young girls, holidaying in Thailand, who unleash the spirit of a murdered child with only one thing on her mind – revenge.

Film is written by Bressack and Taryn Hillin.