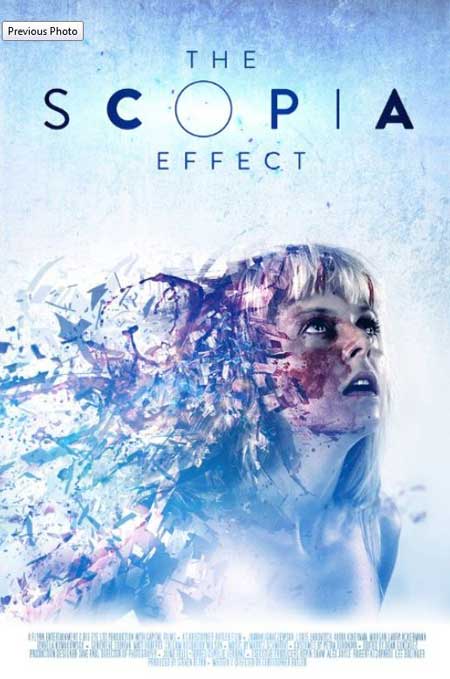 Reincarnation goes horribly wrong releasing dark forces across time. Basia accesses parts of her mind that should never be tampered with. Past lives merge with present as her reality becomes distorted, she fights for her very existence.

There’s a comforting thought behind reincarnation, isn’t there? I think it’s the idea that we never really die. We just keep reappearing throughout time as different people, interacting with others who are potentially going through the same thing. And yet, none of us really know it. It’s just a part of the mystery of the cosmos. Think about this: right now, as you read this on your fancy phone or tablet avoiding eye contact like everybody else on the train – don’t pretend you’re not, you unsociable person – you could be sat next to someone with who you had an intimate and passionate affair during the renaissance period, or they could have been your darkest enemy in feudal Japan. Whatever happens, we’ll all get another chance with another set of rules. Reincarnation is basically a security blanket that says we are all interconnected and life is nothing to be scared of.

The British horror, The Scopia Effect strips you of that security blanket, kicks you to the ground, tells you life is mean and cruel, bad things happen to good people, it’s been happening throughout history, and it’s never going to end, so just stop crying you baby!

Joanna Ignaczewska plays Basia; a polish ex-pat working in London. She has good friends at work, she loves her job and she does a bit of jazzercise on the side to keep her healthy. She’s also under going intense therapy to help overcome the death of her mother when she was very young. When her doctor suggests a dose of regression therapy to really jump that dead mother hurdle, Basia is happy to go along. However, this wouldn’t be much of a film if it all went swimmingly. And so, after a particularly intense session of hypnotherapy that sees Basia screaming and reliving her mother’s death, everything starts to go very wrong. Basia appears to have a number of past lives and they’re beginning to bleed into her everyday existence.

Those looking for a visceral horror like the Insidious movies will be cripplingly disappointed. The Scopia Effect is a drawn out affair that plays its game patiently and with a minimum of fuss. Director Christopher Butler gives the film a naturalistic tone. Remove the fantastical and scenes of 19th century China and 16th century England, and you’d be forgiven for thinking this was a fly on the wall documentary about a woman experiencing a sever mental breakdown. Dialogue is mumbled, music is minimal and not everything makes sense.

In fact, a lot of The Scopia Effect doesn’t make sense. As Basia’s visions intensify and events in her past lives start to go incredibly wrong, it can be hard to keep a tight reign of the narrative, leaving you to wander and call out its name when it inevitably escapes you and runs off into the wilderness. Impressive in scope – Butler is reminiscent of a young Christopher Nolan – The Scopia Effect is and will be a polarizing film that will pleasure some and infuriate others. In a sense it’s film whose context and meaning should be allowed to wash over you. If you came out unscathed on the other side, then good on you.

Ignaczewska gives a grounded performance as her character’s sanity is questioned and she slowly descends down a painful spiral. In fact, everyone involved in The Scopia Effect gives a sterling performance that is believable and nuanced. Towards the end though, things start to get out of hand. And returning to the idea of the narrative being an unwieldy beast, it practically turns on us and chases us out of the field.

However you come out of The Scopia Effect, there’s no way you can say that it leaves you indifferent. There are many other things it could leave you: Cold, bored, entertained, intrigued, taking up a sudden interest in reincarnation. Indifferent is certainly not one of those states.