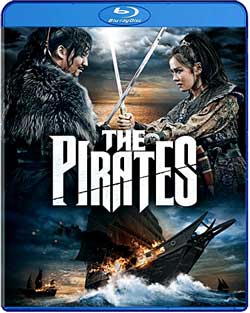 On the eve of the founding of the Joseon Dynasty, an unprecedented robbery shocks the nation-in-waiting: a whale has swallowed the Emperor’s Royal Seal, and a bounty placed on its retrieval. Now, every infamous gang of thieves, thugs, pirates, and government agents take to the seas, battling the elements, creatures of the deep, and each other to possess the mother of all rewards.

Korean action comedy, “The Pirates” lands on bluray per Well Go USA. On a much shorter easier to digest title (aka original title: “Hae-jeok: Ba-da-ro gan san-jeok”), The Pirates provides great at-sea visuals wrapped under a story of Dynasties, Emperors at battle, and an smattering of pirates at sea. This 2014 film was directed by Seok-hoon Lee, a relatively newcomer to action film directing. 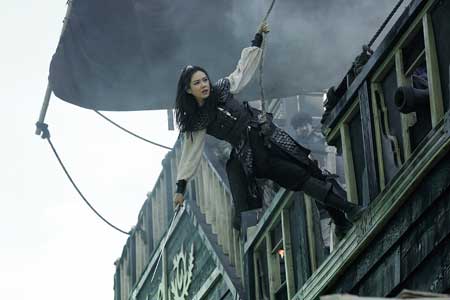 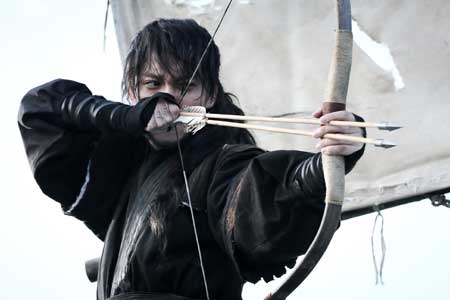 You might think of this one as a Korean stab at the “Pirates of the Caribbean” franchise complete with comedic elements and battle. We are told that the piece is rooted in the interim of the Joseon dynasty, aka late 14th century. In any case, it’s the characters here that keep the entertainment value alive featuring several bad hair-day seafarers who are either instigating mutiny (or some form of circumstance) or battling the emperor’s armies The names and ranks flew by too fast for me to solidify any particular key groups, however the film flies between thieves and pirates in rapid fashion primarily set upon 1 key idea, the retrieval of the great seal.

The film flip flops between intense action scenes and zany comedic-joust-of-sorts offering a bit of something for everyone. Most impressive is the FX work upon the Emperor troops who encounter a whale in mid sea transit. Taking it upon themselves to battle the whale instead of leaving it be (a smarter move), they make the mistake of firing upon the whale’s calf prompting the whale to attack the boat and smashing it into 2. The attack might suffice as an appropriate response however it also manages to swallow the Royal Seal putting the entire crew at the mercy of their Emperor. Reluctant to confess on what really happened they blame the incident of a group of pirates. This sets forth a new order that calls fro the obliteration of all pirates. The mission becomes a secret whale hunt as they enlist various hunters to locate the whale and retrieval the seal. 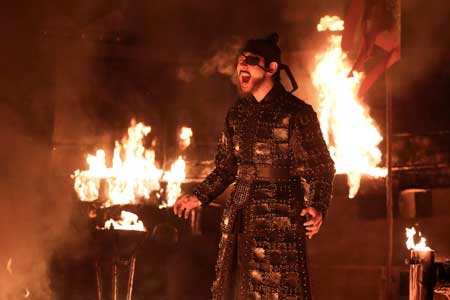 Among the pirates is Yeo-wol (Son Ye-jin) and her crew, a formidable bunch who just recently overthrew their captain to take control of his ship. Yeo-wol takes the heroine position of this film offering both impressive moves and beauty among a gnarly band of sea-faring cutthroats.

Pirates” is a solid adventure period piece that makes great use of a simple story and wide band of characters, It’s goal is driven by centering its “ahab” like story among a warring nation and it’s various subplots. The fight scenes are impressive but at the same time also bear some repetition. I’m always amused at how quickly these Korena films have their characters bellowing at each other while teetering on a hair’s moment of lunging forward into battle. Part of this quick-to-attack rhythm is what makes these films so specific to their genre. “Pirates” clearly had a decent budget backing it while making good use of its visual aspect and costumes.

A fine piece indeed, “The Pirates” really offers alot for everyone making it a good choice for a solid night of entertainment.

The Pirates is available on bluray per Well Go USA