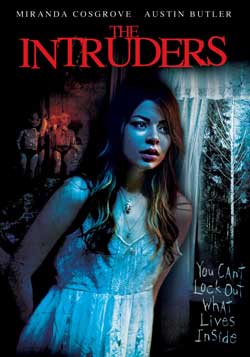 After the traumatic loss of her mother, a teenaged girl tries to uncover the dark secrets behind her new home, in spite of her father’s disbelief.

Like so many tween stars before her, Miranda Cosgrove (iCarly) has decided to shelve her sugar coated, bubblegum image by taking on more mature roles reflective of her age and status. Unfortunately, for her, she chose this utter dud of a psychological thriller from the director of A Lobster Tale, costarring Tom Sizemore and The Carrie Diaries’ Austin Butler.

To paraphrase that dusty old joke, if you look up derivative in the dictionary, you‘ll find the cover of this straight to DVD nonsense. It’s a patchwork quilt of scattered tropes and clichés. It stands as a testament to the mediocre; a map to a land of blunt and uneventful; an offensive stew of tedium and lackluster. This is the cinematic equivalent of the diluted glass of UHT semi-skimmed milk. It is the child that cries during scary ghost stories around the campfire.

Cosgrove plays Rose, a Stanford Uni student on sabbatical recovering from a breakdown after the death of her mother. Her father, Jerry, played by Gotham’s Donal Logue, wraps her up in cotton wool and moves her to a new town so they can start a new life. When Rose begins to hear crying in the night and movement around the house, she becomes convinced the house is haunted. Her fears are not quenched when she discovers her neighbor – played by Tom Sizemore’s total indifference – was once accused of killing a girl who used to live her new home. What follows over the next 90 minutes is not so much of a rollercoaster as it is the It’s a Small World ride at Disneyland.

It pains me to be this hyperbolic, but The Intruders really is a non-entity of a film. This is not a dig at Cosgrove, who is solid enough. We can leave her out of this; her televised antics have brought joy to the hearts of many. However, she is surrounded by a performances by Sizemore and Butler that suggest they only saw the script on the day. Not that there is much to the script, which is merely a repetitive scenario of Rose going to bed and hearing crying, her father saying it’s because she’s not taking her pills, an afternoon of moping around and then off to bed again. 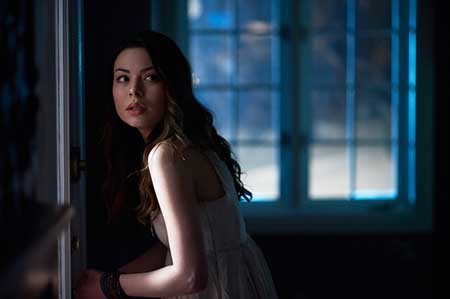 The nadir of this film, if I was forced to pick, is when we’re treated to a near five minute scene of Rose googling! Nothing interesting comes from watching a computer over someone’s shoulder. And yet this is how The Intruders chooses to info-dump a bunch of exposition in its final act. That whirring sound you hear throughout is the third act model spinning in its grave.

When the dénouement arrives in the film, in fact in any film that harbors a twist, it should hit you like a bomb. And if it doesn’t hit you dead on you should feel the heat of the blast enough to make you take notice. The heat coming off The Intruders’ resolution wouldn’t even toast bread. So clearly signposted is it, you’ll be at the finish line looking at your watch, having already lapped the film twice.

If it isn’t already clear enough, The Intruders is not good usage of your time. If you like your thrillers with flare, imagination, emotion a modicum of respect of mental illness then it is not for you. There are much more important and better films you should be investing your time in. Take for example, the New Zealand horror comedy, Housebound, which, admittedly, has a very similar plot but attacks it with a damn sight more passion and panache. In fact this entire review is why you should be supporting films like Housebound and avoiding generic piffle like this.