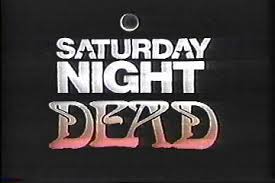 Exhumed Films and the CFF invite you to travel back in time to a glorious era: that of Saturday afternoon/late night “Creature Feature” television programming! For decades, local UHF and cable television stations across the nation ran classicand not so classichorror films as afternoon matinees or midnight movies, often hosted by creepy costumed commentators with names like Vampira, Zacherley, and Ghouldardi. Those who grew up in the 1960s and 1970s likely remember such programs with great fondness. For one night, relive the fun with Exhumed’s re-creation of the “Creature Feature” experience. We will present a double feature of Paul Naschy monster movies that would have run on Saturday afternoon/eveningsboth films will be projected from actual 16mm television prints, including commercial breaks featuring vintage ads. We’ll even have a special appearance by our own team of horror hosts, Dr. Schlock and his twisted assistant Morgor! Join us for the following frightful features:

THE MUMMY’S REVENGE
1973 / 16mm / Dir. Carlos Aured / 91 min.
Having already portrayed The Wolf Man and Dracula in previous films, Spanish horror star Paul Naschy here presents his take on another Universal Studios favorite, The Mummy. Indeed, THE MUMMY’S REVENGE is in many respects just a more gruesome update of the 1932 Karloff classic. Here, Naschy portrays the evil pharaoh Amenhotep, whose bloodthirsty deeds are ended when he is mummified and buried alive. However, when he is resurrected thousands of years later by one of his descendants (Naschy again, in a dual role), the mummy seeks both vengeance against the world that wronged him, and the affections of a young woman he believes to be his reincarnated love! Never released theatrically in the U.S., THE MUMMY’S REVENGE could only have been seen on Saturday afternoon or late night television programming. Come watch it with us, just as it would have been viewed in 1978!

THE FURY OF THE WOLFMAN
1972 / 16mm / Dir. José María Zabalza/ 90 min.
While Paul Naschy played a variety of creeps and killers throughout his career, he is by far most famous for his recurring role as Waldemar Daninsky, a nobleman who can’t seem to shake the curse of lycanthropy: in film after film, through a variety of circumstances, poor Waldemar keeps getting transformed into a howling beast. In this, the fourth entry of the “Hombre Lobo” series, Daninsky is a member of a Tibetan expedition who is bitten by a Yeti-like creature; when he returns home, he finds that the bite (however inexplicably) has turned him into a werewolf! He takes out his titular fury on his adulterous wife before being killed by electrocution. (??) But you can’t keep a good (wolf) man down, and soon Waldemar is resurrected by an evil scientist to serve her mysterious, nefarious purposes. THE FURY OF THE WOLFMAN is one of the most absurd and nonsensical of the Naschy werewolf seriesand that’s why we love it so much.

$10 admission, no refunds or exchanges 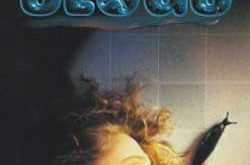