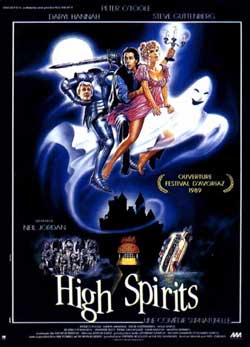 When Peter Plunkett’s Irish castle turned hotel is about to be repossesed, he decides to spice up the attraction a bit for the ‘Yanks’ by having his staff pretend to haunt the castle. The trouble begins when a busload of American tourists arrive – along with some real ghosts. Among the tourists are married couple Jack and Sharon. Sharon’s father holds the mortgage on Castle Plunkett, so she’s hoping to debunk the ghosts. Jack, on the other hand, after meeting pretty ghost Mary, is very eager to believe. Can there be love between a human and ghost? Jack and Mary are going to try and find out.

One thing that I enjoy about reviewing movies is discovering people who I had not yet seen any work from. In most cases, because of the kind of movies that I review, they are the unknown directors hoping to break into the business. But there are other times when I get to look into one of my blind spots in movie history and finally see a work by a respected artist of whom I had very little knowledge. In the case of the movie I’m about to review, it was Neil Jordan. He has won an Academy Award for his writing of The Crying Game. The only film of his I had seen prior to now was a movie called Interview with a Vampire, which he directed. High Spirits, the movie I will be reviewing, is the first of his written films that I have seen, and let me tell you, it was an interesting one. 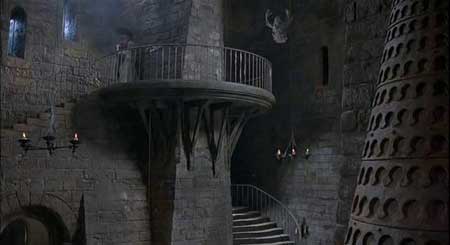 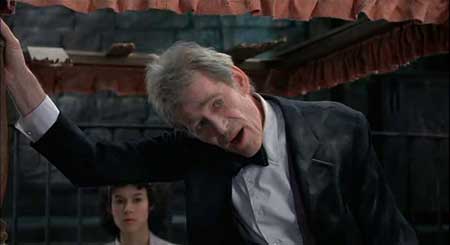 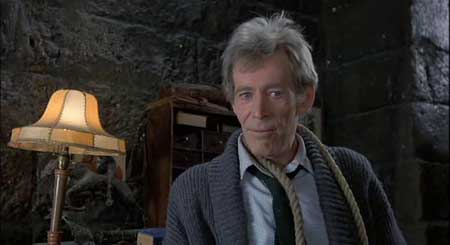 High Spirits is a 1988 romantic slapstick comedy, with hints of supernatural horror added in for good measure. If that sounds like a messy concoction, it is. The movie feels like three or four different movies put together into one movie. It starts with Peter Plunkett (Peter O’Toole) finding out that his castle is about to be taken over if he can’t get money. So he comes up with a scheme to pretend it’s haunted and get a bunch of guests. These guests include Jack Crawford (Steve Guttenberg) and his wife Sharon (Beverly D’Angelo), single woman Miranda (Jennifer Tilly), Brother Tony (Peter Gallagher) who hopes to become a father in his church, and a family headed by parapsychologist Malcolm (Martin Ferrero) and his wife Marge (Connie Booth).

The story quickly changes after the guests arrive and realize that the haunting is a sham. After discovering that the castle is doomed, Peter and Jack drink well into the night. Jack goes to bed, only to stumble upon some real ghosts in a recreation of a murder. When Martin Brogan (Liam Neeson) is once again about to stab his wife Mary Plunkett Brogan (Daryl Hannah), Jack steps in the way and inadvertently begins a romance with the ghostly Mary. The rest of the movie is spent convincing the guests that ghosts are real, and having Jack fall in love with Mary while Sharon falls in love with Martin. Like I said, it feels like a bunch of movies put together. 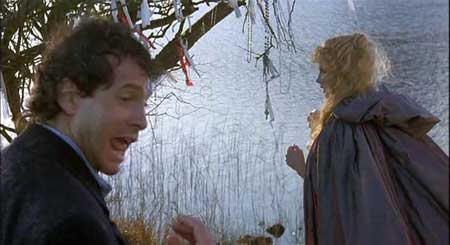 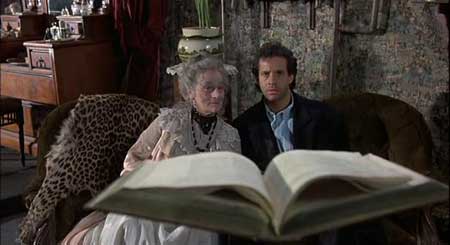 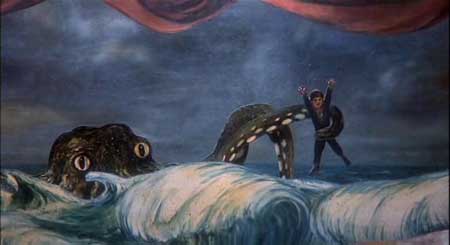 When I started the movie and saw the cast list, my first thought was to wonder why I had never known about this movie before being assigned the task of reviewing it. I figured out why as the movie played out. A lot of it has to do with how messy the narrative is because it feels like all of those different movies mixed into one. It is not a movie that would be easy for most people to enjoy. The ever-changing tones and wacky concept could be very off putting. Yet I enjoyed almost every minute as I was watching it.

It hit every button of joy inside me and I had an extremely good time. I’m a sucker for slapstick comedy of the kind that was presented through the first half hour or so in the movie. The fake ghostly shenanigans brought a smile to my face and were executed well. When it transitioned into actual ghosts, I was thrown for a loop. But I fell for the love story and was invested in what was going on in the movie. Steve Guttenberg masterfully portrayed the comedic romantic interest to the ghostly Daryl Hannah and had me hoping for their relationship to flourish regardless of the marriages they were each already in. The slapstick element still remained in the movie, to a lesser degree, and mostly relegated to the supporting cast, yet it was still as strong as it was before the transition. 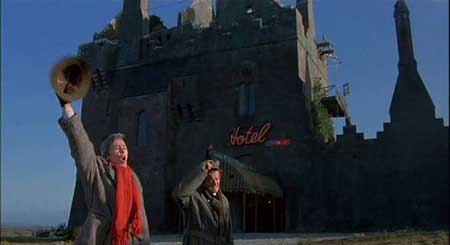 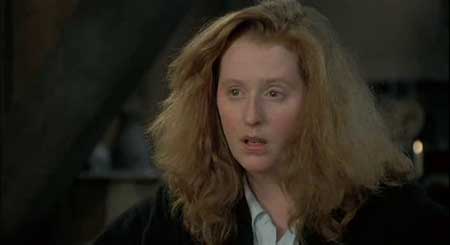 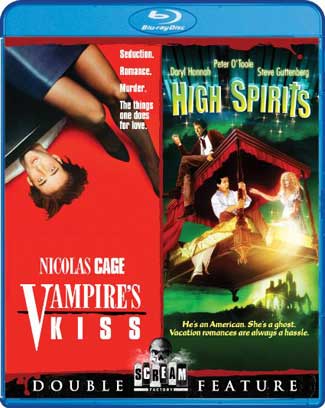 The only weakness to High Spirits that I can find is in the writing of the movie. The way that the tones shift from wacky comedy, to romance, to the minor hints at horror that come along with Liam Neeson’s character Martin never really mesh in a successful way. It always feels like the different elements are fighting with one another to be the leading force in the movie. However, I still had a good time with the movie. Regardless of the structural issues within the movie, the cast manage to have fun with it, and it makes the watch more fun. High Spirits may not be high art or anything, but it’s quality entertainment that does just that. It entertains.