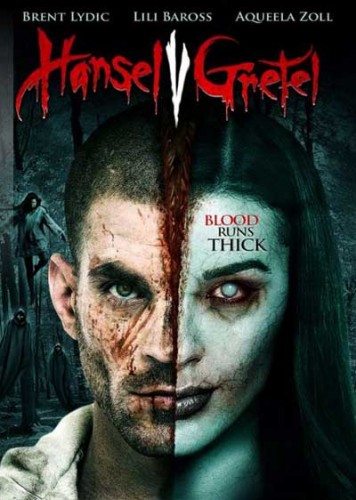 When Gretel falls under a dark spell and organizes a coven of witches, Hansel must find the courage to fight his twin sister and the sinister forces controlling her.

We all know that The Asylum films aren’t what you would call great films. Their most famous exploit Sharknado delighted fans with its over the top and fundamentally silly plot and characters. A formula that The Asylum often use is one where they rip off current films by confusing poor unsuspecting buyers into purchasing their film rather than the big budget blockbuster the viewer thought they were buying. Case in point with this film Hansel Vs Gretel. An obvious rip off of the blockbuster Hansel and Gretel: Witch Hunters made in 2013, Hansel Vs Gretel is actually a sequel to The Asylum’s first film Hansel & Gretel. I haven’t seen any of them before watching this knock off so I can’t comment but by researching both previous films, the original and the first Asylum film I found the pair both to have abysmal ratings. 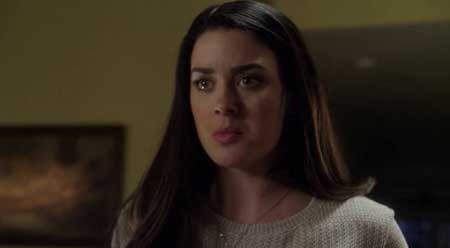 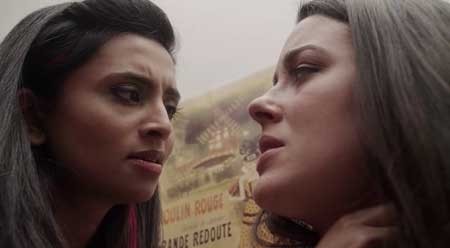 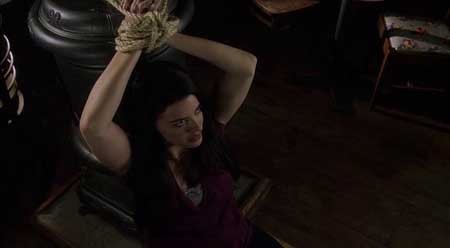 Well let’s get stuck in to the film in question Hansel Vs Gretel. As mentioned before when the production company The Asylum comes up across the screen my expectations go from 5 to 0 in a heart beat. Well this film wasn’t a total bomb, which was surprising. It follows Hansel (Brent Lydic) and Gretel (Lili Baross) who both go looking for their friend who has disappeared. That sums up all the plot has to offer with witches thrown in and alliances swapped (no spoilers here by telling you Gretel goes to the dark side) and a lot of licking by sexy witches and headless torsos splattered across the screen.

The two leads are surprisingly charismatic both playing the archetypes of their characters – however to yours and my surprise they play them well! Lydic is strong as the hero/dork whereas Baross is a good contrast playing over the top evil in the time she’s on screen. This film ain’t no masterpiece so as can be imagined the acting by the supporting players is weird but sometimes their odd behaviour is quite humorous. Which leads me to a nice refreshing change, Hansel Vs Gretel has humour! It doesn’t at all take itself seriously and surprisingly enough the jokes often land and made me chuckle. The film reminded me a lot of an episode of Charmed but with more gore. The special effects are just as bad as Charmed but I could sense the same vibe between both even though in this film the witch’s are the evil bitches! The humour for me is what made the film watchable, there is nothing worse than watching a low budget cash-grab film that takes itself too seriously. 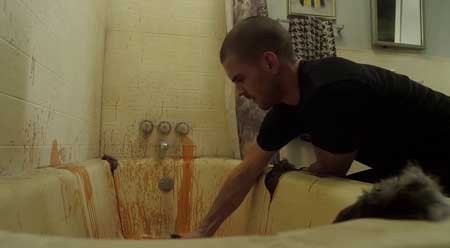 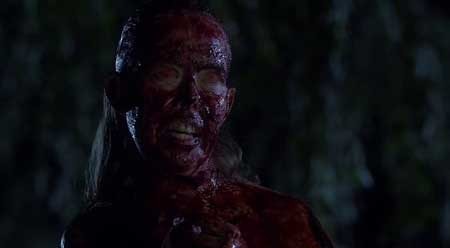 The gore deserves a special mention because it is great and excessive but really doesn’t make much sense. One example of this is the numerous heads that are chopped off in the film but when the camera cuts to the decapitated body the neck of the deceased becomes a small stump. It’s like their neck shrunk into the size of a babies. This is just one example of the weird continuity in the film, not much of it makes any sense but there is enough blood and excess to forgive the film as it trudges along to its weird-ass ending.

The ending of the film is definitely entertaining but at the same time odd as hell. (Spoiler alert) After Gretel’s domination of the witches and murder of her and Hansel’s grandmother (Hansel: “Please f*cking explain why you tore off our grandmothers head.”) she gets no retribution what so ever. Hansel barely gives her a slap on the wrist. Look I’m not trying to pick the plot apart – well whatever plot there is in this film – but the baddy needs to be punished especially the crazy Gretel who eats dead bodies and kill’s old women. She gets off scott free! Not fair!

OK I’m nitpicking now. Hansel Vs Gretel isn’t what you would call a good film. It’s not even so bad-it’s good. It’s just ok with parts which rise above mediocrity to become quite cool! This is one to watch with friends if you are after a feature length episode of Power Rangers/Charmed/some dodgy daytime supernatural soap.