Home | Scream Factory Takes You DEEP IN THE DARKNESS

Scream Factory Takes You DEEP IN THE DARKNESS 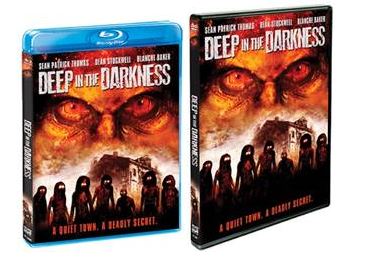 This spring, let’s venture into Ashborough, a quaint, small town in New Hampshire where its serenity and family-friendly settings are just pretenses for the ultimate terror!  The harrowing suspense thriller, infused with deadly small-town secrets and folklore from Michael Laimo’s celebrated novel Deep in the Darkness, leaps from the pages to the screen.  On April 21, 2015, SCREAM FACTORY™ will unleash DEEP IN THE DARKNESS on Blu-ray™ and DVD.  Based on the best-selling novel by Michael Laimo, DEEP IN THE DARKNESS stars Sean Patrick Thomas (Save The Last Dance, Cruel Intentions), Kristen Bush ( The Following), Dean Stockwell (Blue Velvet, Quantum Leap), Blanche Baker (Sixteen Candles), Anthony Del Negro (Dark Haul) and Athena Grant. Directed by Colin Theys (Remains, Dead Souls), this eerily terrifying film takes your darkest fears and brings them home to the roost.  A must-have for horror movie enthusiasts, collectors and fans of mysteries and suspense, the Blu-ray has a suggested retail price of $24.97 and $14.93 for the DVD.

Dr. Michael Cayle thought leaving the chaotic lifestyle of New York City behind for the quiet, small town of Ashborough would bring his family closer together. Soon after arriving, however, he discovers the town’s deepest secret: a terrifying – and controlling – race of creatures that live amongst the darkness in the woods behind his home. 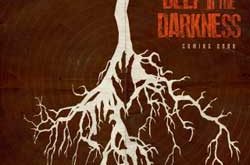