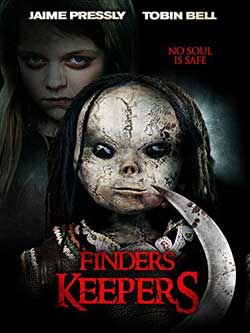 A divorced mother of one is thrown into turmoil when her young daughter becomes obsessed with an evil doll left behind by the previous occupants of their new home.

The SyFy network has never met a passing genre fad that it didn’t immediately fall in love with and proceed to milk into oblivion. I’m quite certain we’ll be graced with “Sharknado” sequels long after everyone has stopped giving a damn (not a complaint because I’ll watch them all), and there is little doubt that the guaranteed success of this year’s “Jurassic World” will bring about an onslaught of dinosaur flicks looking to cash in. To my shame, I’ll be down for those as well.

Currently trending, compliments of the overrated “The Conjuring” and barely tolerable spin-off “Annabelle,” is killer dolls. Though Charles Band and his Full Moon Features will likely hold the record for most evil dolls/puppets/inanimate objects movies ever produced, that fact won’t stop SyFy from competing for the gold. Hell, they probably filmed three more of the same ilk throughout the course of typing that last sentence. 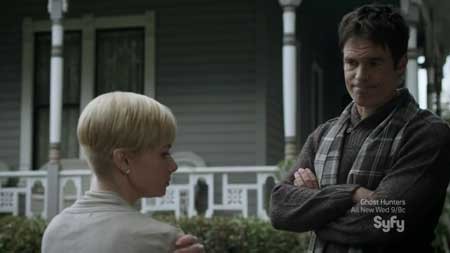 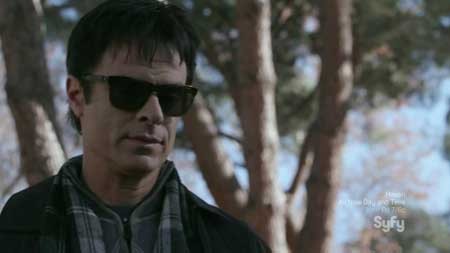 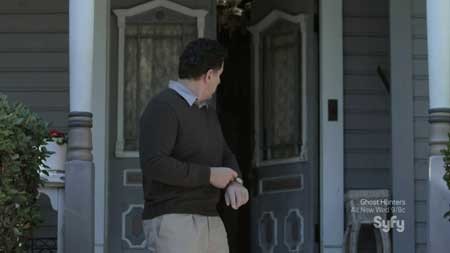 Which brings us to “Finders Keepers,” an offering from the channel that relies upon a conceit yours truly has never been able to swallow. Given the fact that I’m childless, this is hypothetical speculation so feel free to correct me if you happen to be a terrible parent. If I moved into a house that was the setting of a multiple homicide years prior and my daughter found a filthy, ugly doll under the floorboards of her room, would I allow her to keep it? The answer is as simple as it would be if the question was “Would I let my kid drink paint?”

However, one must assume that characters in horror movies have never actually watched one, and thus we forge on. Jaime Pressly abandons the white trash allure that brought her fame and an Emmy for the brilliant series “My Name is Earl” to strap on her non-regional dialect and portray Alyson Simon, a recently divorced mother who moves with her daughter Claire (Kylie Rogers) away from the hustle and bustle of the big city. Discovering the doll while unpacking, Claire utilizes the iron-clad logic of “finders keepers” (hey, catchy title) as justification for not pitching the monstrosity. Apparently never emotionally advancing beyond the fourth grade herself, Alyson is stymied by this declaration and loses the argument.

The toy in question, “Lilith” by the name scrawled across the bottom a foot, poses the largest hurdle that “Keepers” is never able to vault over. In fact, it doesn’t even bother to put forth a valiant effort to do so, affording neither back story nor clear motivation for the thing beyond murderous intentions and possession of Claire’s soul. Too much exposition can sink any film, but providing none is sheer laziness. In defense of writer Peter Sullivan, he’s penned so many of these disposable yarns for Asylum and SyFy that if pressed for further explanation the response would likely involve the term “paycheck” and little else. 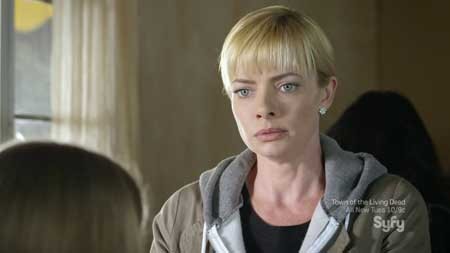 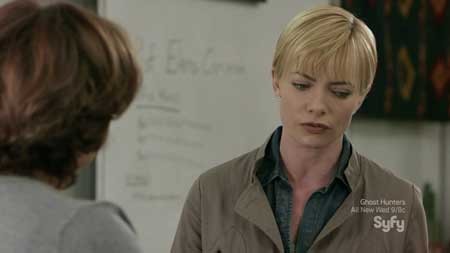 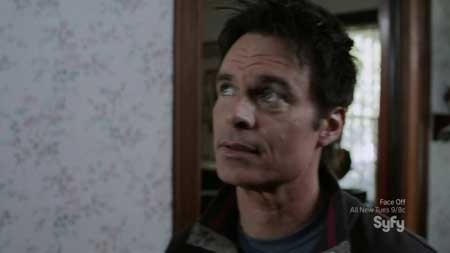 Anyone who isn’t recognized in the opening credits (and a few who are) is stalked and killed throughout the 84 minute runtime, and minor kudos must be given to “Keepers” for not skimping on the death factor. A diner waitress buys it for merely insulting Lilith in an explosion that destroys the establishment and isn’t given as much as a mention after. Although we’re led to believe it’s the doll or Claire in its service taking out those who stand in the way of whatever the endgame is, the victims (including the neighbor’s cats) are too random for that to be the case. A ludicrous red herring is tossed into the mix in the form of Zachary (Joey Luthman), Lilith’s previous owner and aforementioned murderer of his family in the home. He escapes from the mental institution he’s confined to, but this occurs well after the first drop of blood is shed and therefore represents nothing more than a pointless loose end.

A few hazy insights into Lilith’s origins are suggested by the cast’s minority players, notably Justina Machado (“Final Destination 2”) in a wasted performance as Alyson’s friend and college professor Elena. In the most boggling scene of many, she and an assistant perform an autopsy on the doll to gain further knowledge. You heard me correctly friends, an autopsy, complete with scalpel and the line “Should I start with the abdomen?” Speaking of wasted performances, Jigsaw himself Tobin Bell (he’ll always be The Nordic Man from “The Firm” to me) is on hand as a child psychiatrist who suspects Alyson of abuse until he realizes Claire is lying to him moments before he and his secretary kick the bucket. 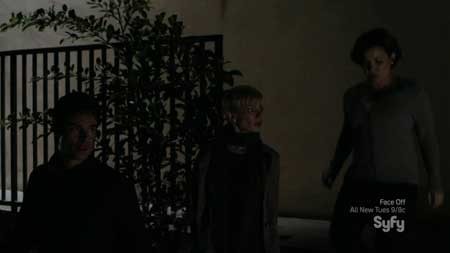 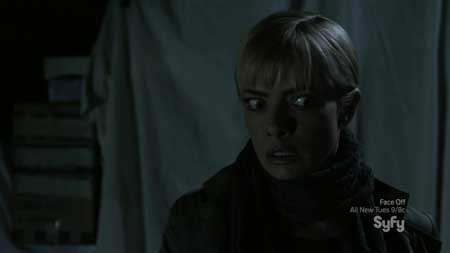 Pressly is a more capable actress than the material warrants, but she’s relegated to bland reactions accompanied by a hushed “Oh my God.” Patrick Muldoon of “Starship Troopers” and “Stigmata” pops in occasionally as concerned ex Jonathan, but the film truly belongs to Rogers as Claire. She gives an outstanding and even brave turn amidst the hokum, and casting agents should take note of this young talent in the future.

Another SyFy/Asylum lifer, cinematographer-turned-director Alexander Yellen does what he can to build tension despite a musical score that telegraphs the inevitable outcome of every scene well in advance. Essentially, “Finders Keepers” is a toothless slasher picture, good for a few laughs if you’re soaring high on intoxicants and nothing more.

I made the mistake of going into this one stone cold sober. Lesson learned. I’ll never do that again.