Fifteen years after a gruesome triple homicide devastated their Little League baseball team, four friends reunite to commemorate their dead coach and fallen teammates. A mystery unfolds as the secrets from their past return to haunt them and a vengeful killer, hidden by an antique umpire’s mask, returns to even the score.

Baseball finally gets its horror love with Drew Rosas and Sick Sommer’s slasher throwback Billy Club. The film begins with a well crafted A Nightmare on Elm Street homage as the killer crafts his weapon of choice, a baseball bat with nails hammered though the end and a retractable blade for extra kick when needed. The script keeps things simple having fun with the puns and the characters who are given surprising amount of depth for this flavor of horror film. Rosas and Sommer make the most of their small budget ofter exceeding the limitations with slick camera work and inventive transitions. The cast is better than avarage with Erin Hammond and Marshall Caswell standing out as the leads while Nick Sommer has a goofy blast as Kyle Tripper, the drunken redneck man-child. Watch for Mark Metcalf from Animal House as the role of The Umpire. Billly Club is better than expected return to Eighties slasher fright flicks of yesteryear, it never takes itself too seriously and has a great time playing in its well defined playground. Maybe not a home run, but a solid double that may steal third for many audiences.

Billy Club sets its story and antagonist pretty quickly. A group of childhood friends reunite years after the horrible murder of their little league baseball coach where one of their school mates went away for doing the dastardly deed. Now, after all this time, someone is dressed up as a killer with a catcher’s mask and a baseball bat made up as a wicked billy club is out to get his, or her, revenge. One by one, the killer offs each grown up member of the little league team. Alison, Kyle and Danny welcome back Bobby Spooner in time to relive their shared, troubled past and survive the killer’s rampage. They each suspect the killer is Billy, their team mate who went away for the murder of their coach when they were young, but they are in for a surprise as the mystery of who is behind everything is revealed. 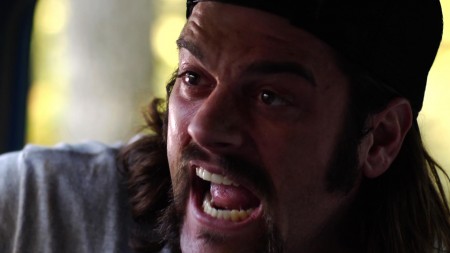 Despite Billy Club’s often silly tone, the film successfully revisits the formula and feel of the best Eighties slasher films. It mixes a bit from Freddy Krueger with Jason Voorhees but feels more akin to the horror movies from Canada at that time. The killer is more along the lines of the Miner from My Bloody Valentine with a similar albeit more sports oriented look. Billy Club follows the same formula but manages to swing in a few surprises both visually and structurally. To the film’s credit is also manages to make its audience care for its lead group of friends, so when they fall victim to the killer’s bloody batting arm it is hard not to give a crap. The music score is apt as well helping swell that 80’s feel. 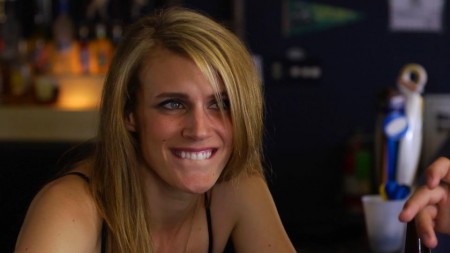 Much of the film’s success however centers around the performance of its star, Erin Hammond who plays Alison McKenzie who is every bit as vulnerable, sexy, awkward and strong as needed. She makes for a promising scream queen hitting all the right notes without being too silly. Her finer moment may be when she uncovers the killer’s secret hide out – they all have to have a secret hideout, right – and comes face to face with all the victims ala the best Friday the 13th films. Marshall Caswell does well opposite Hammond as Bobby Spooner, the one local who was able to get out of town but returns for the reunion and the terror. His role starts out fairly one-note but gets more complex as the story continues dealing with Alison’s feelings for him as well as Kyle’s but ultimately must deal with Billy’s legacy. Nick Sommer and Max Williamson plays their roles for laughs with varying success. Mark Metcalf takes an entertaining and fun poke at the Crazy Ralph role for the film. 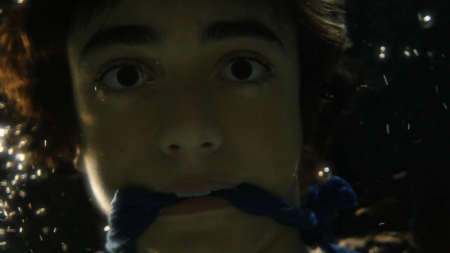 Drew Rosas and Nick Sommer craft a surprisingly decent and entertaining slasher flick with Billy Club. Uneven in tone from time to time, the directors get more right than wrong providing a crafty return to the height of the Eighties slasher genre. A few of the scene they string together stand out such as Alison’s discovering the killer’s secret lair and the dead bodies tossed into the pond like an underwater baseball field. They also manage to tie in the baseball themes in really effective ways using baseball slang, getups and even a mechanical pitcher. The best scene may be Danny’s “trip” through the countryside when he mistakenly takes all of Alison’s “boomers” screaming “I’m on drugs!” If the film was a little more solid in tone like its best scenes, Rosas and Sommer could easily have had a classic on their hands. 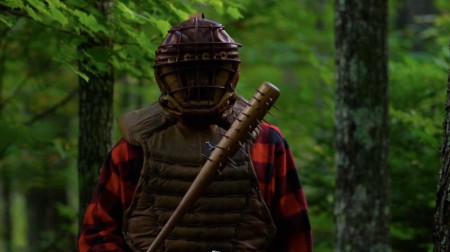 Billy Club is a promising film from its directors, Drew Rosas and Nick Sommer, playing off their obvious love of little league baseball and Eighties slasher films. The script manages to weave together a small group of entertaining and watchable characters thrown into absurd circumstances as a killer is out to off everyone on their team. The cast is strong with Erin Hammond standing out as the final girl, Alison McKenzie and a smile-inducing extended cameo role from Animal House star Mark Metcalf. Billy Club understands what is wants to be and makes the most of it managing to excel beyond its limited budget and modest beginnings. Many larger budget, even studio driven, films have trouble getting the slasher genre as well as Billy Club does. Worth seeking out, Billy Club is a fun time for those looking to relive a little bit of their youth. Well done. 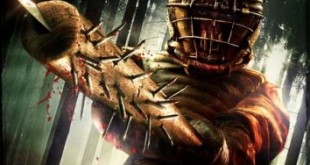 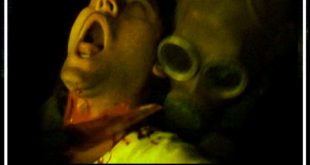