It is the Horror News Radio Halloween 2014 Extravaganza with four – count ’em, FOUR – horror film reviews. Doc steps in to review the theatrical film for the week, Ouija. The Black Saint, Thomas and Dave share the zany gory goodness of Dead Snow 2 Red vs Dead. Found footage meets the annual Haunt attraction industry with a gruesome twist in The Houses October Built. And, Thomas, The Black Saint and Doc encourage everyone to see Book of Life in the theaters while you can.

Dave shares the horror news of the week with Z Nation getting renewed for season 2 and the trailer release of Avengers 2: The Age of Ultron. Horror on TV gets a new show this week with the premiere of Constantine.

What Have You Been Watching: Ouija – Dead Snow 2 Red vs Dead – Houses October Built – Book of Life

Happy Halloween 2014. Horror News Radio is celebrating with a packed episode reviewing FOUR new films. PG13 horror crapfest Ouija is up first with Doc giving it a solid ZERO. Oh, my! Dead Snow 2 Red vs Dead has the grue-crew all giddy with its gory silly madness. Found footage films tackle the annual Haunt industry with The Houses October Built. Last up is the animated feature centered around the Mexican Day of the Dead, the brilliant Book of Life. 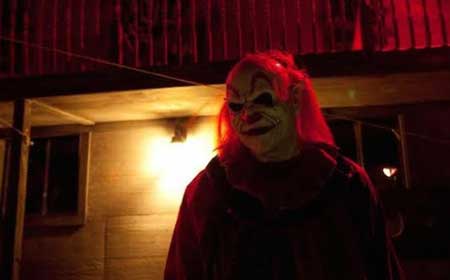 What Have You Been Watching: Busan Internation Film Festival

Joseph Perry returns with another thrilling report from overseas, this week is the second report from the Busan International Film Festival. Joseph share his impression on two kick ass horror films, Exists and Canal. Afterwards, Thomas chimes in with his review of Exists as well.

What Have You Been Watching: Constantine on NBC

Two genres of TV are dominating television screens this fall: horror and super heroes. This week, we get the combination of the two with DC comics supernatural hero, of sorts, Constantine. The Black Saint, Doc and Thomas all share their first impressions and argue over whether the pilot episode succeeds or even has promise for the show to continue past episode five. What?

Dave returns to bring you the Horror News of the Week with news of Z Nation getting renewed for season two where Dave and Doc continue to try to convince Thomas and The Black Saint that the show is actually really damn good. The Avengers 2: Age of Ultron trailer is here and, holy crap, it is INCREDIBLE! Hanging on the Marvel Movie train, next up is the solid rumor that Benedict Cumberbatch is nearing signing to become Doctor Strange. If we discuss Z Nation, we have to include The Walking Dead as well – a director is attached to the companion series. The film What We Do In the Shadows wraps up this week’s Horror News of the Week.