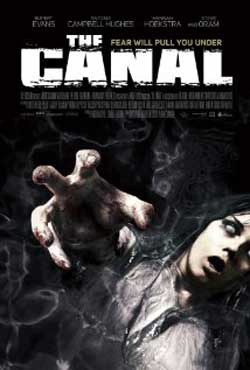 David Williams wants nothing more than to give his wife Alice the perfect life. Working as a film archivist, the young, pregnant couple finally save enough to buy their first home. Residing on the picturesque, Irish Canal it seems as though their prayers have finally been answered. An eerie coincidence unfolds at David’s office one day to threaten it all. In the screening room, he views a silent film from 1902 documenting an unsolved murder. Even more bizarre is the scene of the crime, the Williams new home. Will David be able to come to grips with their dream home being the sight of such grisly turmoil or will he become completely undone before The Canal?

The Irish export from director Ivan Kavanagh is a well-rounded psychological supernatural mish-mash that keeps the audience guessing from beginning to end credits. In the first scene we’re tempted to adapt a similar response as the children sitting in the lecture theatre. Given a brief introduction by David Williams (Rupert Evans), a film archivist one cannot deny a groan of disdain as he prompts us to prepare for tale about ghosts but quips that people long ago dead from the photographs can be considered ghosts. A rapid succession of brutal imagery follows threatening to over flow with blood, gore, death and destruction that surely will not disappoint. We suspect something very sinister is about to unfold the question is when and to what extent. 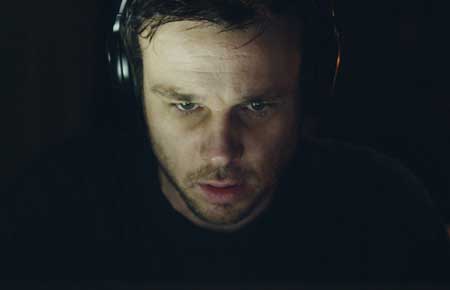 A brief interlude of character development surrounding Alice ( Hannah Hoekstra) and David Williams, a young couple house hunting that will appeal to a large audiences’ empathetic side. We see a little of ourselves in their starry eyes. One cannot help but get behind them and subconsciously cheer them on. David’s comments about being too nervous to look around their dream home at the open house is the initial indicator something may be amiss with their relationship. In a subtle sort of way he emasculates himself and provides a certain role reversal between the two. Alice is the strong, independent female lead and David’s insecurities become a strong obstacle for the two to overcome.

While there are early indicators something is wrong between the couple we get the initial glimpses that something is definitely off about their home. Dark, shadowy shots convey an entity lurking while oddities go bump in the night. It seems as though the more clues we’re given that something is amiss in the Williams relationship a definitive correlation lies that something is dreadfully wrong with the house as well.

Dismissing the early signs of unease as new home owner jitters, David goes to the office and pours his attention into his work. An assignment comes in from Claire, his superior played by Antonia Campbell-Hughes to screen a film for client. Upon entering the cutting room, David is flabbergast to see a murder mystery unfold dating from 1902 and had taken place in the very home he and his wife had just purchased.

The plot continues to move at a slow, subtle pace yet we can anticipate the director Kavanagh is setting up something monumental and manages to captivate the audience deeper.

Some of the scenes at Alice’s work party are additional indicators of conflict escalation between her and David. While his insecurities are heightened, the performance given by Rupert Evans is undeniable and one cannot help but reinforce their empathy.

Effective musical score and slow zooms into his expression provide foreshadow into his obsession.

Without indulging in too many plot spoilers a full blown police investigation ensues. Some memorable dialogue from the investigating officer is deployed. “People suspect the husband. Know why that is? Because it’s the husband every time.”

The suspense factor is turned up a notch as a result as the house continues to escalate in creepiness. David’s fascination with the links between the 1902 case and his own life begin to unsettle those around him. Sophie, the nanny and Claire’s lack of intervention make it a little bit difficult to digest as we can see he’s clearly crying out for help.

His inner struggle is illustrated vividly on the screen as the audience can feel his angst and desperation to hold things together in his dwindling family. The special effects team did a fabulous job of creating very evil looking apparitions that will inspire many to sleep with the lights on for a spell. 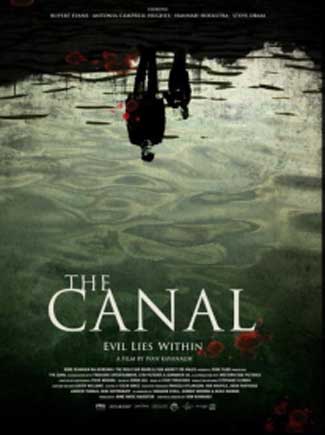 A final act is unleashed that finds David looking for affirmation from his infant son Billy that is equally heart breaking and bone chilling at the same time. Fans of psychological or supernatural ghost flicks will not be disappointed.