Home | 5 Must Have Blurays Just Announced!

5 Must Have Blurays Just Announced!

Mill Creek Entertainment will release six movies on Blu-ray on July 22, 2014 including, for the first time, the ‘80’s cult film favorite, The Legend of Billie Jean – Fair is Fair Edition. Legend of Billie Jean fans will have the unique opportunity to hear inside information through the bonus audio commentary from Helen Slater and Yeardly Smith. Also, making its Blu-ray debut is the theatrical cut of Donnie Brasco starring Al Pacino and Johnny Depp. Additional releases include, the Oscar nominated sci-fi film Flatliners starring Kiefer Sutherland, Julia Roberts and Kevin Bacon, box office hits Anaconda and The Last Action Hero as well as the Blu-ray and DVD of Girdiron Gang staring Dwayne “The Rock” Johnson. Each of these movies will be available for the must have price of $9.98 MSRP each.

Tags The Legend Of Billie Jean 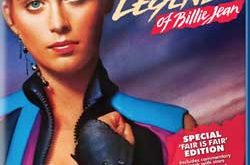