Home | I Track And Kill The New One Sheet For THE HUNTED, Just For You

I Track And Kill The New One Sheet For THE HUNTED, Just For You

I think we touched on this one a while back but it’s been a while, remember THE HUNTED which is coming at us from Josh Stewart? I liked Josh a lot in THE COLLECTOR films and this time around he stars as well as directs.

Story wise, here is where things are headed:

In an attempt to land their own TV show, Jake (Josh Stewart) and Stevie (Ronnie Gene Blevins) head to the dense, secluded mountains of West Virginia. Equipped with only their bow and cameras, they have three days to kill a monster buck big enough to grab the attention of a TV network.

Once they find the massive animal, they look to strike fast. But as the sun sets, they realize they’re not alone. A supernatural force appears to be lurking in the vacant woods… and now they’re the ones being hunted.

Want to see the new eye candy? Of course you do, why else would you be reading this. Here you go: 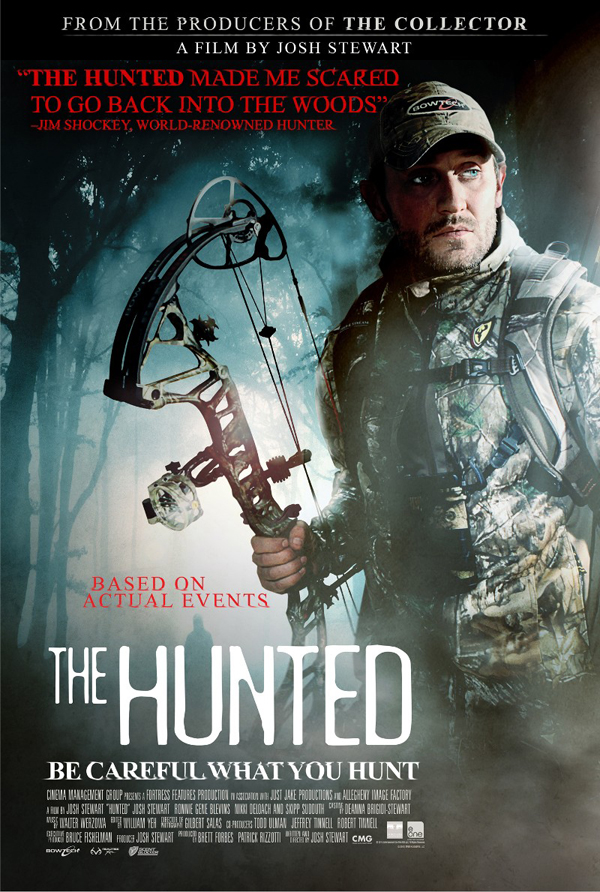 Holy shit! It scared a freaking hunter – the blurb say so. How can you not see it now.

Don’t have the release schedule yet but I have a feeling that news is heading our way soon so keep your bow and arrow at the ready and I’ll let you know when it’s time to suit up.