We are giving away two DVDs and one Blu-ray copies , all you need to do is email joyhorror@horrornews.net and put your full name and complete address in the body of the email.  US ONLY.  We will be picking random winners.

Friendship Turns To Fatal Attraction In This Sultry Thriller Available On April 8 On 3D Blu-ray, DVD and Digital HD From Lionsgate Home Entertainment 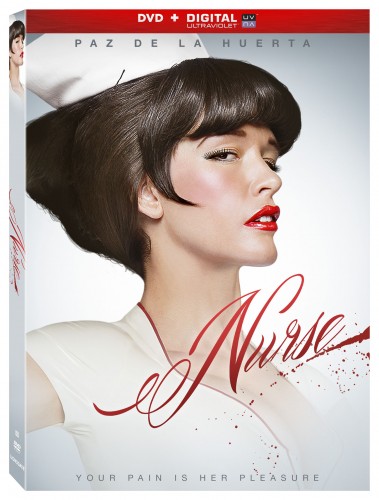 Directed by Douglas Aarniokoski (The Day), who also co-wrote the film with David Loughery (Obsessed), Nurse comes packed with exclusive bonus materials including a “making of” featurette, a behind-the-scenes video where actors Katrina Bowden and Corbin Bleu film themselves on and off set to give us an inside look at the bloody, good fun they had while filming and an audio commentary with director Aarniokoski. The Nurse Blu-ray and DVD will be available for the suggested retail prices of $24.99 and $19.98, respectively.