Home | BUB Pays A Visit To THE WALKING DEAD!

Eagle eyed viewers caught it immediately. Facebook lit up with the sighting within moments of it occurring and it caused this horror fan to rewind the DVR at least twice. Tom Savini’s creation BUB – from Day of the Dead turned up. During the very harrowing tunnel scene he can be seen on camera a couple different times.

SHOCK TILL YOU DROP posted up some screen captures and we thank them for doing so. 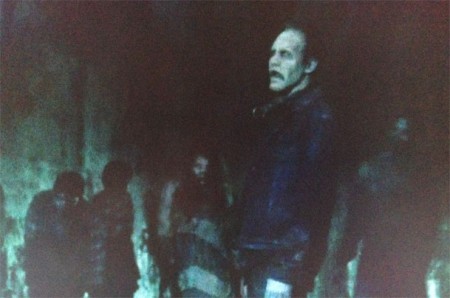 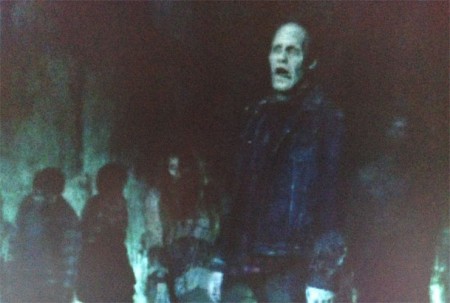 Zombie cameos are not something new for Nicotero and crew to throw into the mix but they’ve been a little sparse this season but this was a great one.

Thanks again to SHOCK TILL YOU DROP for grabbing the eye candy.

Source: SHOCK TILL YOU DROP