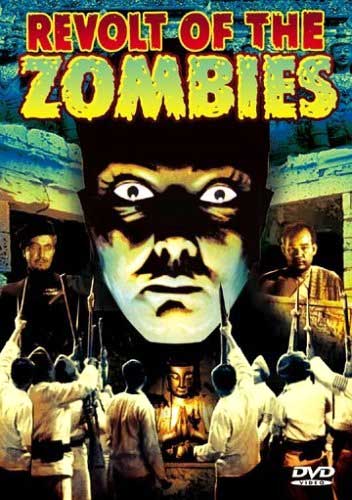 SYNOPSIS:
“On the Franco-Austrian Frontier during World War One, an oriental priest and chaplain of a French colonial regiment is condemned to life imprisonment because he possesses the power of turning men into zombies. As the priest,in his prison cell, is preparing to burn the parchment containing the location of the secret formula, Colonel Mazovia kills the priest and takes the partially-burned parchment. Fade to after the war to an expedition of representatives from all the Allied countries (only those with colonial interests it appears) being sent to Cambodia to find and destroy forever the Secret of the Zombies. The group includes Colonel Mazovia (somewhat akin to sending the fox to guard the hen house); a student of dead languages, Armand Louque; Englishman Clifford Grayson; and General Duval and his daughter Claire. Armand falls in love with Claire, who accepts his proposal of marriage in order to spite Clifford whom she really loves. Later, when Claire, following an accident, runs to Cliff for comfort, Armand breaks the engagement, leaving her free to marry Cliff. Further accidents, caused by Mazovia, results in the natives refusing to work and the expedition returns to Pnom Penh. Armand fins a clue which he had overlooked before and returns to Angkor against orders. After viewing an ancient ceremony at the temple, Armand follows one of the servants of the high priest out of the temple, through a swamp, to a bronze doorway. When the servant leaves, Armand goes through the door to a room paneled in bronze, with an idol holding a gong in one hand in the middle of the room. He accidentally strikes the gong, and a panel in the wall opens revealing a small metal tablet. He translates the inscription and realizes that it is the secret for which they have all been looking. He alone now has the power to make zombies out of people, beginning with a practice run on his servant before taking up that little matter of the fickle Claire. Armand is not one to be trifled with.” (courtesy IMDB)

REVIEW:
When my old friends Victor and Edward Halperin made their first horror film White Zombie (1932), they invented a sub-genre and raised the bar for horror movies to a level that only RKO was able to reach with any consistency. Their follow-up, Supernatural (1933), was also ground-breaking in its own way, and was almost as good as White Zombie. The third time, however, was the charm – and by charm, I mean the black-headed pin jammed through the heart of a voodoo doll carved in the likeness of the Halperins reputation. In light of what its creators had done previously, tonight’s presentation, Revolt Of The Zombies (1936) is a terrible film, but if you disregard what came before it – well, it’s still terrible, no matter how you look at it, really. 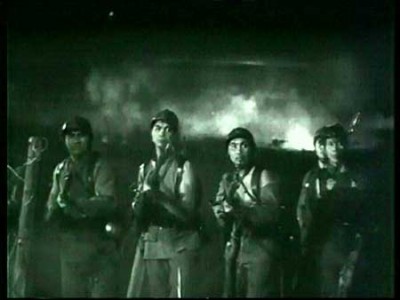 Turning our attention now to the less forgivable ways in which Revolt Of The Zombies goes wrong, take a close look at the opening credits. You’ll notice that apparently nobody wanted credit for writing the script! Honestly, I can’t say I blame Harold Higgins, Rollo Lloyd, or Victor Halperin. If I had written this rubbish, I wouldn’t want anyone to know about it either. In fact, I’d go a little further, and refuse directorial and production credit, and burn all the prints – and shoot anyone who remembers it.

There are so many scenes of people standing still in front of photographed backdrops, mouthing clumsy and insipid dialogue full of coagulating curds of lumpy exposition, that you’ll swear Revolt Of The Zombies had been made in 1396 rather than 1936. You might be asking yourself how anyone could possibly make an unbearably boring movie about zombies in Cambodia, amongst the majestic ruins of Angkor Wat. It’s an awfully tall order, but the Halperins found a way. Here’s how. This time the zombies are merely a figure of speech, and the film doesn’t really take place in Cambodia so much as in front of obviously enlarged picture postcards! I haven’t felt so cheated since shoplifted U2’s last album. 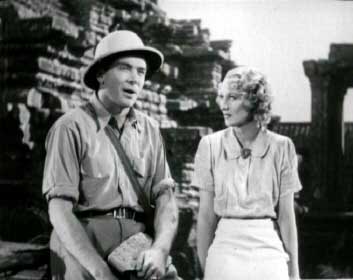 On the up-side, the movie is only sixty-five minutes long, the down side being each of those minutes is jam packed with painfully long seconds. I suppose it is mildly interesting that the character set up to be the hero turns out to be the principal villain instead – but apart from that, the only interesting thing about Revolt Of The Zombies is the way it manages to fail in just about every possible respect. The movie displays none of the Halperins’ customary care to conceal the limitations of their budget. The photographer might at least have made sure that the backdrop photos of Angkor Wat were lined-up right, the casting department could have hired more than two extras to man the Austrian trench during the battle scene in the first act, and somebody probably should have checked there were sound effects in all the places that required them. They didn’t. 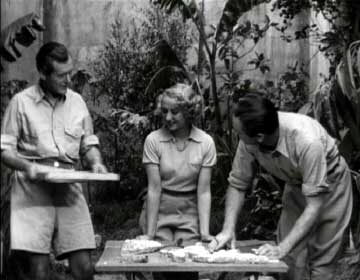 The characters are so lifeless to begin with that it’s hard to tell who’s a zombie and who isn’t, and what’s worse, every single person in this movie is a complete arse-hole. It’s alright for Dean Jagger to be a wimp who overcompensates his way gradually to the dark side. After all, he is the bad guy. But after the cavalier way in which his so-called friends and colleagues jerk him around at every opportunity, I ended up spending most of the film in his corner anyway.

Trying to establish himself as an independent Third-World strongman – that’s okay. What really annoys me is his continued insistence on pursuing Claire. “Dean!” I shouted at the screen, “Kick that scheming scum-queen into the mud, and go find yourself some nice Fay Wray character to obsess over instead! The skank isn’t worth it, my boy!” He just won’t listen to me, so I suggest you yell at him instead. 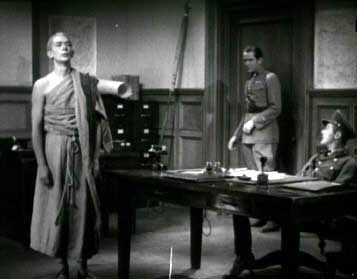 You’ll eventually discover the two things wrong with the title. For those who don’t, the first is that they aren’t really zombies, they’re really just hypnotised. To some extent the substitution makes sense, at least it gets around the fact that the ancient Khmer never practiced a religion that even dimly resembled Voodoo. The second is that by the time they revolt, the alleged zombies are neither zombies nor hypnotised. So the title should really be Revolt Of The Formerly Hypnotised Non-Zombies Who Got Better, Thanks For Asking. That way we wouldn’t feel so ripped-off. But compounding that sensation are all the deliberate references to White Zombie, including the re-use of the close up of Bela Lugosi’s eyes as a stand in for Dean Jagger’s. Did the Halperins really expect us not to notice? 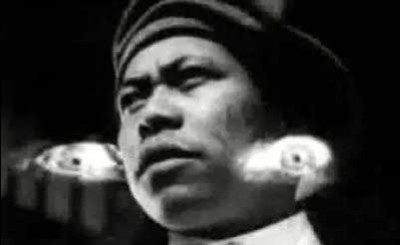 More important is the way in which Revolt Of The Zombies has the same basic conflict as the earlier film, except this time no effort whatsoever has been made to do anything of value with the material. The old proverb says you can’t make a silk purse out of a sow’s ear but, with Revolt Of The Zombies, the Halperins demonstrated that the inverse is definitely within the realms of possibility. Anyway, I respectfully request your persistence…I mean, presence next week, when your leg will be crudely humped by another cinematic dog from…Horror News! Toodles! 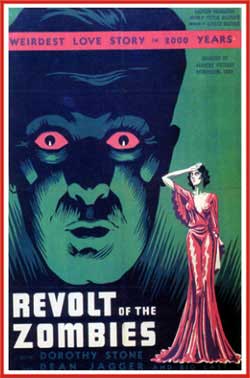