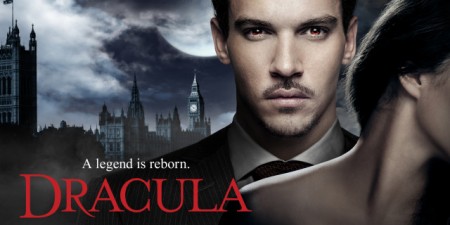 Dracula returns to NBC on January 3rd, 2014 with episode 7, “Servant to Two Masters.” Jonathan Rhys Meyers stars as Alexander Grayson, an American entrepreneur bringing the invention of electricity to London, England in the late 1800’s. Unknown to all but Grayson’s trusted companion, R.M. Renfield (Nonso Anozie), the American is actually Dracula in disguise in a complicated plot to undermine the Order of the Green Dragon who rule England’s oil trade. His closest ally is surprisingly one Abraham Van Helsing (Thomas Kretschmann) who share hatred for the Order, a secretive and deadly group responsible for terrible tragedy in both their lives. Once in England, the plot is complicated by the introduction of Mina Murray (Jessica De Gouw) who strongly resembles Dracula’s deceased wife, Ilona.

If you are fan of the source material, the Dracula legend or star Jonathan Rhys Meyers, you can join Horror News Radio (the official HorrorNews.Net podcast) co-hosts Doc Rotten and Thomas Mariani each week on the TV Talk iOS / Android app for a recap and review of every episode. The show, TV Talk Dracula, can also be found on iHeartRadio; and, of course, you can find Doc and Thomas each week on Horror News Radio.

With episode 7, “Servant to Two Masters,” Alexander Grayson is set to present his invention to the masses in an effort to undermine the Order of the Green Dragon. He has also been given the gift of walking in the sunlight for a brief period with the experimental injections by Abraham Van Helsing. He is also avoiding his cravings for blood which is beginning to present symptoms similar to withdrawal. At times, Grayson is on the verge of violently attacking the living nearly succumbing to temptation to drain them of the life giving blood in their veins. Distracted by his illness and his uncontrollable desire for Mina Murray, Grayson heads to join Mina’s side instead of attending the beginning of his new power source demonstration. This allows the Order of the Dragon to send in a corrupt police officer to shut down the demonstration and confiscate all the equipment. Angered, Grayson later kills the cop late that night finally quenching his thirst and giving into his dark side. After which he appears at Van Helsing’s home warning the professor, Dracula will kill him for giving him false hope. 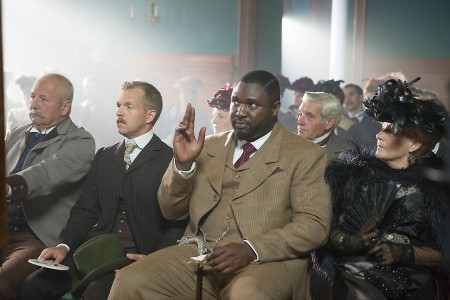 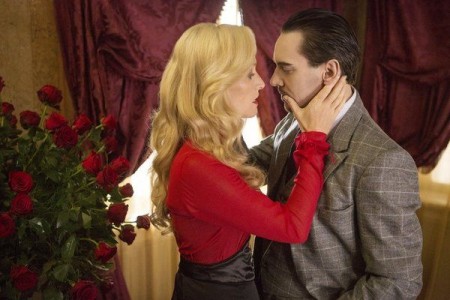 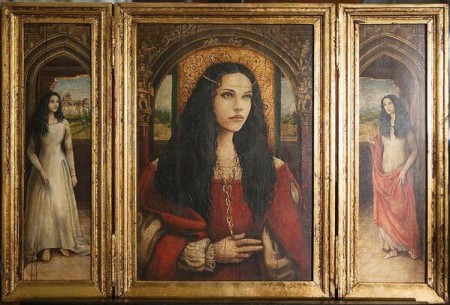