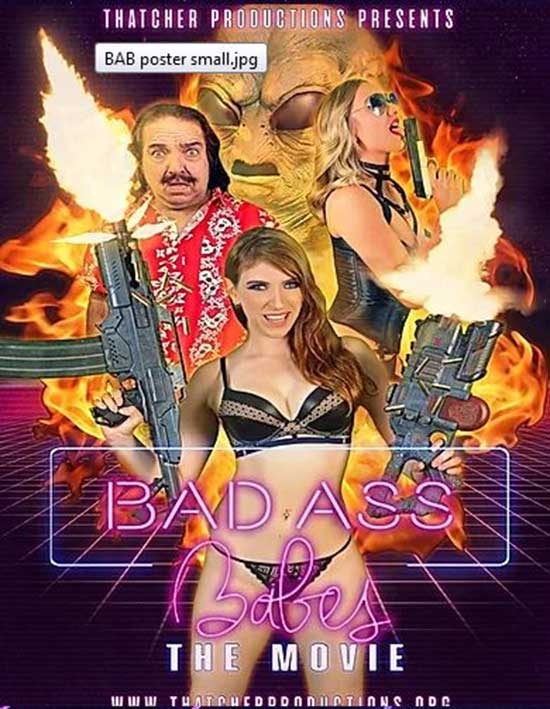 An Alien invasion sees mankind mutated into monstrous slaves and women rounded up for alien hybrid breeding experiments. A few brave women find the strength to fight back.

I had never heard of this particular movie until it was assigned to me, and I was surprised that it didn’t even have an entry in IMDB. I did search just to get some background on the film only to discover it’s based on an indie video game called Bad Ass Babes. I immediately began to have this sinking feeling in the pit of my stomach, because video game-based movies don’t have the best history. However, I thought maybe there could be something salvageable here, that maybe despite a low budget it could still manage to be something worthwhile. After sitting through the film’s entire 40-something run time, I was thankful that it didn’t overstay its welcome. 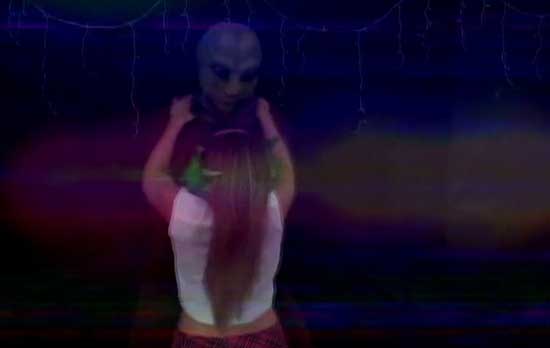 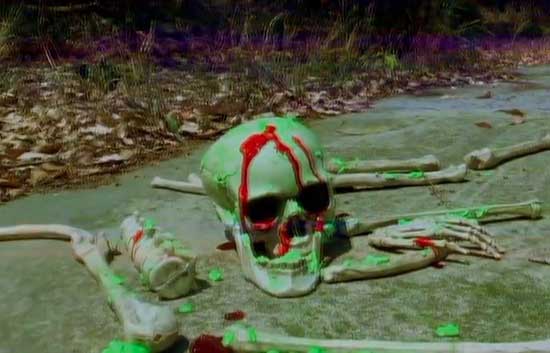 In Bad Ass Babes The Movie, aliens decide to try to take over the planet. They start turning the men into mindless zombies, while also trying to use Earth’s women for breeding. We then see different nude women fight the aliens and the zombies, sometimes within superpowers. And Ron Jeremy shows up for some reason.

If that synopsis doesn’t seem like much, that’s because there’s not much to the movie. The plot seems to exist only to give the director a reason to have his actresses take off their clothes. Once nude, not a single one of these women actually try to put any clothing on again. You’d almost think that they suffered from a phobia of fabrics. I do appreciate seeing pretty women naked and I’ve never hidden my enjoyment of gratuitous nudity, but even I started to feel like this film took it to absurd extremes. There is no character development of any kind, the film doesn’t focus on anyone long enough for anyone to stand out as the main character, so it doesn’t give you any reason to care about what happens. If you’re only interested in the nudity, that’s fine, but there are better places to find that kind of thing. 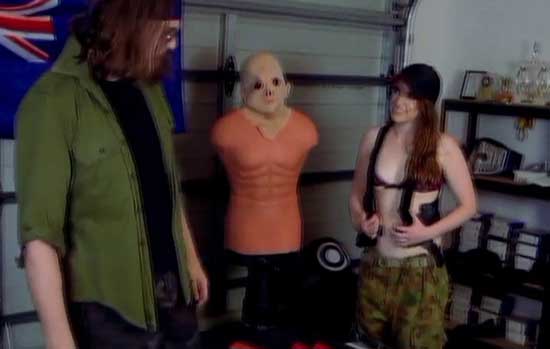 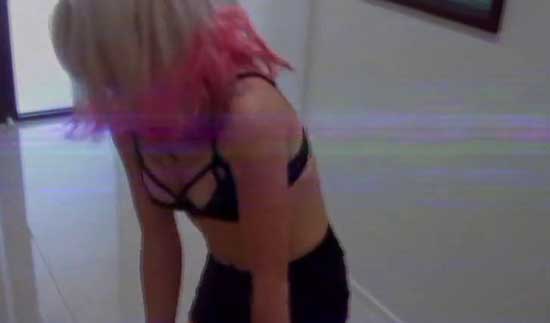 Don’t go expecting to have anyone’s performance to impress you. The majority of actresses, from what I’ve been able to discover, appear to work in the Australian adult movie industry (if you know what I mean). They seriously aren’t there to act so much as to run around in their birthday suits and pretend like their fighting aliens. Luckily, this isn’t the worst acting I’ve ever seen, but that doesn’t mean it’s any good either. Ron Jeremy gave the best performance, and that’s only because the bar had already been set really low. 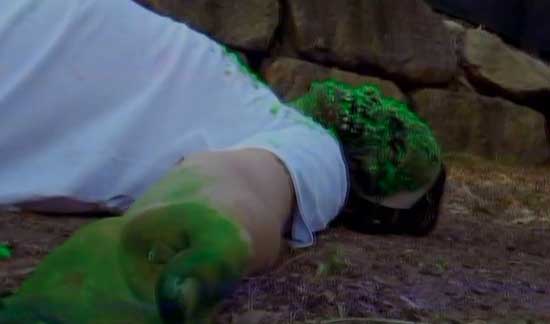 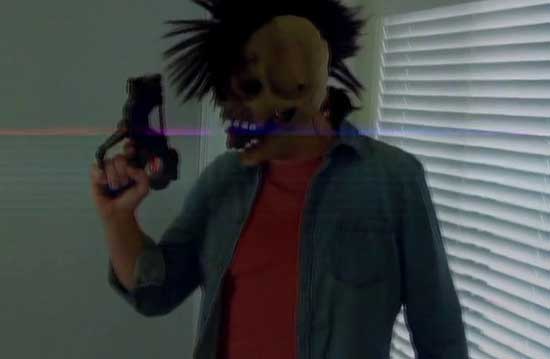 The special effects are laughably terrible. The “zombies” are just guys with green jelly smeared on them and wearing rubber masks you most likely can buy from a drug store. The aliens are just people in rubber masks and gloves. The CGI used in some scenes is the worst you’ll run across. The humor is aimed at the lowest common denominator. Low brow humor can still be entertaining when done correctly, but it’s mishandled here. You won’t be laughing at any of the gags, but at the ineptitude of the overall film instead. 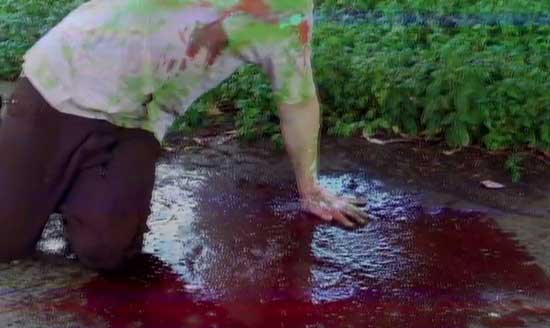 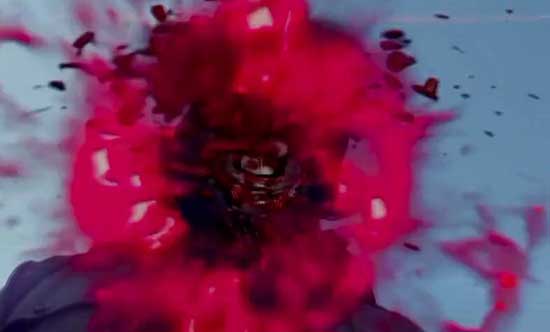 Here’s the strange thing. Everything about this film is bad, yet it manages to become entertaining in the same way as other infamous bad flicks like The Room or Plan 9 from Outer Space. It manages to become unintentionally funny, which made it enjoyable. Everyone involved in the film appeared to get what kind of movie they’re making and just had fun with it. The film was trashy, shameless, and exploitative. It barely had any budget to speak of. To be fair, I wasn’t expecting Shakespeare out of a film entitled Bad Ass Babes The Movie. It was everything I expected to be, and there’s nothing wrong with that. I will say that it’s not a film I’d go out of my way to watch again unless it’s just to make fun of it with a group of friends. It’s definitely not for everyone, and you really have to be the person that can sit through sleazy fare like this and be able to chuckle at its failures to be able to get into it.