Home | THE CONJURING To Spawn Several Different Sequels Based On The Warrens.

THE CONJURING To Spawn Several Different Sequels Based On The Warrens.

As you are almost most certainly already aware of THE CONJURING was a huge hit. HUGE! And of course that can mean only one things. A sequel, that’s pretty much a given but what is a bit more surprising is the announcement that Warner Brothers is ready to jump in the sack for no less than six new projects all spawning from the case file of the Warrens.

That sounds pretty damn fine to me!

The first would be a straight up sequel to the hit film while the second would revolve around that creepy ass Annabelle doll and Warner Bros. has announced they are on board for up to three micro budget spinoffs all based on the Warren case files. That’s a lot of paranormal story telling my friends.

You know this one is being watched very closely and any updates will be on your screen as soon as they are known. 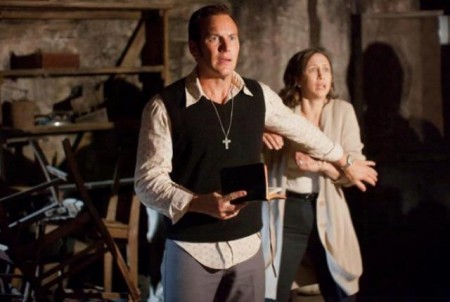 Tags Sequels The Conjuring The Warrens