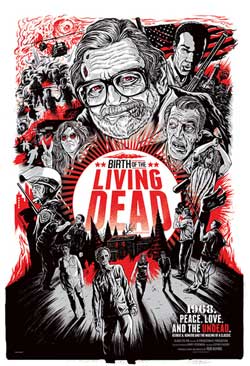 A documentary that shows how George A. Romero gathered an unlikely team of Pittsburghers to shoot his seminal film: Night of the Living Dead.

Larry Fessenden and his Glass Eye production company are all over the place as of late. The latest from Glass Eye is a bit of a departure from their usual fare, it’s a documentary on the making of George A. Romero’s seminal horror classic Night Of The Living Dead. And despite what I thought I knew about the making of the film, it turns out that there’s quite a lot of meat left on its carcass to digest. 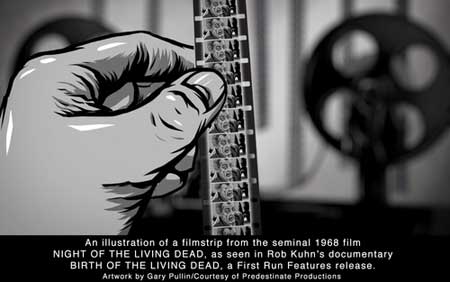 The film begins with the creation of Romero’s first production company, The Latent Image in 1963 and his early work which included a lot of beer commercials and a few disturbingly titled short films for Fred Rogers (Mr. Rogers of Mr. Rogers Neighborhood) called “Things That Feel Soft” & “Mr. Rogers Gets A Tonsillectomy” (“One of the scariest films I’ve ever done” says Romero). Romero honed his skills during the 60’s with commercials & short films which lead to the completion of his first script, a Bergman inspired period piece called “Whine Of The Fawn” but it was decided that it wasn’t quite commercial enough for a first film. This led Romero to Richard Matheson’s legendary novel I Am Legend and he decided that it’s central premise was one of revolution. Combine this with the racial turbulence of the 60’s & the country’s beginning involvement with Vietnam and he got the idea for his first film. 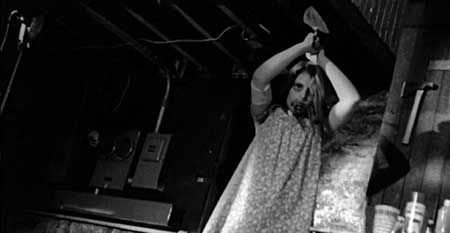 The Latent Image had now become Image 10 films and along with 9 other investors, Romero & company began work on NOTLD in 1967. The film then details some of the issues that came up while production took place. Much to my surprise I learned that cast members had a lot more to do than just act in the film as did the crew behind the scenes. We all know that Russ Streiner was both a producer & actor in the film but I didn’t know that co writer John Russo appeared as a zombie.

Carl Hardman was a producer, makeup artist & actor. Marilyn Eastman was a makeup artist & actor. Both Hardman and Eastman co owned a sound equipment company as well and provided all of the sound equipment used on the film as well as providing all of the makeup effects. Eastman also appeared as a zombie in the film in a few scenes. The film starts out with what is essentially a rehash of stories that most (If not all) of us have been hearing ad nauseam for decades now but there is some fresh info here that made me sit up & take notice and I appreciated the film for that. 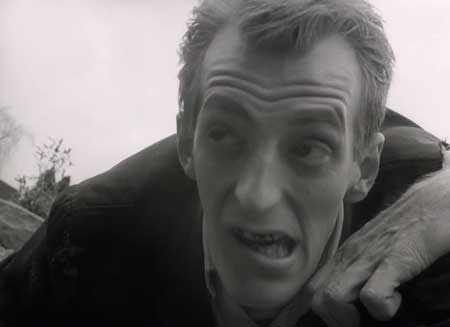 While a lot of the stories told in the film have been heard before the beauty of BOTLD is that rather than focus on behind the scenes minutia it takes a decidedly different take on the material and recounts the socio-political influence it had on a lot of viewers at the time. Romero is front and center throughout the film, talking about what relevance the film might have had on it’s young audience and how it fit into the turbulent times it was released in but film critics like Elvis Mitchell and Mark Harris, film producers Gale Anne Hurd and Chiz Schultz & others help to illustrate the way the film literally rewrote the rules for what a horror film should look like. How making an African American male the lead in a film during a time where race riots were in the news and inequality between the have’s & the have not’s were more pronounced than ever was an extremely nervy & daring move. Even more daring a move was to ignore the fact that the color of his skin was different from everybody else in the film! Romero chose to portray his hero as an everyman trying to get through a night during which the entire world has changed and by ignoring the obvious Romero made the film even more relatable. And terrifying! 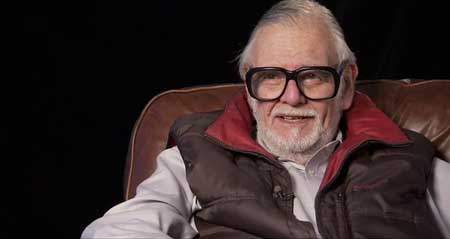 Director Rob Kuhns smartly goes from the opinions of seasoned film veterans to stories from people who remember the effect watching the film had on them as young children. There’s a section of the film that tells of how Night Of The Living Dead played matinees for children on it’s re-release and listening to some of the reactions from the (now adult) individuals is not only funny but it made me reminisce about how I felt when I first saw it and those remembrances made me smile wide. It’s a nice way of connecting the film to your life in a sense, I think everyone who saw the film back when it was initially released can remember where they saw it and who they saw it with. It’s just one of those films….

Interspersed between all of the talking heads is some awesomely effective but simple animation from artist Gary Pullin which really kept the film moving. It’s a major part of what makes BOTLD work so well as both a documentary for film historians and a film for the fanboys. Birth Of The Living Dead tells a lot of the same stories over again but it also brings new insight to a film that all of us have seen umpteen times and makes all of it entertaining. It’s absolutely the best and most definitive documentary on Night Of The Living Dead ever produced and one of my favorite films of the year.

Birth Of The Living Dead – Five out of five shrouds.