A Double Shot Of CARPENTER Coolness Hitting From SCREAM FACTORY

SCREAM FACTORY just sent over the press release for the upcoming release of two John Carpenter flicks. BODY BAGS and ASSAULT ON PRECINCT 13 are both primed and ready to hit home so here are all the details straight from the press release:

***Avid fans and collectors please take note: those who order JOHN CARPENTER PRESENTS BODY BAGS Collector’s Edition and/ or ASSAULT ON PRECINCT 13 Collector’s Edition from ScreamfactoryDVD.com will receive the respective exclusive 18”x24” poster featuring the newly commissioned artwork! These are only available while supplies last.***

Young college student Anne (Alex Datcher) working the late shift at “The Gas Station” while a killer is on the loose. Then, middle-aged business man Richard Coberts (Stacy Keach) can’t stand the thought of losing his “Hair” and he’ll do anything to keep it. And finally, Brent Matthews
(Mark Hamill), a baseball player submits to an “Eye” transplant after he loses an eye in a car accident. After going through the revolutionary eye surgery, he ends up getting more than just his eye sight back.

ASSAULT ON PRECINCT 13 Collector’s Edition Blu-ray™
Isolated and cut off from the city inside a soon-to-be-closed L.A. police station, a group of police officers and convicts must join forces to defend themselves against the gang called Street Thunder, who have taken a blood oath to kill someone trapped inside the precinct.

From John Carpenter (Halloween, The Thing and Prince Of Darkness), Assault On Precinct 13 combines the elements of a classic western and a modern thriller to create a riveting cult classic.

Special notes to editors: Bonus extras for this collection are still in development. Final bonus features will be announced as they become available. 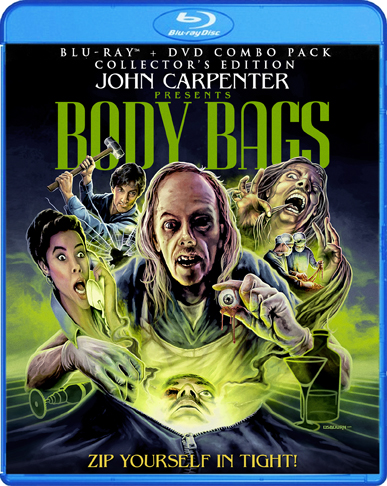 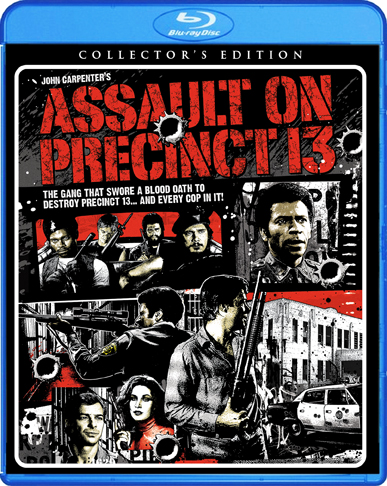