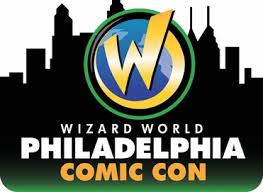 HorrorNews.net will be at Wizard World Comic Con in Philadelphia and we want YOU to be there too.  We have (2) passes for the 2013 Wizard World Philadelphia Comic Con at the Pennsylvania Convention Center, Thursday, May 30 – Sunday, June 2, 2013.  For a chance to win, please email joyhorror@horrornews.net and put “Wizard World” in the subject line.  In the body of the email, we supply your full name and complete address.