Last week I showed you that kick ass artwork for the upcoming SCREAM FACTORY release of John Carpenter’s THE FOG and today I’ve got even better news, the final Blu-ray specs. This is going to be an awesome release, check it out!

THE FOG Collector’s Edition Blu-ray™ and DVD
A weather beaten old fisherman tells an ancient tale of betrayal and death to fascinated children as they huddle together by their campfire. As a piece of driftwood in a child’s hands glows with spectral light an eerie fog envelops the bay and from it’s midst emerge dripping demonic victims of a century old shipwreck… seeking revenge.

July 30th is the release date! Circle it on your calender or better yet CLICK HERE and go pre-order it now!! 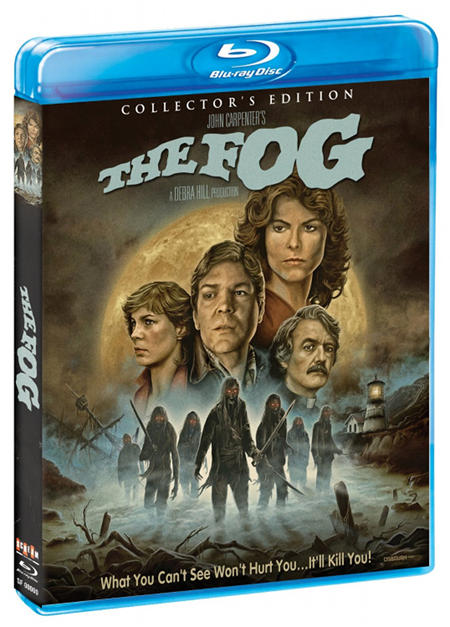