TRUTH OR DARE Updates and Teaser

Last week I told you about Scream Queen Jessica Cameron making the jump to director with a new project titled TRUTH OR DARE. Info was a little sparse then but a press release arrived with a shit ton of updated info and a short tease sure to get the blood flowing, check it all out below:

“Jessica Cameron’s directorial debut “Truth or Dare” has some exciting updates! Their IndieGoGo campaign has launched, their teaser trailer has been released, and the production has announced 5 of their 7 leads in this ensemble cast. Indie Scream Queens Devanny Pinn & Heather Dorff will be joining Jessica as the three leading ladies.

Jessica has worked with Devanny and Heather but this will be the first project where all three ladies will be sharing the screen together. Brandon Van Vliet and Ryan Kiser have been announced along with Jared Degado and Marv Blauvelt from Muscle Wolf Productions.

“Truth or Dare” is about 6 college kids who find internet stardom when they make “Truth or Dare” videos with a violent twist. It is all fun and games until their number one fan decides he wants to play…

“We chose to do a teaser to show fans the tone and type of film that we are going to create with their help. This film is inspired from all the conversations I’ve had with fans about what they want and also from my love of the horror genre. One of my favorite things about this project is that it goes to so many of the dark places that people fear. We tried to capture that with our teaser.”

Actress Devanny Pinn is known for roles in such films as the award-winning “The Black Dahlia Haunting,” “ViViD,” and the sci-fi thriller “Area 51 Confidential” (available now at Wal-Mart) which she also co-wrote.

Heather Dorff is a Chicago-based actress who got her start with the award winning “What They Say” which she starred in, narrated, produced, and wrote. She is also known for the John Wesley Norton film “Drifted” as well as Brian Troxell’s “Intrusive Behavior” which she co-starred in with fellow actress Jessica Cameron.

Heather had this to say about “Truth or Dare:”

“I am extremely excited to be a part of “Truth or Dare.” I had the pleasure of working with Jessica on a film recently and saw that she is an amazing actress. I’m sure she is going to be an amazing director as well. This film is one of the most gruesome scripts I’ve ever read and I’m excited for the new challenges it will present to me as an actress!” 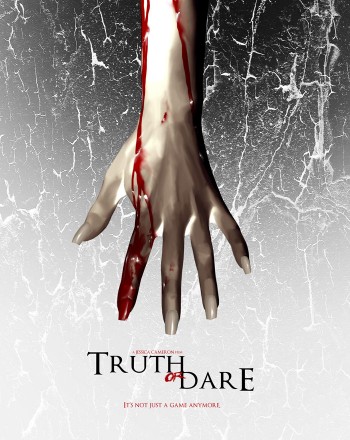