Home | Latest Clip From THE LORDS OF SALEM “Walks The Goat”

Latest Clip From THE LORDS OF SALEM “Walks The Goat”

I have to admit, I am completely intrigued by Rob Zombie’s THE LORDS OF SALEM. Everything I have seen look freaking awesome and the vibe is just so..strange. I have no idea what to expect but I just feel regardless of what it ends up being, it’s going to be awesome.

Case in point, this new clip that showed up. It’s titled the “Goat Walking Clip”

Don’t know what the hell it’s supposed to mean, why it’s happening or how it fits into anything but damn, it sure is creepy as hell.

I know we’ve talked about story line a lot, but here’s a refresher:

Heidi, a blond rock chick, DJs at a local radio station, and together with the two Hermans (Whitey and Munster) forms part of the “Big H Radio Team.” A mysterious wooden box containing a vinyl record arrives for Heidi, a gift of the Lords. She assumes it’s a rock band on a mission to spread their word. As Heidi and Whitey play the Lords’ record, it starts to play backwards, and Heidi experiences a flashback to a past trauma. Later, Whitey plays the Lords’ record, dubbing them the Lords of Salem, and to his surprise, the record plays normally and is a massive hit with his listeners. The arrival of another wooden box from the Lords presents the Big H team with free tickets, posters and records to host a gig in Salem. Soon, Heidi and her cohorts are far from the rock spectacle they’re expecting. The original Lords of Salem are returning and they’re out for blood.

And now, the clip: 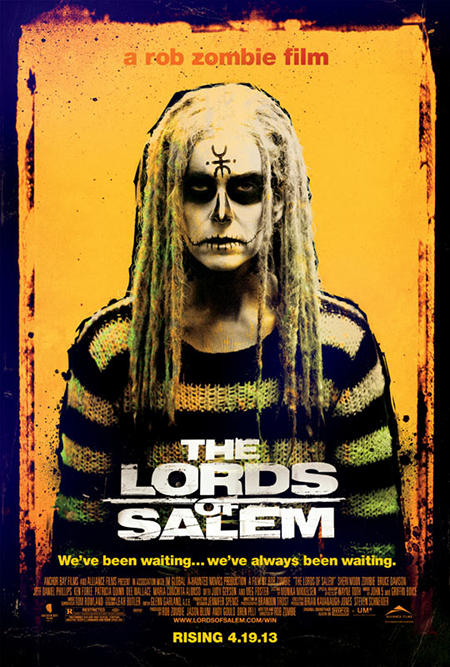