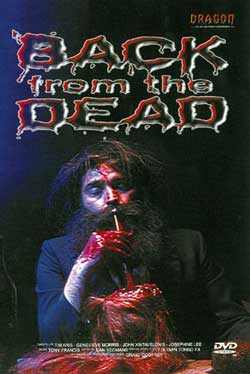 During a spot of hypnotically induced past-life regression, dim-witted Corbet finds his inner cannibalistic psychopath awakened, and embarks upon a violent killing spree in which all manner of carnage is gleefully inflicted upon those around him. Plus a great many puerile sound effects as he does it.

“A bit like Peter Jackson’s Braindead or Bad Taste” is how Craig Godfrey’s Back From the Dead is best, if rather unimaginatively described. Both directors originate from Down Under (although yes, I know, New Zealand is not the same as Australia) and are playing with a relatively low budget. Like Jackson, Godfrey opts for anarchic splatter, and occasionally comes very close to capturing the spirit of Braindead (otherwise known as Dead Alive) or Bad Taste – particularly the latter, which is no masterpiece itself. But for all his verve and inventiveness behind the camera, it’s unlikely that we’ll ever see Godfrey headline something such as Lord of the Rings or The Hobbit; at least, not without a series of pre-recorded fart noises to fill the lulls in conversation. 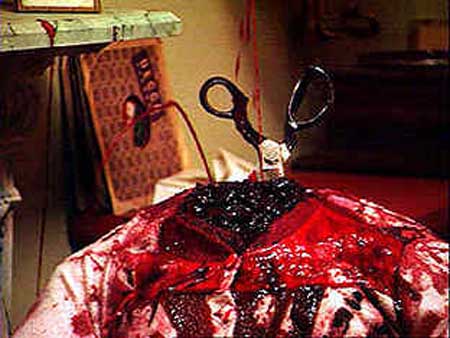 As halfwit Corbet embarks upon an experimental past-life regression treatment, dark roots from within his family tree are uncovered. Corbet, it’s revealed, was once an infamous serial killer and madman named Kavendish (introduced in a barnstorming flashback sequence). As the experiment continues, Kavendish edges further into the driving seat. Eventually, the reborn Kavendish sets his eye on Corbet’s girlfriend Ruby, whereupon the movie becomes a fight for her survival. 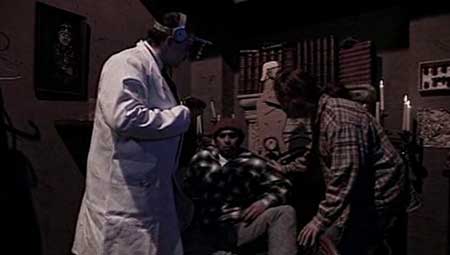 The plot is thin on the ground, but to his credit, Godfrey does a great job with not a lot, both in terms of plot and budget. The film’s lack of funds is quite obvious throughout, but Godfrey doesn’t let that stand in the way of creating a truly disgusting piece of work. The movie opens with a genuinely impressive car chase sequence, and never really looks back from there onwards. The action comes hard and fast, with more than a few appropriate nods to obvious influences Peter Jackson and Sam Raimi as the film goes on. Back From the Dead is never as good as Braindead (never mind the Hobbitses, this is Peter Jackson’s true masterpiece) or The Evil Dead, but Godfrey shows some promise. It’s a shame that he hasn’t done much since this 2001 release, since with a little more practice and finesse, we could have a real talent on our hands. 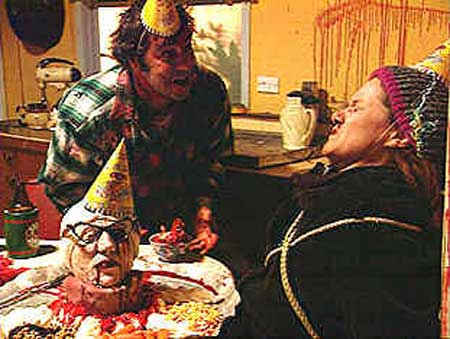 Tim Aris does well as Corbet/Kavendish, obviously having fun in the role. His performance won’t be to all tastes (and nor will the film) but it anchors the film quite nicely in the same way that Timothy Balme did for Braindead, or Bruce Campbell The Evil Dead. He’s nowhere near as talented as those chaps, but he’s fun, all the same. The Braindead comparisons (still) don’t end there either, with an evil matriarch character giving Braindead’s Vera Cosgrove a run for her money in the psycho mother stakes. 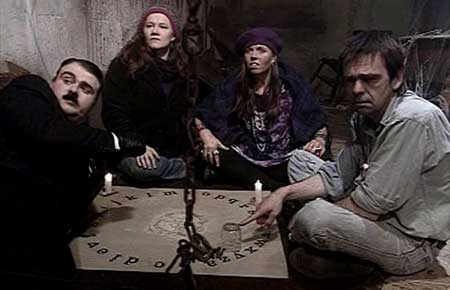 Well, if he could get over his thing for poo and fart jokes. They’re amusing enough, but get a little grating as the film goes on. Thankfully there’s the equally incessant gore and violence to tide you over if that’s not to your taste. There’s everything from dismemberment to full-on brain-eating going on here, with a slaughterhouse (veggies beware) and a tapeworm thrown in for good measure too. My favourite gore gag was a relatively simple one – a fellow being smashed in the face with a large flat object, which in turn smashes the poor victim’s face into a large flat object. The violence is so cartoonish that it’s almost impossible to be offended by it. Almost. 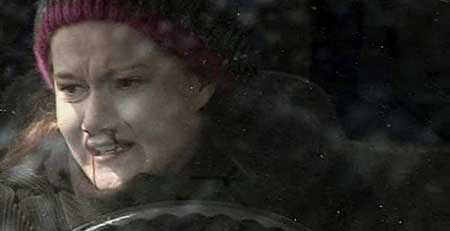 Fans of Troma and other such low-budget splatter movies should have fun with the film though, which is silly and exploitative enough to be worth at least the time of day. Ultimately, Back From the Dead will play well to a laddish, somewhat inebriated crowd – and preferably one who haven’t seen enough old-school Peter Jackson to know just what they’re really missing.