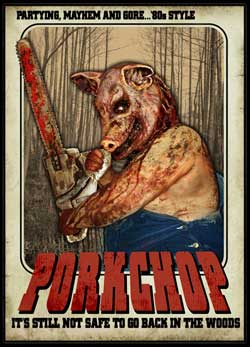 A group of campers are stalked by a deranged redneck with a pig mask.

Have you ever seen that horror movie where a bunch of college-aged kids pile into a van and take a trip together, and then they end up either getting lost or changing plans and going to an unchartered area, and then one by one the stereotyped characters get bumped off by a sadistic killer with a backstory-sized chip on his shoulder? Yeah, me too, and I really liked it and all of its sequels. Because, let’s face it, this plot line represents nine out of every ten slasher films, and yet we still watch them and we still love them, no matter how many times the blonde is portrayed as ditzy, the final girl runs up the stairs, or the black guy dies first. Porkchop, directed by Eamon Hardiman, doesn’t break any new ground, but it is fun and entertaining all the same. 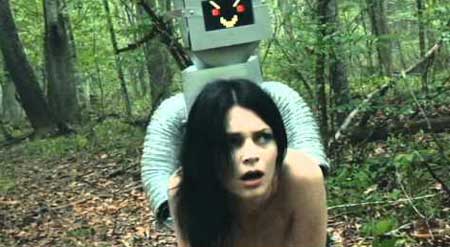 After a quick flash of nudity and bloody murder to whet our appetites, and then an opening roll of credits featuring pigs in a slaughterhouse, our story begins to set itself up. We are introduced to our 1980’s slasher film stereotypes as they pile into a VW bus: Mike and his girlfriend Deborah (Ruby LaRocca, famous for her appearances in softcore P*rn parodies such as The Sexy Sixth Sense and Lord of the G-Strings: The Femaleship of the String) are an arguing couple, Ian’s a punk rocker, Courtney’s a cheerleader, Rachel’s a smart and sex-starved girl, Richie’s Deborah’s brother and a huge nerd ( in a role combining Piggy from Lord of the Flies and Franklin from the original Texas Chainsaw Massacre), and finally Richie’s wisecracking, Johnny 5-like robot pal, Elron (voiced by Dan Hicks, star of multiple Sam Raimi movies, but best known as Jake from Evil Dead II). As we meet the future victims, two things are made clear. Porkchop does not take itself too seriously. Goofiness and jokes abound, which ends up a breath of fresh air, even if it does take a little away from the desired scare factor. The other thing we catch early on is that this movie is set in the 1980s. And just in case we didn’t get the hint right away with the clothing and the general look of the movie (special mention here of Rachel (Erin Russ, also a model for Girls & Corpses magazine), who has a very natural, very 1980s beauty), we are continuously tossed references: Commodore 64, lawn darts, ALF comic book, the British punk guy with a Church of the Subgenius stencil on his jean jacket, Mr. Belvedere, and the reoccurring “Choose Life” t-shirts, to name just a few. 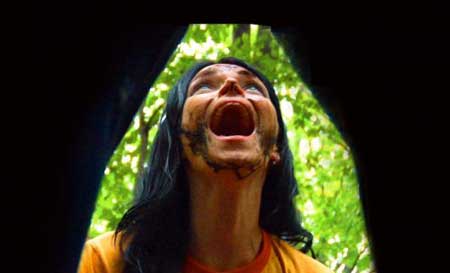 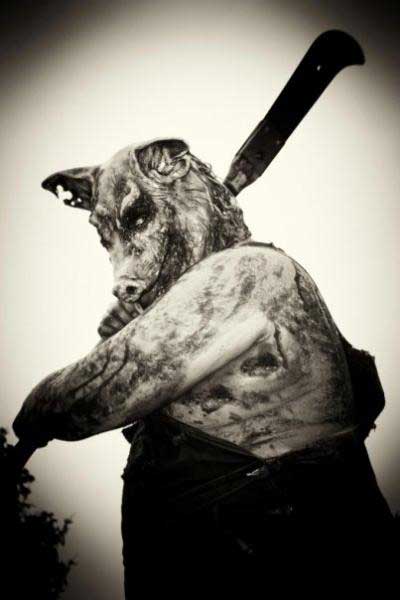 Eventually we have the group sitting around the campfire. After a montage of dancing and drinking, Mike tells the legend of Porkchop, a young boy from the area who murdered his parents, then disappeared. Richie & Rachel go off to get to know each other better. Elron recharges after doing impressions of Twiki from Buck Rogers. After Deborah goes to sleep, Mike and Courtney sneak off to have sex. And Ian wanders off and passes out in a random cabin after pooping in the fireplace. When they all wake up and find Ian to be missing, they split up to find him.

If you are just looking for gratuitous gore, you may want to look elsewhere. Despite early hints that the kids are being watched and a couple red herring-type scares, aside from the early tease we don’t actually get our first kill or glimpse of the killer until nearly sixty-two minutes in to the ninety-two minute film. But once the murders do get started, the action is packed in at a non-stop rate. We see croquet mallets and tent stakes employed as murder weapons, as well as the foreshadowed death via lawn dart. A previous demand of “f*ck me with a chainsaw” is realized. We even get robot/human sex and multiple homages to Leatherface. 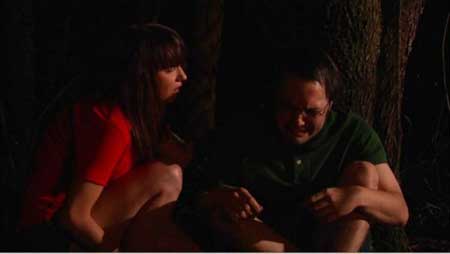 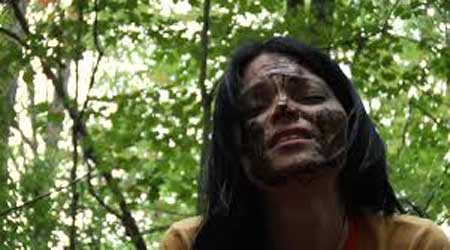 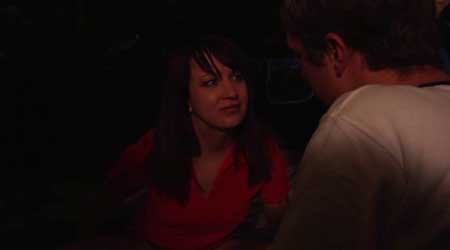 To be honest, I had low expectations as this movie started. But despite the minor technical errors throughout, I have to say I really enjoyed Porkchop. Sure, there are often long pauses after lines are delivered, and I’m still trying to figure out the scene where Ian is shown talking on a cell phone before a cut edits it out of his hand. And where is this film set? At one point, an on-screen news clip states it is San Antonio, later on they talk about avoiding West Virginia. The end of the film feels a bit rushed, like they had a good idea but weren’t sure where to finish it off. 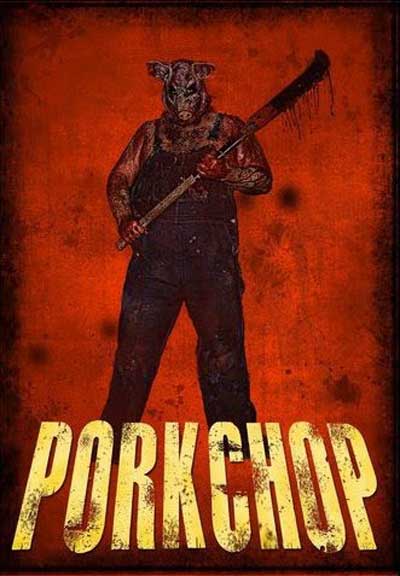 When all is said and done, Porkchop reminds me of Sid Haig’s 2011 film Creature meets Thankskilling. It was fun, funny, and still ended up with enough splatters and irreverent killings to leave me smiling. The director must have looked at his final project with a similar smile, as in the next two years he put out two sequels. Two sequels that I plan on finding as soon as possible.