Home | A New Clip From MY AMITYVILLE HORROR

A New Clip From MY AMITYVILLE HORROR

Been talking about this one for a bit now. MY AMITYVILLE HORROR is a documentary film with a really interesting premise. The press release explains it all:

On November 13, 1974, the house at 112 Ocean Avenue in Amityville, New York became a place that locals feared when 23-year-old Ronald DeFeo murdered his entire family under very mysterious circumstances. In September 1977, it became a place the entire world feared when Jay Anson’s book “The Amityville Horror” was published (later adapted into the popular series of films), bringing the house international notoriety and instant entry into the occult history books. Not so much because of the DeFeo murders, but because it told the tale of what happened to the next family who lived there, one year after the massacre. The Lutz family.

In 1975, they were dwellers for all of 28 days before fleeing in mortal terror, the victims of widespread supernatural happenings that pushed them to the brink of madness and had them fearing for their lives. A media circus began that never fully ended. Straight up to their recent deaths, George and Kathy Lutz have never gone back on a single claim. Daniel Lutz was ten years old at the time that his family literally went to hell. Never before in the 35 years since living through the ordeals has he gone on record about his experiences. This is his story, in his words.”

A new clip is out, give it a view: 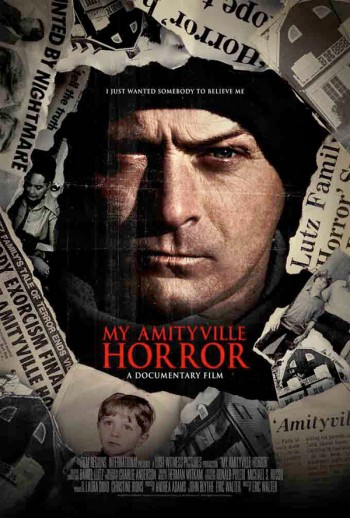