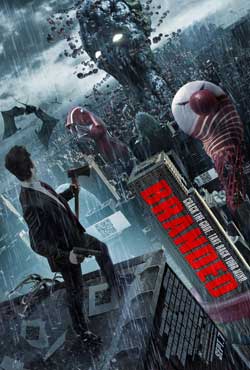 Set in a dystopian future where corporate brands have created a disillusioned population, one man’s effort to unlock the truth behind the conspiracy will lead to an epic battle with hidden forces that control the world.

It’s rare these days to find a truly remarkable film about the subjects of advertising, marketing and science fiction that work so well together. “Branded” is truly unique in its approach and execution. While viewers may begin to wonder during its first act, if they haven’t just picked up a drama about relationships and the workings of society, this film does has a vision and that vision is what kept me compelled to its storyline. 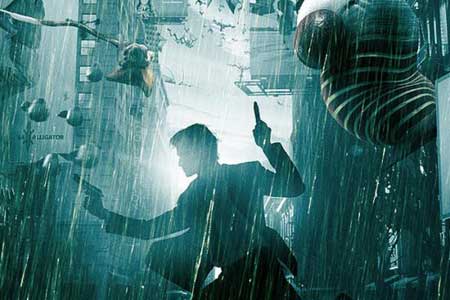 Viewers will also recognize a familiar theme that is exploited in this film to illustrate its purpose. It’s the nature of marketing and how “we” can be so easily manipulated by influence and events. The cover art of this movie is what drew me in, that resembles a cross between Spy Kids and perhaps a motive towards corporate chaos. Those funny balloon looking creatures that seem so out of place like they were borrowed from the latest Asian market adventure. We are taken into our present that is set within an almost parallel “dystopian future” setting where advertising and marketing have unknowingly captured the world’s attention to the point of extreme manipulation. Misha (Ed Stoppard) is an expert in his field known for groundbreaking ads and campaigns. Though life is not always so easy as his day to day is always under the gun of focus groups and market tests. This idea is not science fiction. In fact its standard procedure and fare for today as an industry. 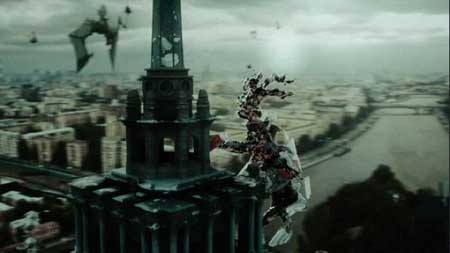 Max von Sydow plays a the character of Joseph Pascal, a master marketing guru who instructs some of the biggest corporations in the world. His approach is well known, well respected, and a mainstay for brilliance in his field. He has been faced with a huge task of devising a way to get people to realize that “fat is beautiful” so that the fast food industry can flourish, particularly a chain that boasts its simple product of selling burgers.

Misha who is brought on to do marketing for a new reality show called “Extreme Cosmetica” finds that things backfire when the participant goes into a coma after agreeing to put herself under the knife of cosmetic surgery. This launches a public outcry that is based on excepting oneself as they are. Of course you can see how this also serves Pascal’s agenda putting the nation into a state of self indulgence and consumer chaos. In short “we” become fat, obsessed and married to the marketing ads that exploit burgers and fast food. 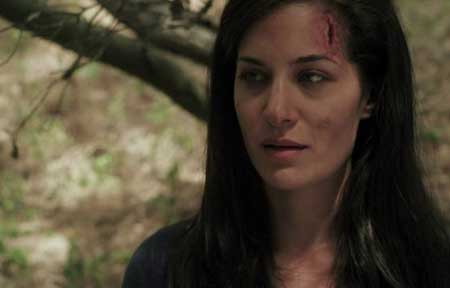 Now Misha, an ex-Soviet Russian immigrant (now a much admired marketing executive), had also began a romantic relationship with his boss’s Bob Gibbons’s niece Abby (Leelee Sobieski (this against the wishes of Gibbons). Though as things heat up, they also fall apart with Misha and Abby’s reality show becoming the fuel for the next enemy number #1 (and a change in the way food consumption is being perceived). Misha breaks down and heads to the hills to become a sheppard

With this all being said, it’s a wonder how science fiction fits into the whole realm of this movie. Let’s just say that Misha performs and old ritual that awakens his consciousness to being able to see people addictions. These addictions emerged from buildings, bodies and entire cities in the form of bizarre colored balloon like creatures. This ability re-energizes his life and perception bringing the root of his talents full circle. 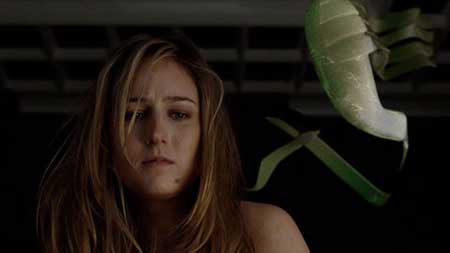 The visual display is quite unique and very “cultish” feeling for a marketing film. Directed by Jamie Bradshaw and Aleksandr Dulerayn, this 2012 creation seems to hit its market with a scary-relistic vision that to me doesn’t seem as sci-fi as its alludes to. There was obviously great thought that went into this production and the woes of the consumer plight that mirror directions we are taking “as” a consumer. “Branded” also demonstrates how easily the corporate hats can capture our needs while catering to them in manipulative ways. Ed Stoppard feels like a perfect match for his part while capturing the pompous and empowering agenda he has been given. Leelee Sobieski compliments this portrayal with her sexiness and compassion making this an all around damn fine film to behold. I’m marking this one as a personal cult style sci fi experiment that just simply works. As I’ve said in the past, it’s the inventive films that stick with you the longest, and if that appeals to you also check out the recent “Upside Down” release.