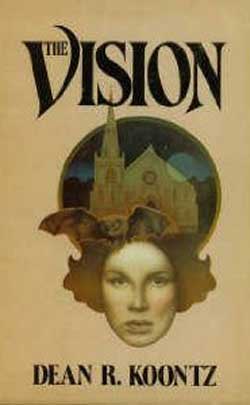 Mary Bergen is a psychic with a talent for seeing macabre episodes of murder before they transpire. A serial killer is on the loose in Southern California. While Mary grapples with her own tortured past of abuse twenty four years ago and the constant conflict between her husband Max and brother Alan she races against time before the killer can strike again on Christmas Eve. Will Mary be able to outwit the killer’s grisly tendencies to wipe out the entire Harbour Christmas Parade from the observation tower or will her good intention succumb to The Vision?

Every now and again we stumble across a diamond in the rough while perusing our local second hand book stores. Well into the 21st century the media of novels being available in hardcopy print are becoming further and further obsolete. By chance to encounter a work of fiction from one of my favourite authors in its original printed glory from 1977, naturally I had to jump at the advertised $7 purchase. Although The Vision was scribed a mere three years after my birth Koontz’s timeless tale of psychics, clairvoyance, murder and mystery could just as easily translate unto a more contemporary time frame, or any other for that matter.

The combination of supernatural, suspense, mystery, horror, humour and romance makes this early edition (or not so early it’s staggering to fathom Koontz already had thirty five published novels under varying pseudonyms by this date, he still actively releasing novels annually today) of the author’s storied career fresh, intriguing and maintains a little something for virtually everyone.

The mechanics or style of the writing breaks up short sentences with longer, descriptive text flourishing the reader’s attention span. It’s a tactic often taught in creative writing 101 and illustrated at its finest on just how effective the prose can be.

Each of Koontz’s characters are well thought out, imaginative with equal portions of appealing traits and flaws accentuating humanistic qualities practically every walk of life can relate to. We see a bit of ourselves in the author’s characters making this tale even easier to relate to. We cheer on our protagonists and subconsciously peel back the layers of their subconscious realizing they’re really no different from you and me.

Several instances of conflict ranging from Mary versus her troubled past to Mary versus the supernatural entities versus her social and moral responsibilities to Alan versus Max keeps this story moving at a delectable pace. We find ourselves tearing through each chapter page after page. Most Koontz fans, new and die hard will surely attest to reading his endeavors from beginning to end in two to three sittings.

Descriptions are poetic in nature from simple weather conditions to architectural backdrop making impressions vivid within our collective psyche and imagination. Each is more vibrant than the next creating a virtual movie reel between our ears. The descriptions of the murders and visions are so graphic its bone chilling terror at its finest. Koontz has an uncanny gift for illustrating the darkest seeds of humanity in contrast to the beauty he lays out before us.

The symbolism behind the birds, firearms, glass figurines, bat wings among others bedazzle the audience; highlighting the symmetry of the occult fascination movement in the mid to late seventies. Keep in mind this is a time frame in which the Manson murders were on trial, The Son of Sam murders had still struck fear in our hearts and the Texas Chainsaw Massacre and the Exorcist were creating a stir on the silver screen. The era had seen a post hippy make love not war attitude shift towards a fascination with the Esoteric, astrology and the unexplained. The author cashes in on these trends making this inspired reading in pop culture at the time and equally as fascinating today.

Although the paperback version weighs in around 338 pages, the hardcover, as in my case, is a neat, tidy 227 page compact read ideal for new Koontz fans, classic collectors and commuters alike. 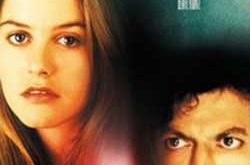