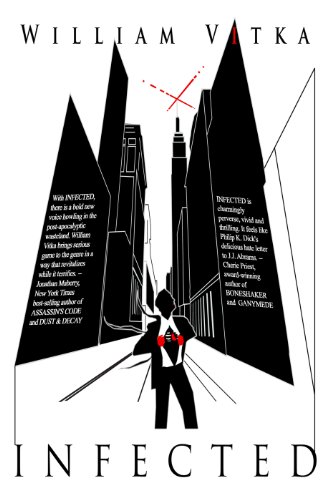 Let me start off with a short tale of my own. It took me a bit of time and patience to receive this book from Mr. Vitka’s publisher. While waiting for the book Mr. Vitka and I actually became email buddies. The book took so much time, in fact, that Mr. Vitka was nice enough to actually purchase me a copy with his hard earned author-dollars. The funny part is the day after Mr. Vitka had purchased the book for me, through Amazon, the book from the publisher arrived. Said purchased book arrived in time to make a nifty holiday present for my son. So, not only did I make a friend through email, I received a bonus gift for a family member.

And what a bonus gift this tale turned out to be! Mr. Vitka is a hard-nosed writer with a hard-nosed tale to tell. From the opening sentence, which describes a totally deranged councilman having intercourse with a dead prostitute’s skull, to the bleak, yet satisfying ending, we are treated to colorful hard-drinking, foul-mouthed characters. This is pulp, NC-17 horror, my fellow readers.

Our chronicle takes place through the eyes of Poppa Bear. Poppa Bear is an everyman. Now mind you he is a hard drinking, drug taking, metalhead, journalist everyman. He works for a grubby newspaper and is in constant pursuit of the ever eye catching HEADLINE. Poppa Bear is the perfect character for the tale Mr. Vitka has set out to tell. He doesn’t give a shit about anybody but his closest friends and his fair maiden, Momma Bear. When giant bugs begin to feast upon subway goers we could not ask for a better man than our everyman to begin looking for headlines and information. Through our headline seeking journalist we are treated to a setting that I hope becomes a staple in more of Mr. Vitka’s books. The good ole’ USA is not what it used to be. It is the USA of some unforeseen future. New York and Los Angeles are no longer part of The United States of Christ (Vatican approved) and the book takes place after some sort of Emergence Day, this was when something old and horrible awoke under Brooklyn. We are not treated to much on these subjects and I hope they are revisited in future yarns.

Poppa Bear’s account really begins when he and a photographer are sent to the visit our very kinky councilman in the hospital. They are there to research information on what makes a religious man like him (apparently not too religious, considering this was not the first time he had frequented this prostitute) not only kill, but perform sex acts with the eye socket of a dead working girl. Well, as you would have guessed, there is something seriously wrong with our sexed up politician. He has gone bonkers and during the short interview he bites the photographer. Can you see what’s coming? If you are like me, and I am sure you are, you can bet your Kodak that there is going to be trouble. Zombie-like trouble.

Our duo eventually head back to the office after they win the battle with the councilman (using an axe) and snark their way out of police trouble. But, as happens, our photographer is not feeling all that well and is HUNGRY! At the office they make their way to the TV stations where chaos ensues when our hungry photog bites a reporter, who then reanimates and bites someone else, and…well, you know the story. I will tell you though, when the TV station, hell, the whole building goes batshit, the story becomes a locomotive out of control. Mr. Vitka reaches deep for some of the best action writing I have read in years. Poppa Bear is a survivor and he doesn’t give two pieces of eight who or what gets in his way. We do get added characters at this point. My (fan) favorite being O’Bannon, a semi-doctor, who is a reluctant hero with a good head on his shoulders. O’Bannon starts to figure out that there is actually a parasite that is reanimating the dead and that it is using humans because it needs a host. And as we all know, parasites will reconfigure their hosts in order to make them more pliable for their needs. This is when we are treated to things like stilt-walkers, which are like greyhounds from hell and where metal implements are added to our hosts. The bodies of the dead are being reconfigured to suit the parasite. Very nasty.

So, begins the great pursuit of Poppa Bear finding Momma Bear (and Fred). There are the bugs in the subway, the Keefs, (this is what Poppa Bear calls the walking dead because they resemble Keith Richards of The Rolling Stones, HA!), the inept military blowing up bridges and, of course, our super-duper parasitic killing machines. WHEW!

The struggle is legend and our heroes are brave but there is just so much shit going on it is very difficult to see a happy ending. So, don’t count on it. I really enjoyed this book. I loved how the setting was a near not-so-pleasant future and how everything that can go wrong does (and believe me, it does). I also loved that it takes place in the snow. The winter setting for books like these is rare and I loved how it created more plight and circumstance for our embattled heroes. I also love the cover of the book. It says in the author notes that it was designed by Sean, the author’s brother. Very cool. Well done, Mr. Vitka. I will be anticipating your future sleazy pulp endeavors. And, if I may, keep your brother on the payroll. 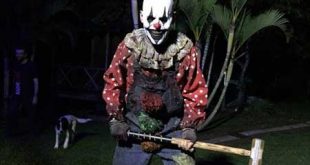 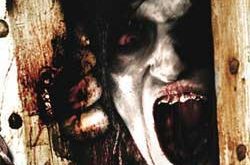 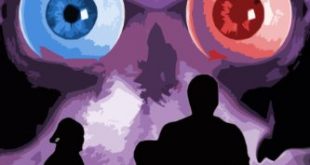 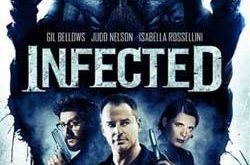