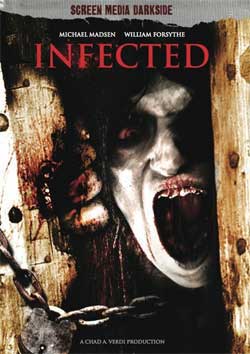 A blood virus infects a small group of hunters turning a father & son trip into a fight for survival.

Where to begin? Zombie films. There are always going to be zombie films, or films where a viral outbreak or chemical explosion turns humans into rabid beasts. Many recent ones have gone for the comedy horror option such as Zombieland and Shaun Of The Dead. Some play it straighter, an excellent recent example being 28 Days Later. Like this last film Infected opts for disease as its inspiration, the exposure to a strain of Lyme disease generating animal-like characteristics in humans.

The basic premise is a simple and yet well used one. Several family members and friends meet up at some cabins in some generically isolated woods for a bonding session, specifically between Louis (Michael Madsen) and son Andrew (Tom DeNucci). While they are hunting, making fires, randomly wandering and at one point having sex (between two characters that at first I was convinced were related) they come under attack from humans infected by a virus which turns them into bloodthirsty, rampaging animals; stop me when you’ve heard this one! 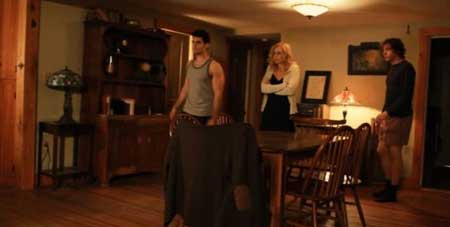 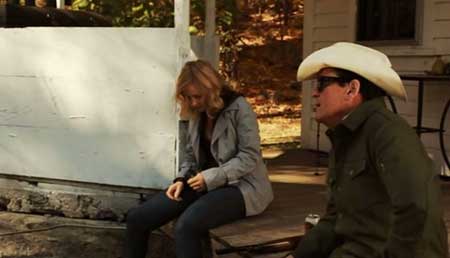 As they board up and secure the cabin they repel wave after wave of attacks but how long can they hold out for?

Firstly let me say that I am not going to get cross and go off on a rant about Infected because it just isn’t worth it. This is a very, very bad film and getting cross about it just draws attention to it and, much like an unruly child, Infected should really just be ignored. As I have watched this film though it is now my responsibility to warn potential viewers of the why they shouldn’t.

The biggest single problem is the characters. It is almost impossible to follow who has what relationship with whom to the point that you really need some type of chart to keep up. As I said above, at one point the Andrew and Jessica (Annie Worden) characters began to have sex. I was convinced up until this point that they were related in some way and that this was about to become a film about an entirely different subject! At other times characters just seem to show up and we are supposed to know whom they are. There are scenes of a woman driving as various events unfurl but it’s not until she arrives at the cabins that you find out she is Louis’ wife and they were all expecting her. Until this point she had not been mentioned and given that she was pregnant I would have thought there would have been some concern. And when some guy called Matt walks in there is something akin to a group “Hello” with no explanation whatsoever as to who he is. 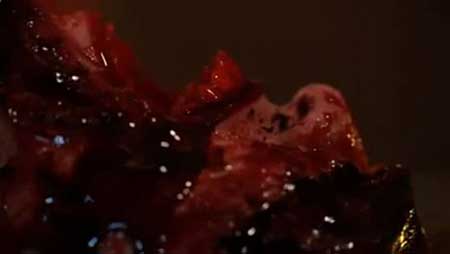 Another major problem is the direction, or more specifically the camera work and editing. To sum it up simply it is all over the place. There is a huge list of people who apparently have been involved in the production of Infected including apparent director Glenn Ciano, eleven producers, three editors and even, and I find this hard to believe, a cinematographer! To explain my exasperation I will refer to two specific scenes. Before the apparently unrelated couple can have sex they send a third member out to start a fire to get some privacy. Just as they are getting to it they stop and rush outside armed with weapons. When some of the other character return and ask them what’s happening they say they heard screams and rushed outside. The problem is, I didn’t. I watched this back and there are no screams to be heard at all. The second scene is when they are fighting off the infected and firing weapons left, right and centre. There is a noticeable delay between when the gun is fired to when it hits its target giving the distinct impression that there was only one camera on set. The same thing happens with punches and kicks as if the scenes have been very roughly cut together with no real continuity. 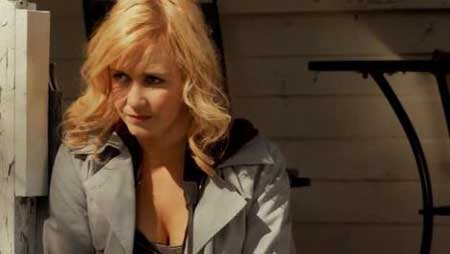 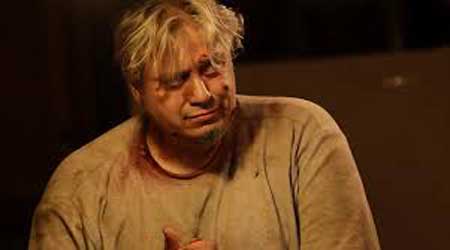 There are many, many more issues. The characters are blatant stereotypes, there is an alarming amount of soft focus used, the gory sections just aren’t convincing and some scenes are just in poor taste. It is as if the filmmakers weren’t sure quite what type of film they wanted to make; there is a bit of exploitation, a hint to survival horror, a pinch of a splatter movie, and what they have delivered is, to put as simply as possible, a mess. 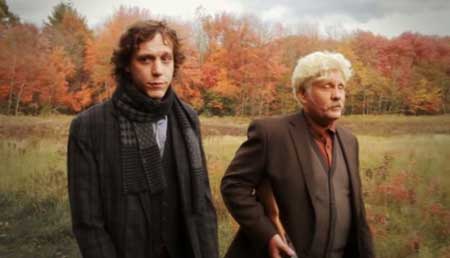 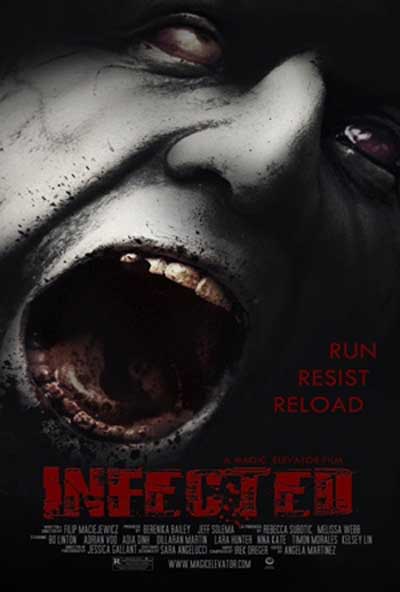 With so many decent horror films being produced by talented, independent filmmakers for low budgets there is just no need for a film like Infected. It brings nothing new to the genre and when compared with a thoughtful, stylish take on zombies such as State Of Emergency, it becomes completely insignificant. Do not waste your time.