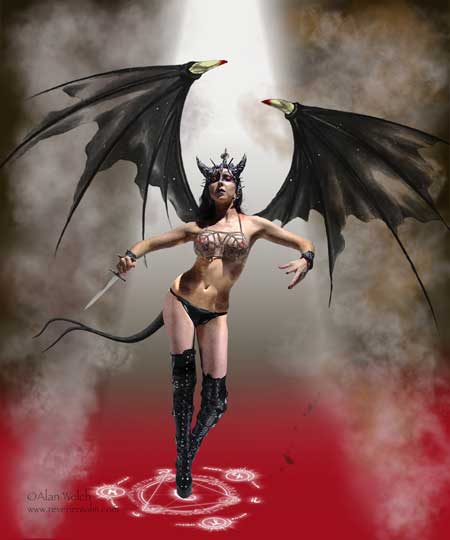 Lady Violet Arcane has been performing in front of large crowds for several years, breathing and eating fire as well as showcasing many other off-the-wall skills, including aerials, belly dance, and grinder girl pieces. Her modeling encompasses a wide variety of niches, from horror and gore to fetish and Goth. Her love of old-school horror as well as modern-day gore fests influence her everyday aesthetic and her stylized stage presence.

At age 18, Violet attended her first convention- Fetishcon in Tampa, Fl. It opened a whole new world to her, and she fell into it eagerly. Over the next several years, she attended conventions ranging from fetish and BDSM to horror and science fiction. She has wowed at renaissance fairs, circus shows, fetish parties and horror and art festivals up and down the east coast, inland to places such as Kentucky, Indiana, and Colorado, and places on the west coast such as L.A. and Portland Oregon. She has performed at FetishCon after parties for the past two years, and was a regular performer at Skin Two Atlanta for three years running. Her DragonCon performance debut in 2012 kick started with 2 after parties and she is slated to return again next year for Secretroom.net‘s after party blowout.

She currently manages a troupe called the Succubus Sorority out of Raleigh NC, one of the most diverse performance troupes on the East Coast.

Violet has had several minor roles in independent film projects, both horror and otherwise. Her projects for the next year include bigger film projects and more aspiring screen performances.