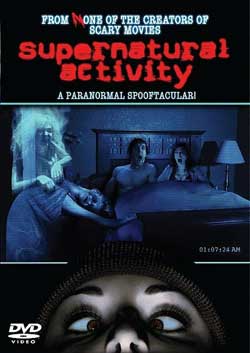 I had just seen the trailer for what looked to be an amazingly unfunny film called “A Haunted House” starring the amazingly unfunny Wayans Bros last week. The film is to be a spoof on “Paranormal Activity” & it’s ilk and I realized that there hasn’t (To my knowledge) been any spoofs on the “PA” series released at all, perhaps that’s a good thing. But lo & behold! What did I receive from my sadistic editor to watch and review? A spoof on not only “Paranormal Activity” but “The Last Exorcism”, “Blair Witch Project”, “Cloverfield” & any number of found footage movies. A film called “Supernatural Activity“. And after suffering through it, perhaps it would be a good thing if these spoofs just weren’t attempted. Let me explain… 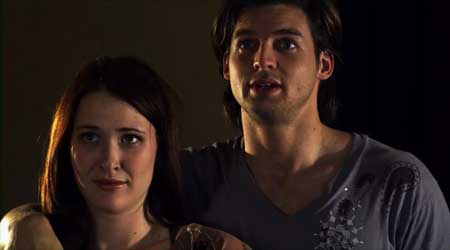 Damon Dealer(Andrew Pozza) is a world famous illusionist/TV star of a show in which he (& his crack team of investigators) scour the world for proof that the supernatural does indeed exist. As the film begins they are deciding on what the focus of the next episode will be. It’s decided to investigate an ancient indian burial ground but what his team doesn’t know is that Damon is secretly having a documentary shot at the same time called “Freaky Fraud-Day” in which his popular show will be exposed as a fake. Filmmaker Tuck Thomas (Philip Marlatt) is working on Damon’s film but he doesn’t know that a documentary on the documentary he is filming is being filmed at the same time. All of this takes place in the first 10 minutes and it’s barely coherent so don’t feel too bad if you’re head is spinning, mine sure was.

Unfortunately Damon’s plans go awry and the entire crew is sent to Hickville, Tx to investigate the sighting of the dreaded “Smallsquatch” (Yup…), a creature that apparently enjoys tickling it’s victims. But once again, they get sidetracked when they encounter a possessed girl, Emily Sunflower. Damon initially refuses to perform an exorcism but after some cajoling he decides he will perform the ceremony one last time (The Last Exorcism of Emily Sunflower..get it)? One event leads to another until the final showdown with the dreaded Smallsquatch. Who will survive and what will be left of them? 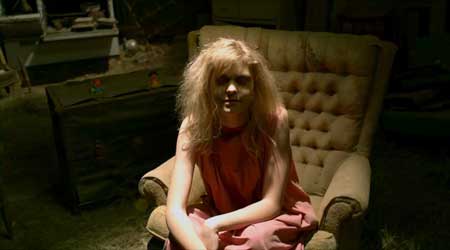 Lemme tell you, I barely survived falling into a coma while watching this seriously unfunny flick. I get it, it’s a parody and parodies by rule are hit and miss. But this complete and utter waste of my valuable (& scarce) brain cells is just the pits. There were absolutely no laughs that I could find sitting and watching it, although I did chuckle under my breath a time or two (More on that later). It’s hard to fault the actors since they’re just reading the lines given to them and in all fairness, I thought the acting was pretty spot on. Andrew Pozza has his combination Criss Angel/Ben Stiller schtick down perfectly as Damon Dealer. His crew are well cast and do the best with what they’re given also. Lidy Bisanz plays Damon’s girlfriend Blair Woods(Ha! Didn’t see that coming, didja?)Who also happens to be psychic. Donny Boaz plays Brock Haas, a Tom Cruise doppelganger who is frequently topless to show off his abs. Joey Oglesby plays Pepper Shepard, the ostensible security of the group who will smite down all evil with the help of his shotgun of course. Devin Bonnee is Doug, the resident pothead/cameraman. All of them are gung ho to assist Damon in all of his paranormal adventures and are all essayed with a bit of charm from the game cast. 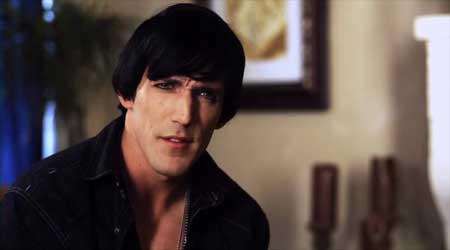 There is a very fine line filmmakers have to tread when making a parody/spoof film. They have to get the joke across to the audience without milking it past the point where it becomes unfunny. Classic parodies like “Airplane” & “Scary Movie” are funny because they almost always end the scene where it should be ended, never pushing a joke too hard or trying to bash the audience over the head with it. “Supernatural Activity” fails completely in that regard. Remember when I said I chuckled under my breath a couple of times? That was during two scenes, a take on “Paranormal Activity” and it’s static bedroom scenes where the camera is filming people sleeping in their bed & a scene in which a seance is taking place. Both of them were actuall kinda cute for the first 45 seconds or so but the makers of this film didn’t think that was good enough so they extend the scenes to the point where they just fall flat and the jokes just wither away and die on the proverbial vine. it’s almost as if the producers didn’t think the film was funny and thought that by extending scenes past the point of their worth would make them better. Here’s a hint for the next time…less is more. 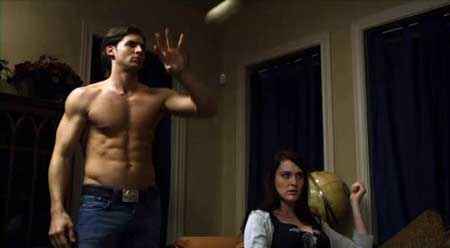 Directing duties fell to Derek Lee Nixon and he does have a handle on the whole “Shaky cam” movement I suppose, his efforts are adequate enough all things considered. The script is another story altogether though. Written by star Andrew Pozza it tries to be all things to everyone by cramming in as many opportunities for the cast to mug to the camera as humanly possible. It almost never hits it’s mark and more often than not just wastes it’s time attempting to be cute by tossing in countless references to as many films as it can. By attempting this, the pacing of the film is neglected, you can’t just toss jokes at the screen to see what will stick in lieu of pacing what you already have…it just isn’t funny 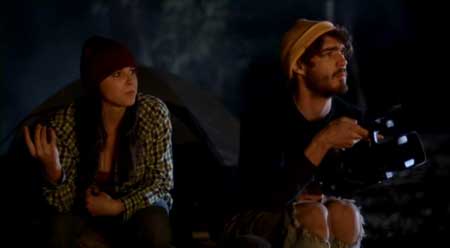 In all fairness, I did get a tiny kick when the end credits started and I read some spoof credits that made me chuckle but they come when the dang movie is all over! I wasted 90 minutes of my life watching an unfunny comedy only to laugh at the end credits? Something is really wrong here acolytes. Despite some pretty good performances, “Supernatural Activity” is a pretty lousy movie. Devoid of laughs but chock full of inanity & a must to avoid for sure.

“Supernatural Activity” .5 out of 5 shrouds. 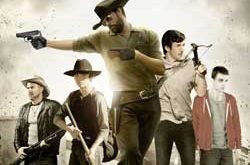 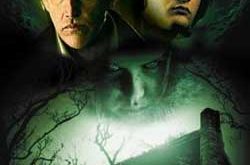