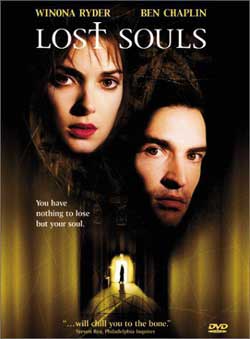 A small group of Catholics led by an ailing priest believe that Satan intends to become man, just as God did in the person of Jesus. The writings of a possessed mental patient lead them to Peter Kelson, a writer who studies serial killers. They think it’s his body Satan will occupy. The youngest in the group, a teacher named Maya Larkin, goes to Peter to investigate further and to convince him to believe in the possibility of Evil incarnate. Other signs come to him as he and Maya them take a journey full of strange occurrences, self-discovery, and an ultimate showdown.

Lost Souls (2000) directed by Janusz Kaminski) can either be considered a great horror flick or simply a blah scary film depending on the viewer’s taste in fear. On one hand it is a tremendously deep frightening film that deals with biblical implications and to many this alone can scare even the half-hearted believers. But, that concept requires serious self thought in order to terrify. In the other hand, many fright film buffs simply don’t want to be forced to ponder and prefer to be guided along, expecting slash’em up gore to take them into the fear zone. And, without having their hands taken and being led through, most of those types of fans will probably find Lost Souls to be boring and lackluster, which, in all honesty, is rather superficial. Of course when the film whole-heartedly lends credit to the fact, there is really no excuse for not being as such. 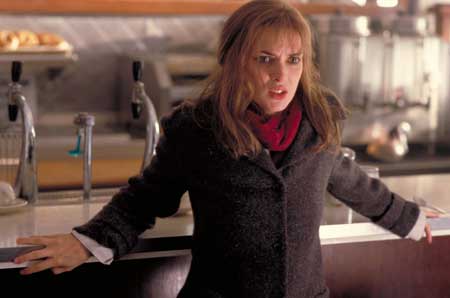 Maya Larkin (Winona Ryder) is a woman with deep personal experience as a tormented soul and a devout Catholic follower along with Father Lareaux (John Hurt), the priest who seemingly yanked her back from insanity and purgatory. After performing an exorcism on a possessed man, Maya takes the man’s writings and cracks a numerical code that names Peter Kelson (Ben Chaplin), an unbelieving writer who studies and documents serial killers, and whose body Satan intends to take when becoming a humanly form, just as God did as Jesus.

So the film delves into a slow moving tale of good versus evil with Maya and Peter both on a collision course with Evil Incarnate, a journey that will take them through a college of self-discovery, odd occurrences and a date with the devil. 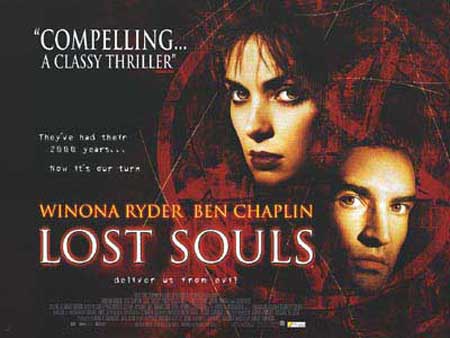 Will they successfully battle off the Prince of Darkness’ plan?

Starting off with a promise of terrifying, within fifteen minutes the film fades into a lack of back-story oblivion making the film increasingly hard to follow. While the potential was there through chilling lighting and sound techniques initially grasping the audience, its momentum was quickly lost for a number of reasons. First, a premise of the lack of being baptized as the primary reason for being selected by Satan doesn’t sit quite right. Second, a lackluster in projecting feeling performance from a normally exceptional actress making the film long-winded and ho hum. And third, how would all this affect mankind if it were to occur and the film never grips onto that impending feeling of doom. 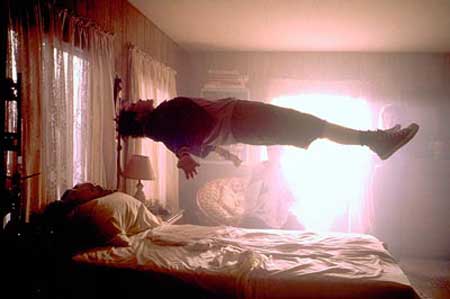 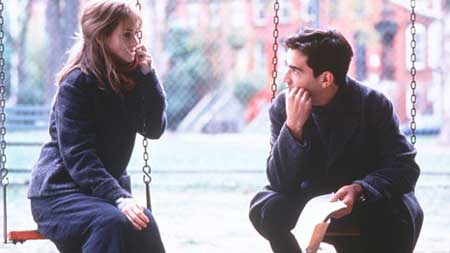 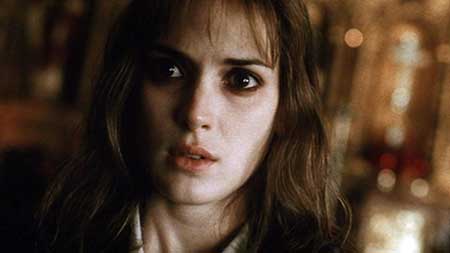 Lets be blunt, we have all seen this concept before and in much better ways. For example, The Exorcist is a far better and considerably much more scarier adaptation of demonic possession. The Omen constantly and consistently maintains that suspense factor that made it frightening and Rosemary’s Baby has the terrifying ending that most horror-based films strive for. Regardless, Lost Souls harbors none of these nuances, concentrating on a monotone delivery that lacks fear. Also, with regards and comparison to those great biblical subject type horror films, Lost Souls really doesn’t have a chance. Now, had the film explored a little deeper with fearful frightening performances, emphasized a small amount of well-placed gore (maybe as a back story of Maya’s possession), projected a frightening scene(s) showing an increasingly growing more and more wicked as the time grew closer face of Satan imposed on Peter, or clung tightly to a Hitchcockish suspense yarn through believable dialogue, the film would have been much better and memorable. 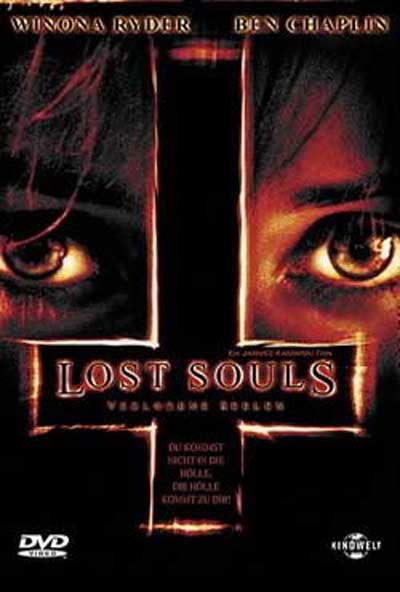 However, it doesn’t incorporate anything truly horrific with exception to a thought provoking premise and therefore, most typical horror buffs will find Lost Souls to be nothing more than a waste of ninety-seven minutes.