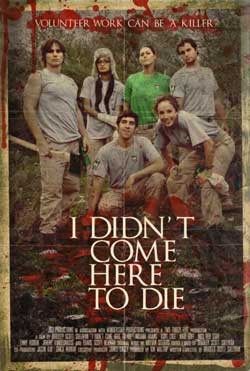 The story of six young volunteers working on a humanitarian project in the woods. Horrific accidents, rash decisions and the unpredictability of human nature leads them all to the same disturbing conclusion. Volunteer work can be a killer.

I have to start off this review with simply saying I really liked this film. Sometimes it might take a whole review to get to the meat, but after checking it out, I just think it’s one to see. “I Didn’t Come Here to Die” is shot in retro style with a bit of 70’s toning added to other “dated” style embellishments. The first scene might hit you with a bit of confusion, but rest assured it’s one that makes its way full circle. Keeping the film strongly within the horror realm, it also does it with an off beat dark comedic sense that is part of this film’s charm. The film is cited as being a comedy horror film, but I’m more comfortable with saying its a horror film with dark comedic elements. 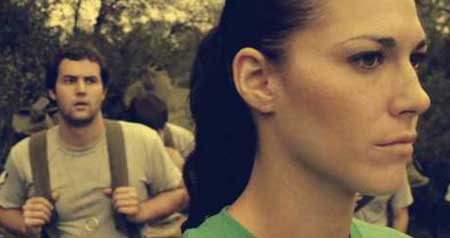 We join a group of 6 volunteers en route to an off site team-building excursion into the woods. They will be camping and assisting in building paths as part of a humanitarian project that is supposed to span over several weeks. The cast is led by Sophia (Emmy Robbin) the project leader, who directs the team on their responsibilities. The rest of the team consist of Miranda (Madi Goff), a by-the-book enlistee who quickly turns off the rest of the team with her overambitious attitude. She is joined by Danny, Steve and Chris. Chris is quickly red flagged as the edgy one of the group played by actor Niko Red Star. Besides Niko’s rather odd moniker-sounding name, is one of the film’s highlight performers who has just the right amount of “Christian Slater-isms and quirky personality to carry the weight of the film. Credit checking indicates that Niko has been in quite a few roles that would suggest his relative affinity to the occasional horror project. Last but not least is actress Indiana Adams playing Julie who adds the prefect amount of trendy beatnik-persona to the team. I wont spoil the surprise but she has one the film’s best scenes. 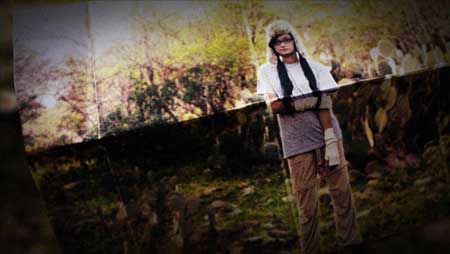 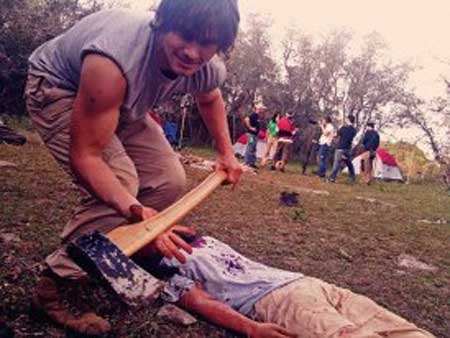 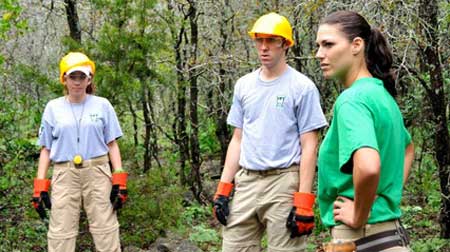 In short they are all in for various reasons that seem to be a great way to pass the time and maybe even spark a few relationships.

When the group heads off to indulge in some evening drinking binges, they are reluctant to let nerdy Miranda join in (due to her snarky demeanor). Though Miranda pulls a fast one and hits the booze pretty hard managing to impress the group enough to let her in. All is well until she also manages to poke her eye out while running into a branch. This embarks an emergency situation that prompts Miranda and Sophia away for a few days as they head back to find a hospital. Danny is left in charge as the team is left alone to continue their objectives. Those objectives also entail chopping down trees with axes and chainsaws (a recipe for destruction might add) 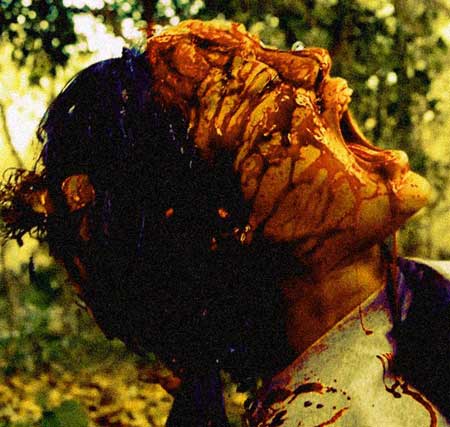 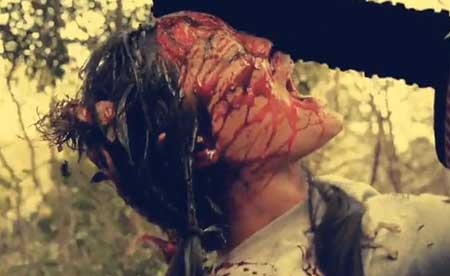 While it might appear like another one of those terror-in-woods films, the movie works nicely as a slow unleashing of accidents that appear to get worst as they progress. A chainsaw moment, a few tweaky personalities and a whole lotta of bad choices make for a great quirky unrolling of events in the forest. The humor is infused thru the accidents and the circumstances that really gel on a viewing level. “I Didn’t Come Here to Die” is a true independent release that reminds you why you “shouldn’t” discount the small stuff. The tonality keeps the film within a retro vein that is grind house enough without being “too” grind house overdone.

I’m really quite amazed at newcomer director Bradley Scott Sullivan’s work here. Not only is it stylish, but it holds its weight as a fresh new product. As the sole writer and editor on this film, it’s clear that Sullivan is a full package talent to watch for. 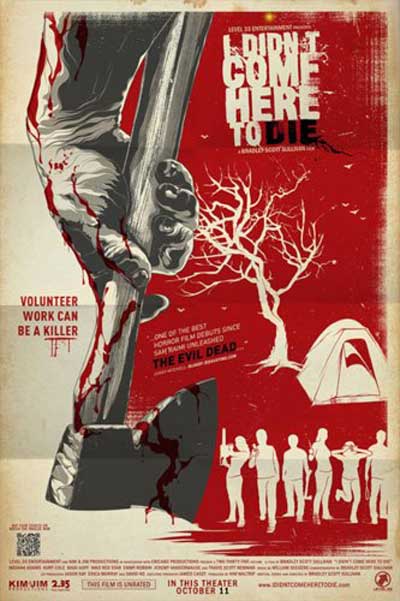 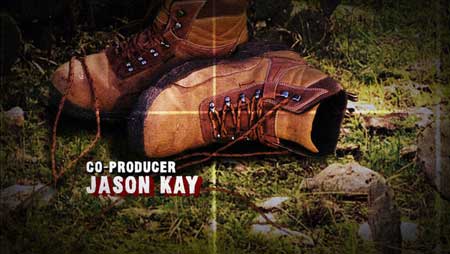 As stated from the start, “I Didn’t Come Here to Die” has a great wraparound and strong foundation that should be on your next “to see” list. Oh ya…….special mention on the excellent “title credits” work! 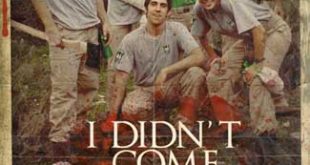 One-Sheet for ‘I DIDN’T COME HERE TO DIE’