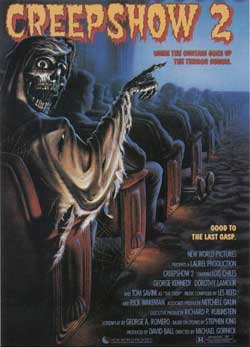 Three more bone-chilling tales that include a vengeful wooden Native American, a monstrous blob in a lake, and a hitchhiker who wants revenge and will not die.

George A. Romero and Stephen King can be a great combination – take Creepshow for example, which works on so many levels as a satisfactory horror anthology with some very memorable stories. You don’t hear as much about Creepshow 2, though, and that’s because the three stories in this anthology aren’t nearly as good as the first film; some aren’t even as good as stories on television anthology series like Tales from the Crypt. Creepshow 2 feels uneven, with two underwhelming stories and one that is just okay.

The first problem with Creepshow 2 is the framing story, which simply isn’t very good. It involves the Creep (played by Tom Savini) and a young boy named Billy; Billy buys a Creepshow comic from the Creep, plus a plant bulb, and he’s targeted by bullies. This opening sequence feels and looks a lot like Tales from the Cryptkeeper, the kids’ series spun off from Tales from the Crypt; it’s as hokey as that show, but Creepshow 2 is not made for kids. It’s a strange, off-key framing story for the film, and it doesn’t do much to help transition through the stories.

The first “episode” of this anthology is called “Old Chief Wood’nhead”, about a couple who own a convenience store in a dying western town. They’ve got an old Indian statue outside of their store, and they receive some nice jade jewels from an Indian chief as payment for their services. Some kids break in, steal the couple’s goods, then shoot them, and Chief Wood’nhead takes it upon himself to get vengeance. It’s all very generic fare, as you can tell from the plot outline, and there’s nothing very surprising about this tale at all. Once you’ve seen the title, and then the giant Indian statue outside of the store, it’s not a far stretch to get from Point A – the storeowner’s death – to Point B – the Indian killing those responsible. George Kennedy is fine as the storeowner, but the rest of the cast try too hard to get their characters across as campy people; this is especially true for the bad guys, who are all so one-dimensional that there’s barely a point in watching them go through their business before Chief Wood’nhead kills them. 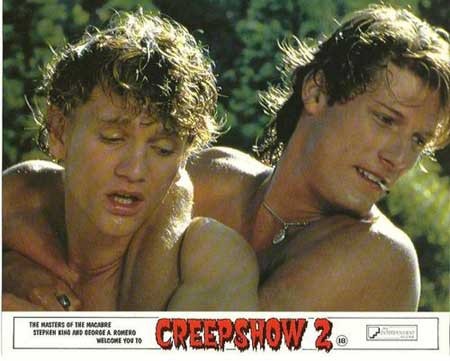 The second tale is “The Raft”, adapted from the Stephen King story of the same name that comes from his anthology Skeleton Crew. I’ve always liked this story – it’s got a ‘50s B-movie simplicity to it that works for whatever reason, slightly comic in its tone but also focusing on the violence. The portrayal of this story in Creepshow 2 manages to maintain that feeling, and it helps that it gets right down to business, not wasting any time with backstories or lead-ups. There’s something missing from this story, though – perhaps an environmental theme to be built upon. But for Creepshow 2, it’s the best tale of the bunch. 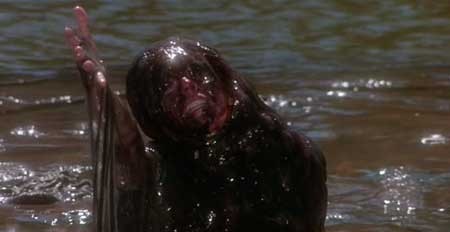 The last story the Creep gives us is “The Hitchhiker” – it’s not like the film The Hitcher, but instead an inane tale about a woman driving back home from a male hooker who accidentally hits a hitchhiker trying to bum a ride to Dover. She takes off, partly because of her own psychoses about how much it’s going to cost her and how mad her company will be if they find the damages to the car, but along the way the hitchhiker continues to stalk her even in death.

There’s a lot more violence in “The Hitchhiker”, but it comes at the expense of a good story. Lois Chiles isn’t strong enough to carry the tale as the singular heroine; much of the time “The Hitchhiker” focuses on her character driving away from the hitchhiker, screaming and talking to herself about how it can’t be real or how much trouble she’s going to get in for the car. And the hitchhiker himself, played by Tom Wright, doesn’t draw any sort of sympathy with his occasional banterings of “Thanks for the ride, lady”; if “The Hitchhiker” wanted to draw some sort of conclusion about doing wrong because of the hit-and-run, it doesn’t portray anything other than the obvious moral dilemma of killing someone and leaving their body in the middle of the road without even so much as a phone call to the police. 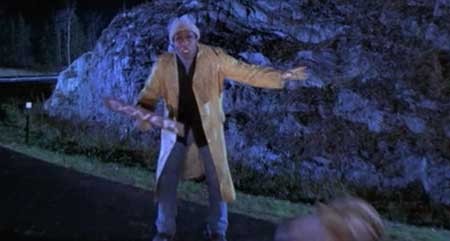 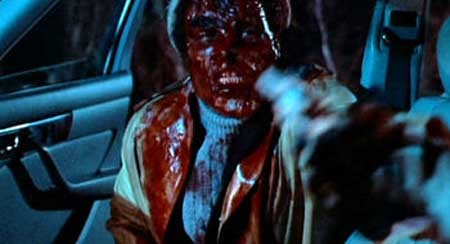 Creepshow 2 can’t capture the moods and atmosphere of the first, even with the creators at the helm. The first had better stories, and more of them at that; since this film only features three stories, there isn’t much room for error if one or two fall flat. It doesn’t help that these tales don’t have much force behind them than the simple ideas they begin with, because there are no surprises in store for the viewer like the best twists in other anthology series. Creepshow 2 does creep, but not in the good way – it limps slowly and fails to capture the audience.