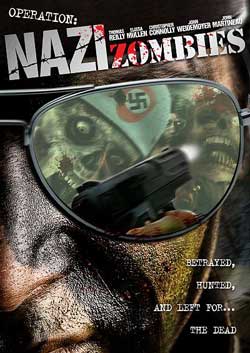 An elite Special Forces unit, the likes of which “has never been formed in these Unites States”, is sent to a classified destination to clean up a biological problem resulting from classified U.S. experiments regarding awakening the dead.

From the very beginning I was anticipating either a movie about a government conspiracy to start an army of Nazi zombies or a movie about the government thwarting a posthumous Hitler regime. As it turns out it was a little bit of both. The movie starts in Fort Leavenworth, the infamous military prison, with an officer interrogating a prisoner. He wants to know everything…from the beginning. 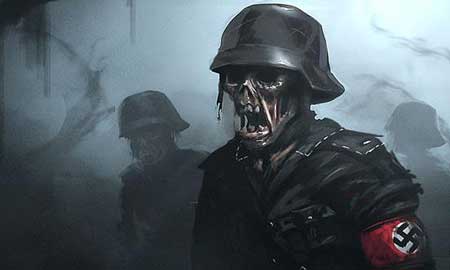 Boom! Cut to many years earlier where our prisoner is a big deal in the military and is being given orders to infiltrate a government run medical facility and eliminate specimens of a highly dangerous nature. It’s a trap, however, and half of the elite squad of Special Forces (who kind of looked like a squad of well-armed mall cops wearing ski masks, more than a well-oiled killing machine.) is eaten by aforementioned specimens. The CIA operative sent along to assist and lend his expertise? A mole who is in on it all, of course. He sabotages the mission but ends up dead before a third of the movie is done.

We go back and forth from Leavenworth and the past throughout the remainder of the movie with a little bit of exposition as to the root of the experiments – from WWII era Germans (lending to the uninspiring and misleading film title, I suppose) which were spearheaded by our hero’s father – and a lot of depiction of the remaining Special Forces soldiers fighting for their lives and seeking safety.

In the meantime, one of the few surviving elite soldiers, O’Malley, has fully flipped his lid and gone Rambo, complete with the hunting knife and camouflage face paint (wait…where did he get that? Maybe face paint is standard issue for soldiers going into the jungle, I don’t know, but when did he paint his face?) O’Malley has lost it so bad that he’s hunting his own squad mates.

And that’s about it.

Interestingly enough, however, I didn’t hate, or even dislike this movie. There were some legitimately enjoyable aspects. I loved the “squirt blood on your face with an unseen turkey baster” technique to represent splatter from a gunshot. I loved the hop over the hood of the car by our hero towards the end of the film. I liked the premise behind the catalyst of the zombie outbreak. Sure it wasn’t necessarily original (they even used the scene at the end of the midseason finale of season 2 of The Walking Dead), but it’s always fun to blame the Nazi’s for anything evil. And besides, the zombie sequences were surprisingly effective. What we are seeing here is an ambitious independent film with some promising ideas and effective storytelling. If writer, director, producer David B. Stewart III had a larger budget it might have a broader appeal. The ideas were solid if not wholly original. 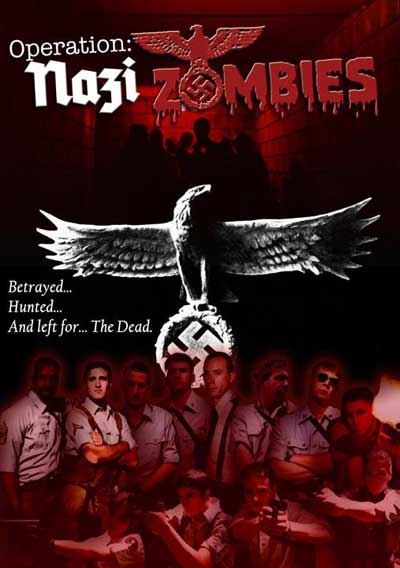