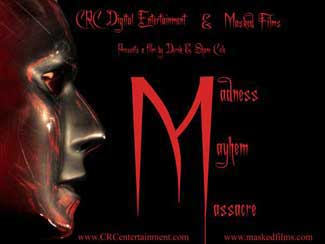 What is there to say about the films of the Cole Brothers? Well, there is not much to say since not much is known. And I have to say, I would like to know more. I always like to research the films I review before I watch them and with “M”, I couldn’t find anything on the film and next to nothing about the filmmakers. Though it took me a few minutes to get in to the film, I found the concept intriguing and well executed though the film was not without its faults. Either way, this was an interesting story and the Cole Brothers are filmmakers to keep tabs on.

Roy (Stephen Twardokus) and Jessica (Sabrina Carmichael) are skipping out on work and planning a quiet evening at home in order to celebrate their anniversary. Things take an ugly turn when an intruder appears in their house and ties them up in the garage. The intruder never speaks and, one at a time, tortures them for some unknown reason. Two detectives are simultaneously investigating a murder. This murder may be connected to a previous murder, leading them to a man they believe is the killer, but he has been dead for the last decade.

The story almost plays out in a more adult like version of “I Know What You Did Last Summer except we never know what they did. Though much of the acting was a bit amateurish, the performances still felt right . You can tell that this was a family affair, a group of close friends making a movie together, except in this case, everyone involved was rather talented. There are plenty of moments that just work and a couple of moments that make you jump. There are attempts at building suspense, though many of them sort of fall flat. One moment in particular is when Roy, while tied and gagged in a chair, attempts to escape only to have to hop back in place before the killer comes in. The films sound design was a bit lacking and a few strategically placed music cues could have raised that feeling of suspense had they been used at that moment. And another distraction, at least for me, was listening to Roy trying to talk through his gag. It was a bit laughable. Everyone gave their all here and it shows. 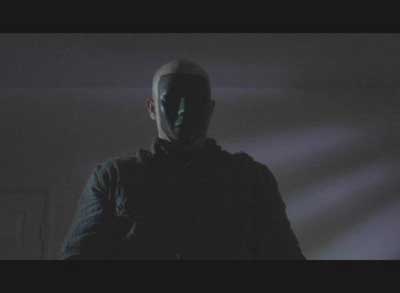 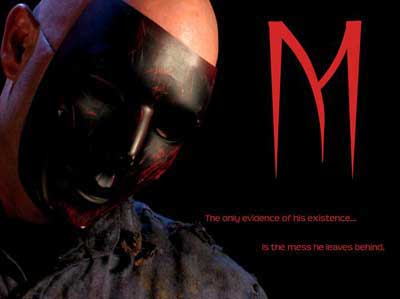 A major distraction for me was the attire of the villain. We never see his face and I loved the look of the mask he wears, the rest looked too much like Jason Voorhees, his weapon of choice was also a machete. There were some great scenes of torture in the film where that weapon was not used. I don’t know how I could have improved the look, just something a bit different and a less obvious nod would have served the character much better and made him more unique. I found him to be a very interesting character, motives, the way he operated, but those minor gripes distracted me a bit. I wasn’t sure at first how I felt about the ending but it works and left itself open for a sequel. I would say that 70% of low budget horror filmmakers like to focus on the exploitation elements of the genre (why not, it sells) but the Cole Brothers decided to develop character instead, for that I applaud them. 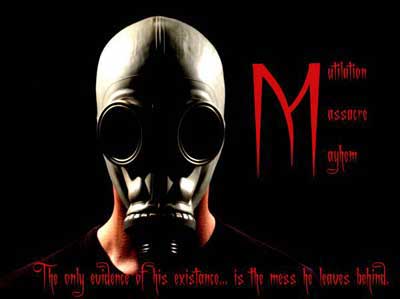 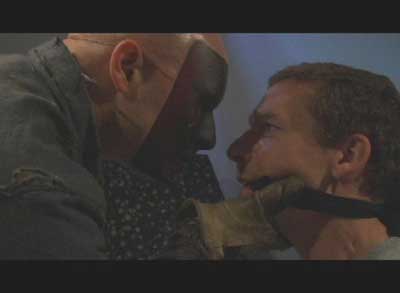 “M is not a great movie, some folks may even have a hard time sitting through it, but I think that this is a solid entry in a genre that does focus on exploitation and forgets to build character. It was a smart move and it sets their film apart from the rest. I hope they learn from their experience and when delving into the sequel that they can improve on the groundwork that they have begun with this one. I am interested to see where they take this story.