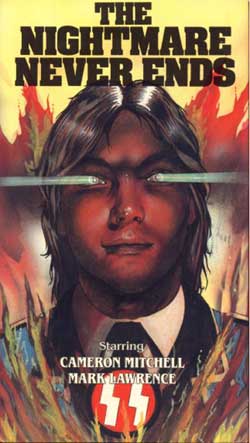 Police detective, Mitchell, investigating the death of a victim of a Nazi concentration camp discovers a nightclubbing playboy who has strange powers over women and is seemingly ageless.

Some films are just unfortunately titled, as is the case with The Nightmare Never Ends (AKA Cataclysm and Satan’s Supper). The pun practically writes itself, and once you actually get into the film to find that the nightmare really does never end, it’s almost a letdown that the film lives up to its title. Still, this is a huge stinker from three directors (Phillip Marshak, Tom McGowan, and Greg Tallas), and it’s almost inconceivable how three different people could have thought there was something worthwhile in finishing the film.

The first problem lies with Faith Clift in the “starring” role as Claire Hansen, a woman targeted by the devil for reasons which remain fairly unknown. Clift is so rigid, so terribly bored in every single scene that it’s no surprise The Nightmare Never Ends feels so long. Clift’s body stance and her terribly dull monotone, even during scenes where she’s supposed to be frightened, makes for a staler experience than biting into month-old bread. Thankfully, Cameron Mitchell is fairly animated in his role as Lt. Sterne, a man forced into looking for the devil by an old Jewish man who can’t be understood aside from his mumblings about his murdered family. Mitchell’s character, however, is mostly reduced to staring at walls filled with pictures of a playboy named Olivier (Robert Bristol) who seems to have stayed the same age since his days as a Nazi. 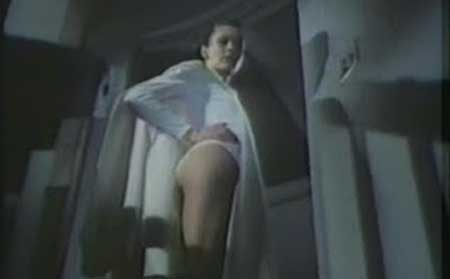 Bristol plays a fairly pompous role, one he wears well as a Dorian Gray look-alike with shiny black hair and the suit to match. As the devil, he’s not very spooky – instead, the film relies on dream-like encounters with fog and pink lighting and grainy shots of a demon-like being that presents itself before the dream ends. There’s also a flashback of Nazi Germany that, besides setting up the main plot, never makes sense at all. 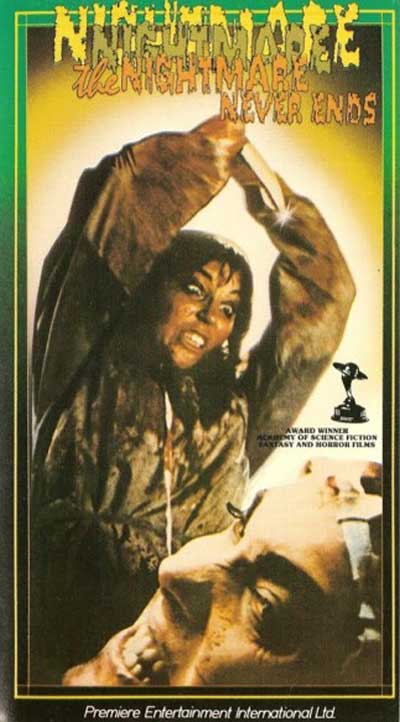 Richard Moll plays James Hansen, an author who has taken on the task of denouncing God while his wife remains a devout Catholic. He switches wigs in the middle of scenes, sometimes sporting white wingtips in his sideburns while at other times his hair remains a shorter, darker shade of brown. His character is really quite limited, and despite the initial reaction the characters have to his new book God Is Dead, he plays an unimportant role in the proceedings. 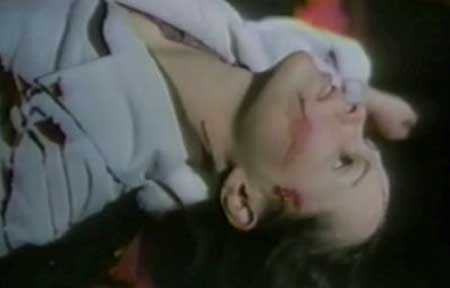 But the thing that really bugs about The Nightmare Never Ends is that the film doesn’t know where it’s going at all. The two sidestories that make up the main plot of the film never cohesively come together: a man named Papini (who I affectionately call Panini) tries to warn the Hansens about the devil by telling Claire that she has to kill him; Mitchell’s character is obsessed with tracking Olivier down, but he never does much of anything; and Claire must, on her own, take down Olivier or die trying. In the end, everything is ineffectual anyway, especially the gruesome surgery scene that Claire performs when she tries to kill Olivier by taking out his organs (as though this might be an easier way than, say, just stabbing him straight through the heart). 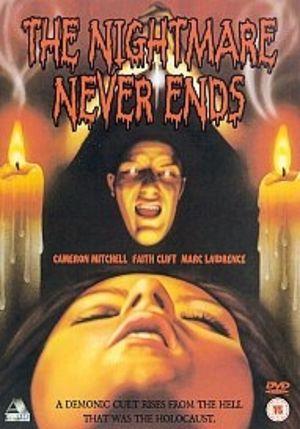 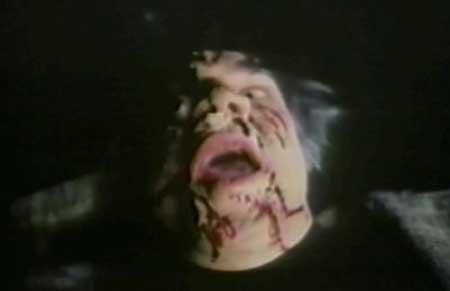 For such a lackluster conclusion, one would think that the film would have to be at least entertaining to sit through, but it’s not. There are so many scenes wasted on random dialogue, or dream scenes that don’t actually do any damage to the victim, that The Nightmare Never Ends drags on and on. There are even a couple of disco scenes in here, just what the doctor ordered for Claire after she explains she’s been having terrifying nightmares. It feels like the film is simply trying to stretch its thin plot to common film length with no regard for plot elements that make sense, and so the film comes across as a short nightmare that has no business scaring anyone. Even with three titles, three directors, and three different versions of the film, The Nightmare Never Ends will never succeed in its attempts to teach about the powers of the devil.