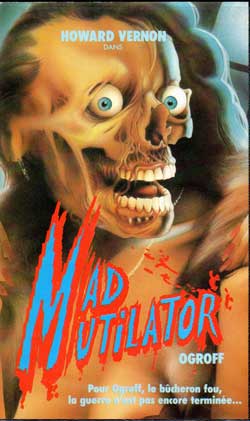 Ogroff is a very odd hermit who lives in the woods in the French countryside. He enjoys wearing a mask, decorating his run-down house with various bones and body parts, and killing anyone who comes anywhere near him or his home. Did I mention that he also keeps a bunch of zombies in his basement for some unknown reason too, because that is kind of important as they eventually get out and go on a killing spree. Oh, and I think that a vampire shows up at the end but I’m not sure.

OK, so I have seen some weird movies in my time but this one is up there toward the top of the list. To be honest I am not entirely sure what I just watched, and while the synopsis above may make this movie sound like it is totally and completely kick ass I assure you that is definitely not the case. The Mad Mutilator (not to be confused with the much, much better movie that is simply called The Mutilator) is pretty much a train wreck of a film that looks like it was shot in someone’s back yard with a cheap camera and was edited by a ten-year-old. I tried my best to overlook all of the film’s flaws (and there are plenty of them) but after sitting through the opening scene which features quite possibly the longest chase scene in the history of film I knew that it wasn’t going to be a very fun ride. 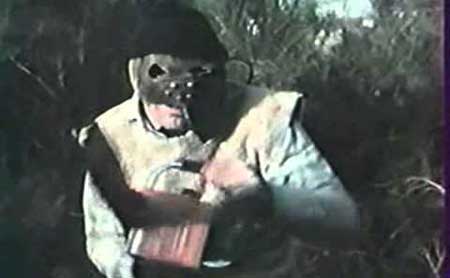 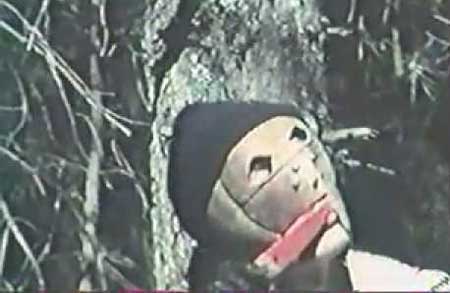 What is wrong with The Mad Mutilator? I don’t even know where to begin. For starters there is essentially no plot at all, and what little story there is makes pretty much no sense. The film is basically a series of scenes with Orgroff killing people who come into his woods, and I really doubt that there was even a script written for the movies. I just picture director N.G. Mount (who also “wrote” the film”) getting a bunch of friends together and telling them to do whatever they wanted as he filmed them as long as they eventually pretended to get killed. There is basically no dialogue whatsoever the entire time except for a few lines (which is a blessing as the sound is horrible and there are actually several times where there is no sound at all) and the editing is terrible. There are honestly scenes that are cut so badly that people appear and disappear from view as if they are being beamed up by alien space craft of something. I don’t know who attempted to edit this thing, but I am pretty sure it was either an elementary school kid or a trained chimpanzee. 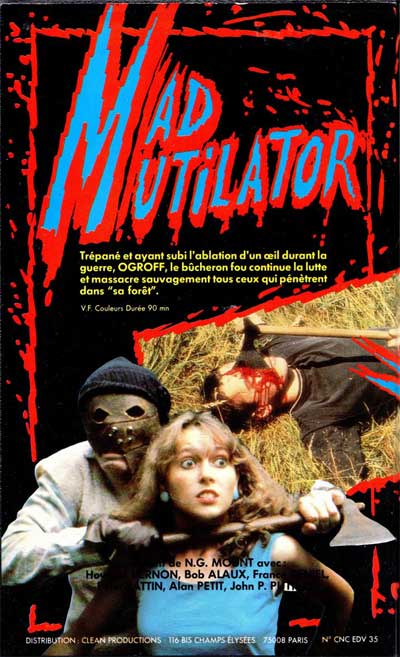 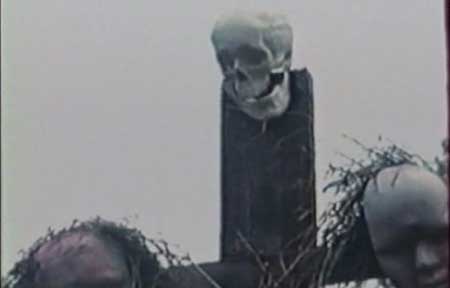 It also basically steals key scenes from other horror movies as well. Just off the top of my head I can name several movies that it rips off including The Texas Chainsaw Massacre, Friday the 13th, the Burning,

The Evil Dead, and even Night of the Living Dead. I am surprised that Tobe Hooper didn’t sue the hell out of the people responsible as Chainsaw is probably the film that it steals from the most. The inside of the house the killer lives in looks just like the one that Leatherface lives in (there are bone wind chimes and other similar decorations), there is a scene (that goes on forever) where someone is killed with a chainsaw (and another one where Orgroff dances around with a chainsaw ala Leatherface), and there is even a point where a female victim is taken hostage and tied to a chair at the dinner table! I expected Orgroff’s grandpa or brothers to eventually make an appearance! I guess Hooper realized that this movie was horrible and figured that no one would actually see it so he didn’t bother with a law suit. 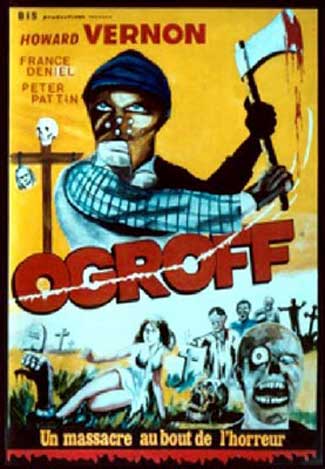 The effects are also pretty terrible. With the exception of someone getting an ax blade imbedded in his face the other gore effects are laughable. I am pretty sure that they used tomato soup for blood and it is painfully obvious all the decapitated heads and limbs belong to mannequins (how many mannequins had to die in order to make this movie?). I understand that it is low budget as hell, but if you don’t have a lot of money to spend on effects make sure that you don’t go out of your way to showcase how terrible they are with long, lingering shots of them like is done in this instance. I appreciate the fact that there is a ton of bloody death scenes (including a little kid very early on, which is pretty ballsy if you ask me), but unfortunately most of them looked pretty sh*tty. 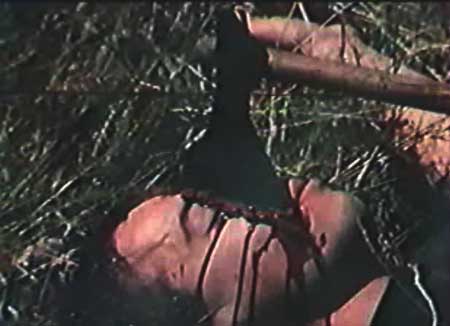 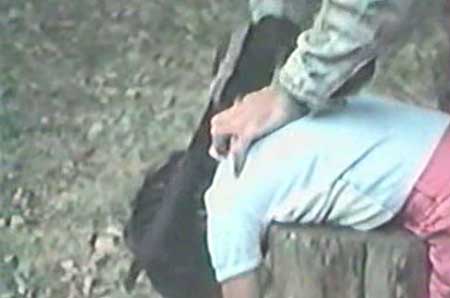 I went into The Mad Mutilator expecting it to rock. It was made in the early 80’s, it was a low-budget slasher, and it was about a dude going around killing people in the woods. Ordinarily I would absolutely love a movie with all of this going for it, but sadly that wasn’t the case this time around. It was pretty bad and unfortunately I have a bad feeling that it will one day be a favorite among hipsters who will swear that it is an early masterpiece. Check it out only if you think it sounds interesting and you don’t have anything better to do as it doesn’t have a whole lot going for it (though I did appreciate the fact that the killer-who is an utterly insane person with no regard for himself or anyone else-takes a moment to promote motorcycle safety at one point by putting on a helmet and giving chase to a fleeing victim on his bike).