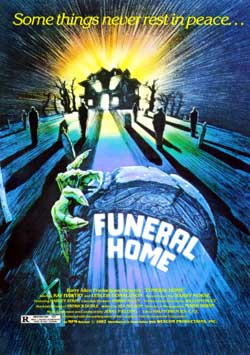 When a teenaged girl named Heather (Lesley Donaldson) goes to live and work in her Grandmother Maude’s (Kay Hawtry) newly opened bed and breakfast strange things begin to transpire. People disappear, seemingly vanishing off of the face of the earth. Continuous reassurance is offered to the youth. After all what could go wrong in a dwelling that used to reside as the town’s local funeral home?

Funeral Home often billed as Cries in The Night in other countries shows encouraging promise in the initial opening scenes. We’re graced with exposition grandeur as teenaged Heather (Lesley Donaldson) is walking along a lone rural road with suitcase in tow. A certain sense of unease is exploited well as she moves reluctantly along en route to her grandmother’s house. A symbol of things to come is presented in the form of a black cat that thrives on the girl’s superstition seemingly taunting her with each passing step. 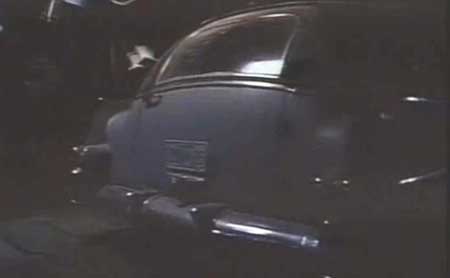 The plot moves along slowly at first concentrating on character development. We’re introduced to Maude (Kay Hawtry), Heather’s grandmother. She’s cast quite brilliantly as the holier than thou moralistic proprietor of the bed and breakfast recently renovated from the town’s local funeral home. Maude is shades of Kathy Bates from Misery without divulging too many plot spoilers. Needless to state her character builds momentum as the story trudges along tweaking our level of discomfort and disbelief.

At first glance many of the suspense fuelled scenes are frustrating to watch as they’re almost inevitably shot in such darkness the viewer cannot decipher what exactly is going on. For the time frame this was most effective cinematography as we’d become privy to the style in such other blockbuster hits of the era such as Friday the 13th and Halloween. It wasn’t until recently this technique was rediscovered in Hollywood proving that less is sometimes more. It preys upon the imagination playing subtle games with our subconscious rather than being plagued with screams and copious buckets of blood. 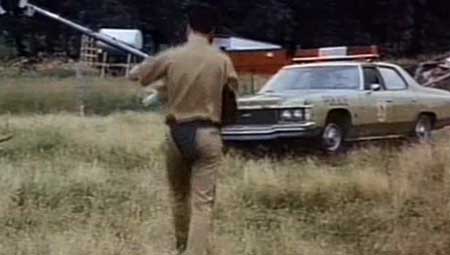 We’re treated to a lot of outdoor scenery as the film was shot in Flora, Ontario. Many of the scenes alternate back and forth between the outdoors and locale of the bed and breakfast including the dense brush of the country side, nearby cliffs surrounding a swimming hole and the interior, rustic atmosphere of the inn. A re-mastered, digitally enhanced version of this picture would draw in a much wider audience of today.

Funeral Home was nominated for three Genie awards (Canada’s answer to the Oscars) for best achievement in film editing, best achievement in sound editing and best performance by an actress in a leading role going to Lesley Donaldson playing Heather.

For the most part the costume design seems inconsequential. There are key elements that date the film to its 1980 time frame. Seeing the wardrobe donned by the thespians is borderline comical with brash striped designs and post bell bottom jeans and knee high socks that characters wouldn’t be seen dead in today. It works for this era however and we buy into the visuals without hesitation. Donaldson looks memorably striking in her one piece bathing suit that seems to have leapt off the pages of a nineteen thirties catalogue. The basement of the bed and breakfast is particularly effective doubling as a shrine to the local funeral home. Bottles of preserved organs and pickled formaldehyde decorate the walls in all their ominous glory. 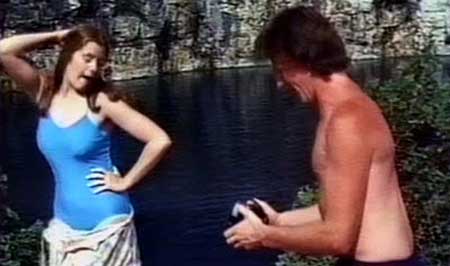 One notable slice of trivia that may be interesting to fans is the fact the movie setting is to take place in the United States yet the Canadian flag is displayed prominently in front of one of the town’s busiest offices.

The special effects aren’t over indulgent in Funeral Home and much of the climactic action feeds upon the subconscious via cinematic techniques such as panning the camera away from the murderous onslaught before us. This is effective in any who-dun nit type themes as we’re left in the dark and wonder who exactly the serial killer is until the final few minutes of the story. It doesn’t deter from a gripping story. In fact the plot is salvaged and redeems itself as we’re compelled to find the answers to the mysteries right along with the protagonists. Some gruesome, memorable footage is seeing Heather’s Grandfather exhumed and preserved in rotting, decayed spectacle. 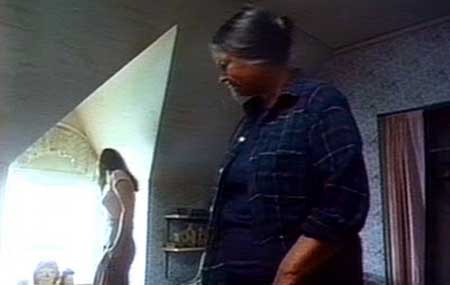 It’s evident to see just how the editing and sound effects made it to a Genie nomination for achievement in 1980. Although the competition may not have been all that stiff at the time and the primitive comparison to today’s technology would make the efforts laughable, it does contribute to some most unsettling scenes. Whispers of multiple voices eclipsing one another from the bowels of the cellar create a creepy, eerie feeling guaranteed to raise the hairs upon the back of your neck. The musical score works in spades as well. An orchestra is utilized and thankfully still common place in horror cinematic fanfare for this era. One suspense filled scene that stands out in mind is the character of Mr. Davis (Barry Morse) being pursued by his assailant. An unusual drum track is ignited certainly intended to get our pulses racing in tempo. The payoff is extraordinary as we watch in disdain Mr. Davis’s ultimate demise yet we still have no clue as to who the killer really is. 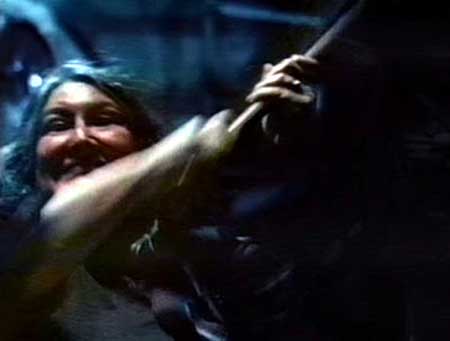 According to Lesley Donaldson the film has achieved quite a cult classic following in Mexico. She describes the picture as a cross between Red Riding Hood and Alfred Hitchcock’s Psycho. It is exceptional in a sense that we wonder throughout the film who the killer is. Is it the mental challenged care taker? Is it Heather’s boyfriend? Is it Grandfather resurrected from the dead to seek revenge for the foreclosure on his beloved Funeral Home? Or is it something else entirely more sinister? For fans of the genre it’s worth a chance yet I wouldn’t expect to be bedazzled with contemporary innovation.