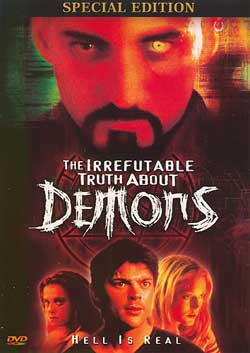 Anthropologist Harry Ballard researches obscure demon cults and sects since his brother died, victim of one of those same demon-worshiping cults. One day he receives a treath from a so-called Black Convent, whose leader seeks to prey on Ballard. With the help of a strange, sexy woman he makes his way through the night in search of his salvation and the redemption of his lost brother. 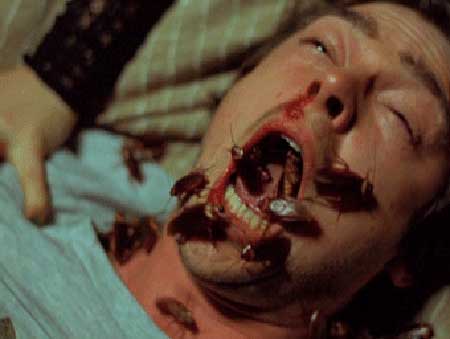 Anthropologist Harry Ballard (Karl Urban) has seen his share of tapes, reports and videos involving the occult. In fact, he has spent a great deal of time debunking them as frauds or forms of manipulation that many people have assumed otherwise. His brother was also involved in one of these so-called called The Black Lodge. He committed suicide a few months back and has left a dark impression on his brother Harry. Harry receives a tape that mentions Harry by name. The tape dated a year ago is meant as a form of threat, but nothing that Harry hasn’t received before.

As he is leaving work, he is assaulted by this very cult (The cult attire is pretty predictable…punk clothing, nose rings, dyed hair (or shaved for that matter)…but none-the-less effective from a gang of thugs perspective) that chains him to a room with intent to harm. Harry escapes while trying to shake the Heroin injection they gave him. 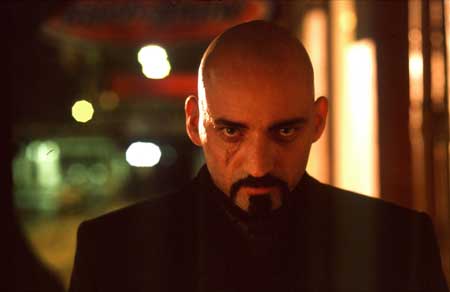 This cult led by Le Valliant (Jonathan Hendry), seems intent on driving Harry mad by making him suffer for his ignorance. Not to mention, Le Valliant also appears to be in league with actual demons who continue to haunt, taunt, and stalk Harry in purpose of making him a believer. Very early on, Harry is befriended by a bizarre woman named Benny (Katie Wolfe) who professes knowing “alot” about what’s going on and the ways of the occult. They begin to grow in union as Harry is driven farther into madness from the cults mind trips. All the while, Harry keeps catching glimpses of actual demons which roam the alleys of the back streets. (real or imagined???)

Harry has to endure murders, bloodshed, and the crucifixion of his girlfriend Celia (Sally Stockwell). Things begin to take a turn when he see his girlfriend Celia again “now” embracing cult leader Le Valliant. As Harry’s world continues to falter into a tailspin, he becomes more involved into the lair of the beast. With the aid of Benny, he soon discovers a power within and the dark truth about his deceased brother. 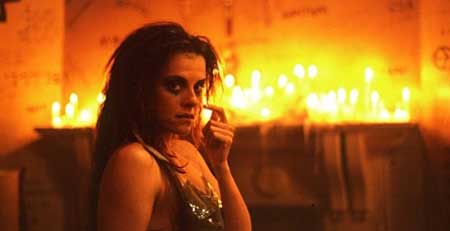 Actor Karl Urban holds the film together with a pretty decent performance. His film sidekick Katie Wolfe reminds me a bit of a Helena Bonham Carter though is perhaps too “wigged out” most of the time to really connect with on a cohesive viewer level. Jonathan Hendry does his best Anton Lavey really selling us on his penchant for being a true villain with intent. I’d like to see more of him in other films.

“The Irrefutable Truth About Demons” was filmed in New Zealand which is apparent by the several accents used in the film. It first came to my attention as an exclusive “Blockbuster” release. Directed by Glenn Standing, the film was regarded as a B-movie release that offered an original premise. It uses special effects on a limited basis which are primarily used in respect to the demons themselves. 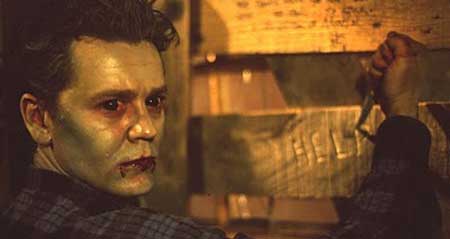 The film tends to spin around a bit with a sometimes confusing storyline, however I confess to liking this film over the years if not for its abstract vision. There are a few instances where your not entirely sure if the director wanted us to “think” it was all a disillusion, though I came away based on the finale with the notion that demons and cults are a real part of this fiction meant to misdirect with insanity. In fact, the final scene with Celia actually draws it all back in again in case your confused. If your in the mood for a off beat Satanic film, then you’ll want to pick this one up.

The Irrefutable Truth About Demons (2000)