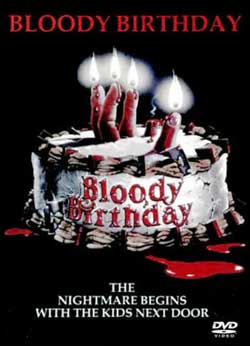 You think kids today are bad than you should check out this one from the early 80’s, these kids are downright evil. Three kids born during an eclipse are born without a conscience and proceed to terrorize a small town in this sicko classic from everyone’s favorite mom and pop video shop. 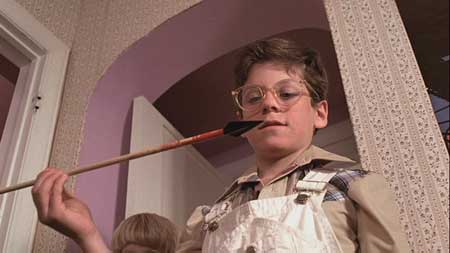 Ah the mom and pop video stores of my youth. I would sit for hours while my parents were shopping and just look at the covers of the horror section. My gore soaked mind would instantly start imagining the horrors that were kept inside such a box. Bloody Birthday was one of the films where the poster definitely had an effect on me. A severed hand lit by candles, my young mind only could imagine the evil that was kept within the box. Of course my mother had another opinion when I approached her with the box at a young age and so it goes that I wasn’t allowed to get the film. Flash forward years later, my mind still haunted by that box art it was only a matter of time before I saw the film once again on a shelf, this time at my local retailer yet once again that image spoke to me and the child inside me brought the video home.

Bloody Birthday is definitely a twisted little film; it involves three children who were all born at the same time, during an eclipse. The three children have no morals and are truly twisted. The girl in the group allows the young boys to spy on her older sister. The same young girl also proceeds to beat her father to death only to cry for her mother afterwards claiming “daddy fell!” Another young boy who is frightened of the group still hangs around with them until even he is stuff inside of a trunk in a junk yard during a game of hide and seek. Yes these kids are bad, and they were bad before the huge swarm of “bad kid” movies that seemed to have a peak in the 90’s, even though films like Orphan have recently revived this twisted subgenre.

The film isn’t all that gory so gore hounds might find themselves pretty bored as we watch the kids act like they are poisoning a cake for their birthday party. They might even find themselves bored when the devilish young girl shoots her sister with a bow and arrow through the same peephole that she allowed her twisted brethren to watch though. Did I mention that the older sister is Julie Brown from MTV fame….no not “Downtown Julie Brown”….the other one….the one with the television show in which she proclaimed her love for 80’s rocker Kip Winger. 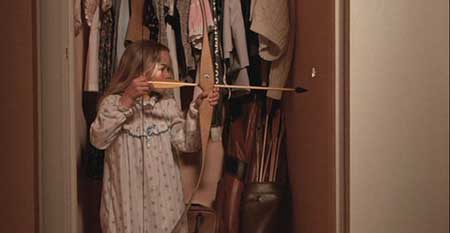 All of us juvenile delinquents who grew up during the 80’s will remember and will enjoy the brief topless scene that she performs…..before you get too excited though pervs this is the only scene of nudity really in the film. Instead we are left with a study in which we watch these three kids terrorize the town only to have one young boy and his sister attempt to stop them. Of course no one believes the young boy until it is almost too late. 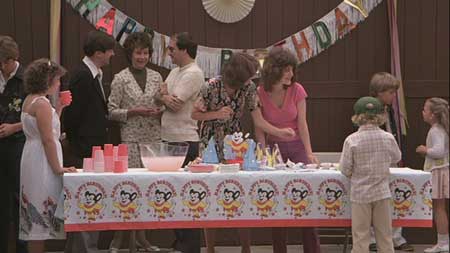 Bloody Birthday is a great example of a horror film from this era; it is so over the top that it is quite entertaining. One really can’t turn away from it while it plays. The actors really do give it their all even though this film was definitely doomed to haunt video shelves and horror film collections in years to come. Is it worth checking out? Hell yes it is! This little nugget is twisted, gory (for its time) and actually quite funny during certain sequences. It definitely deserves to be on every horror film fans shelf…..if just for that cover at alone!