SYNOPSIS:
“As a result of an arctic nuclear test, a carnivorous dinosaur thaws out and starts making its way down the east coast of North America. Professor Tom Nesbitt, only witness to the beast’s existence, is not believed, even when he identifies it as a ‘rhedosaurus’ to paleontologist Thurgood Elson. All doubts disappear, however, when Elson is swallowed whole during an oceanic bathysphere excursion to search for the creature. Soon thereafter the rhedosaurus emerges from the sea and lays waste to Manhattan Island until Nesbitt comes up with a plan to try to stop the seemingly indestructible beast.” (courtesy IMDB)

REVIEW:
The year 1953 was a good one for archetypal genre films. It saw the arrival of the first film about a giant monster being awakened by atomic radioactivity and causing havoc, before being finally overcome. Called The Beast From 20,000 Fathoms (1953) and directed by Eugène Lourié (former designer to Jean Cocteau although you wouldn’t think so watching this), it obviously owed a lot to The Lost World (1925) and King Kong (1933), but the topical gimmick of radioactivity made it seem fresh and new. The monster in this and subsequent imitations really represents the atom bomb itself, as well as a form of divine retribution. The message is that mankind’s technological tampering with nature will only result in nature striking back – the biblical connotations reached their extreme with another Lourié film, The Giant Behemoth (1959) which took its title from a passage in the Bible – the same message propounded by the Mad Scientist films of the twenties, thirties and forties. The fifties, however, had the atom bomb itself to show what form that destruction might take. 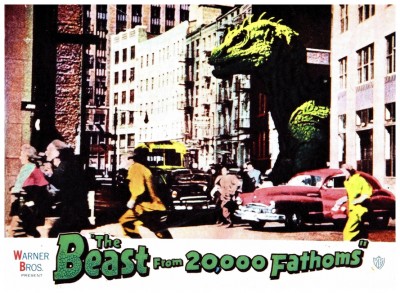 Inspired by a Ray Bradbury short story called The Fog Horn, which was about a lighthouse foghorn being answered by the mournful cry of the last prehistoric monster left alive. The Beast From 20,000 Fathoms begins, like The Thing From Another World (1951), in the Arctic where a nuclear bomb has just been detonated. Investigating the site of the explosion, Professor Nesbitt (Paul Christian aka Paul Hubschmid) sees briefly what appears to be a large reptile moving through the blizzard. At first he believes he is mistaken, but later other sightings of the creature are reported and it is discovered the explosion has revived a prehistoric monster buried in the ice for countless years. The giant reptile, identified as a rhedosaurus, is not only infected with highly dangerous germs but is also heading for New York, which happens to stand on the site of the monster’s old breeding grounds. Eventually the beast arrives there, causes the expected amount of damage, and is finally trapped and destroyed in an amusement park, consumed in flames amid a tangle of wreckage after being shot with a radioactive harpoon fired by a US army sniper (Lee Van Cleef).

Despite its early similarities to The Thing (including actor Kenneth Tobey), The Beast From 20,000 Fathoms lacks the style, wit and excitement of the Howard Hawks’ film. The screenplay was by Lou Morheim and Fred Freiberger – the latter of whom when on to produce the final seasons of both Star Trek and Space: 1999 – but the most interesting aspect was the special effects by Ray Harryhausen. Harryhausen had decided to specialise in the model animation techniques perfected by Willis O’Brien and had worked on a picture with O’Brien in the mid-forties. Called Mighty Joe Young (1946), this was a small-scale remake of King Kong (1933) and concerned a fifteen-foot-tall ape captured by cowboys in Africa and taken back to America to be put on display in a night club. The film was well-received but wasn’t exactly a box-office success, coming out at the wrong time – too late for the horror boom of the thirties, and too early to take advantage of the monster boom of the fifties – but at least it earned O’Brien a well-deserved Oscar. 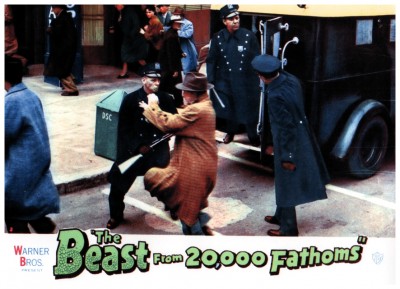 I was lucky enough to run into Mr. Harryhausen on the set of Spies Like Us (1985), who told me: “We’d started a new film right after Mighty Joe Young. O’Brien had written a story about a bull, a boy and a dinosaur, and Jesse L. Lasky Senior was interested in the project for Paramount, but there was some difficulty in raising the finance and, after many months of preparation, it was finally called off. After that I went back to making animated fairy tales for a time.” During the same period Harryhausen was trying to launch a film version of H.G. Wells’ The War Of The Worlds using the stop-motion model animation process. “I did a number of drawings and took them all over Hollywood. This was long before George Pal produced it for Paramount. Again Jesse Lasky was interested and he tried to get MGM to do it, but nothing happened. I still have the drawings and would like somebody to remake War Of The Worlds the way Wells wrote it, rather than modernising it as Pal did.”

Harryhausen hadn’t been long back to his fairy tales when an acquaintance introduced him to producer Hal Chester who wanted to make a movie about a monster from the sea. “That resulted in The Beast From 20,000 Fathoms, the first film where I was in sole charge of the special effects. It was also the film for which I first developed a simplified technique of combining animated models with live backgrounds. The film had a very low budget, only around $200,000, so I couldn’t afford the complicated and expensive technique of using glass paintings combined with miniature rear projection in the manner of King Kong and Mighty Joe Young.”

Despite its small budget, The Beast From 20,000 Fathoms turned out to be one of the top money-grossers of the year and immediately began a trend. Soon atomic radiation was spawning all manner of monsters – giant reptiles, giant insects, giant spiders, giant scorpions, even giant people. Warner Brothers, who had released The Beast From 20,000 Fathoms and subsequently made a fortune from it, followed it up with Them! (1954), the first of the giant insect films. But that’s another story for another time. I’d like to thank the Film Fantasy Scrapbook by Ray Harryhausen for assisting my research for this article, and ask you to please join me again next week as I discuss the brutal slashing of budgets and death by a thousand cut corners for…Horror News! Toodles! 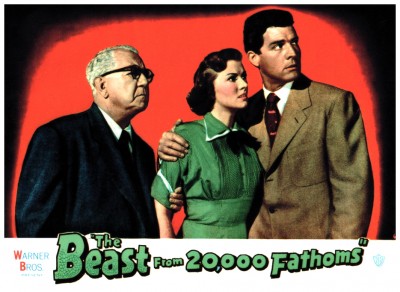 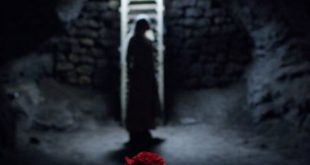 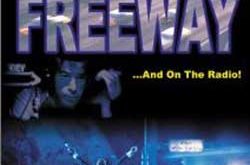