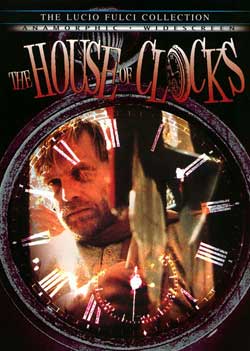 Three lowlife punks are trapped in a posh villa while trying to rob it and become at the mercy of the murderous owners whom have the power to stop and reverse time via their mystical clocks.

From famed Italian horror director Lucio Fulci comes The House Of Clocks, a somewhat tame Italian horror movie (though considering it was shot for television pretty gory) that relies more on atmosphere than straight-up gore. Another way to say that is “it was a nice change of pace.” 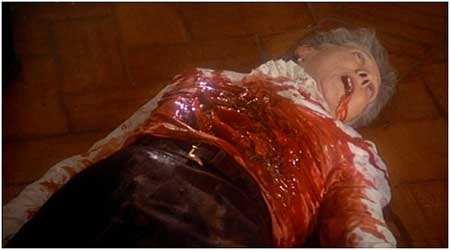 Don’t get me wrong, I like a good gorefest but all things in moderation. Give me a good atmospheric chiller with no blood and I’m right there as well. That said, The House Of Clocks falls somewhere in between. It’s not particularly scary (no need to turn the lights on) and the blood, while definitely present, will not be enough to satisfy your average gorehound.

In the end, this is a good film, and one of the best features is the way it uses props, in this case clocks. Seemingly hundreds of them. Props, when used effectively, are one of the most powerful tools a horror filmmaker can use. Well, any genre really. Probably the greatest use of the “clock as prop” would be the western classic High Noon with Gary Cooper. 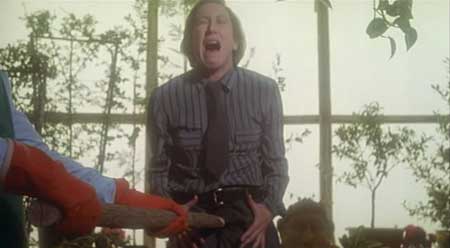 Sometimes I forget just how scary clocks can be. Maybe it’s their rhythmic ticking sound, or the dread of what happens when the clock strikes twelve, or any hour for that matter. The deep gong that comes from a grandfather clock can send shivers down any horror fan’s spine.

Vittorio and Sara are not your average older couple. He likes to collect clocks and take care of them, calling them his “children.” Sara likes to cook, garden and, if time permits, impale the maid. After all, according to Sara, “she broke too much, she knew too much.” And you thought getting fired from a job was bad! They share the house with their one-eyed groundskeeper, Peter, who is quite adept at digging graves.

And did I mention their nephew and his wife who are now just corpses down in the basement. Dressed to the nines in their wedding day attire and even in their own coffins, these two get the pleasure of being cared for by Vittorio and Sara. Even in death the bride gets her daily application of lipstick. How thoughtful. 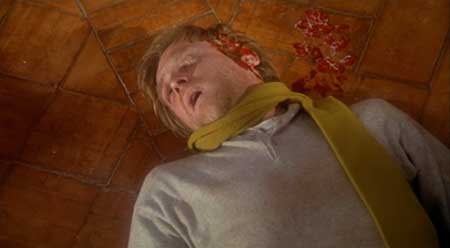 Into this slightly insane world come three young people, Tony, Sandra and Paul. Deviants might be the better word as they pretend to have a broken down car in front of Vittorio and Sara’s home just so they can get inside and rob the place. Too bad things don’t go quite as planned.

All in all I would have to say I enjoyed this movie. One of those you’re not quite sure how it might end though you’ll have some pretty good guesses and some of those will be right. I do have to mention that the end of the film might disappoint some but for me it wasn’t enough to ruin the movie.

As mentioned above the use of the clocks is fantastic. The sound guy deserves most of the credit as their ticking and chiming act almost as the soundtrack. Really cool. Fulci does a good job directing and keeps what tension there is in the film pretty tight. His visual cues for the clocks are great as well and add yet another dimension. 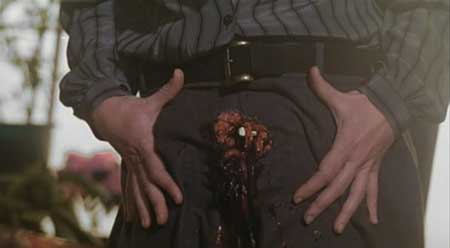 As for the gore, not bad though pretty tame. You get the usual gratuity one might expect from Italian horror but it never goes over the top. The acting is above average for a horror movie and I really enjoyed Paolo Paoloni as Vittorio, the kind yet demented old man with a peculiar hobby. 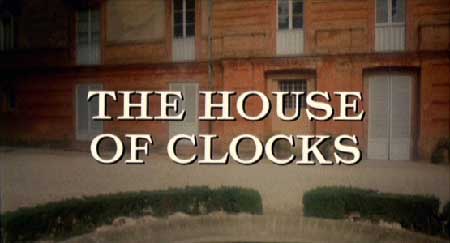 I would rate this a rental, good to see once especially if you enjoy Italian horror. If you are a fan of Lucio Fulci this might rate a purchase though I would advise watching it first if you can. It’s not his typical fare, per say, but in a way that is what makes this a pretty cool movie.